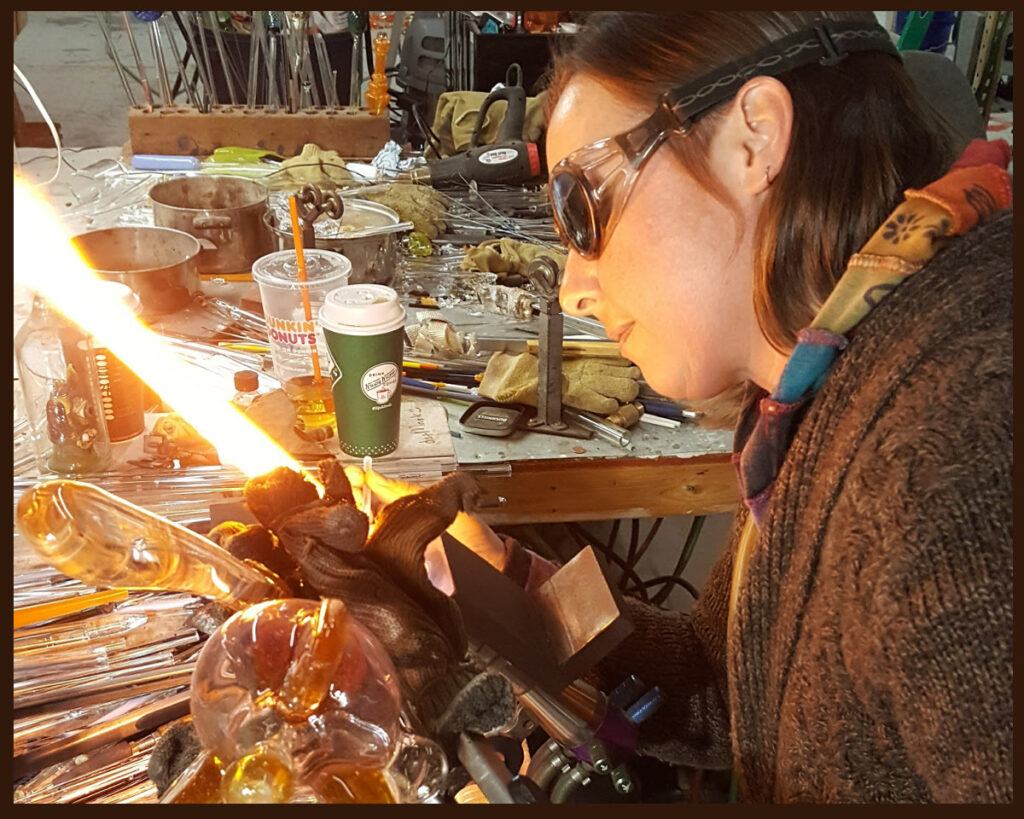 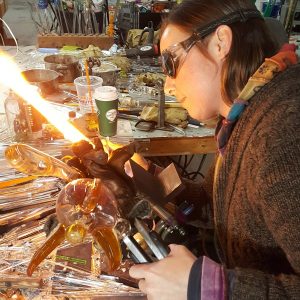 Erin Cartee still has her very first pipe. Come to find out it was made by one of Bob Snodgrass’s gang, but more than that, Erin was completely mesmerized by the piece. She later discovered a Kevin O’Grady marble while attending a Widespread Panic concert; So strong was her fascination that it pulled her into the becoming a glass artist herself.

“I didn’t really have anywhere to learn, so I just put glass in the flame and messed around with it to see what would happen,” Erin says. “I had dabbled in other creative mediums, but once I found glass I was hooked.” 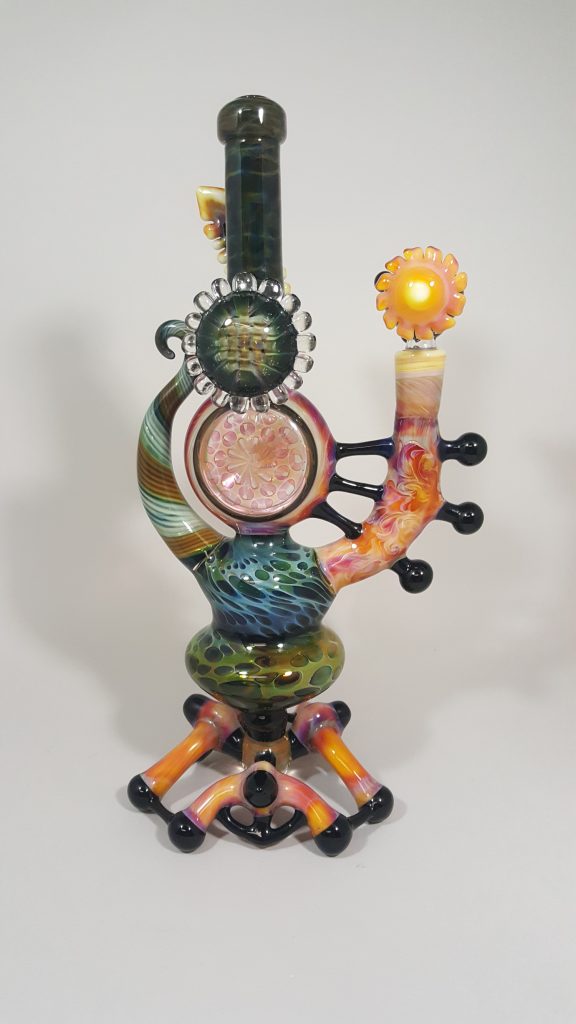 Erin’s first pipes were “as sloppy and basic as you could get,” and being self-taught, she immersed herself into the three websites devoted to glass pipes in the early days of the Internet, deconstructing what she saw and learned how to put it back together.

That was back in 1999, and as luck would have it, a few years later, just as Erin was getting into the swing of being a full-time pipemaker, Operation Pipe Dreams happened! One of the shops Erin sold to was raided, and being a new mom, she wasn’t about to risk having the feds coming her way. So she went underground with her glass creations, switching over to the craft show circuit with marbles, paperweights, and pendants.

Erin never gave up pipe-making altogether, and now with the industry becoming more mainstream, she’s back to her first love. She’s best known for her fume work, which gives the glass an almost magical reflective quality. 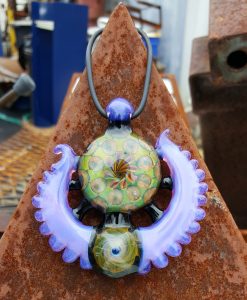 “I like it because of the color changing,” Erin says. “You can put things into the glass that people won’t see until they use it. That was the magic of her Bob Snodgass pipe.”

Erin has also mastered techniques for writing words with tin glass stringers (similar to a disc flip), which are now included in the marbles and pendants, and even appendages to decorate pipes. Life is Good, Be Kind and Suck on This are a few of her favorite phrases.

“It takes real precision,” Erin explains, “with the right amount of heat, in exactly the right spot. One tiny little mistake and you’ve got to throw the piece away.”

Erin can be found in her Asheville 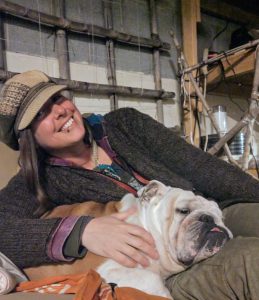 , North Carolina studio twelve hours a day. Along with her headies, she has a couple of production lines — spoons with words written into the ends, and colorful chillums in the shape of fishing lures. She is represented by a number of distributors including Smokey Mountain Glass, Glassex, Dreaded Punky, Burner Glassworks, and Joint Forces.

“I just try to make pieces unique to ME,” Erin says.

“I still enjoy the act of just melting the glass and making something with fire,” she adds. “I love to open my kiln in the morning and see that everything came out right and look at all the details. I don’t know that there’s any one thing that inspires me. . . I just love everything about glass blowing.”