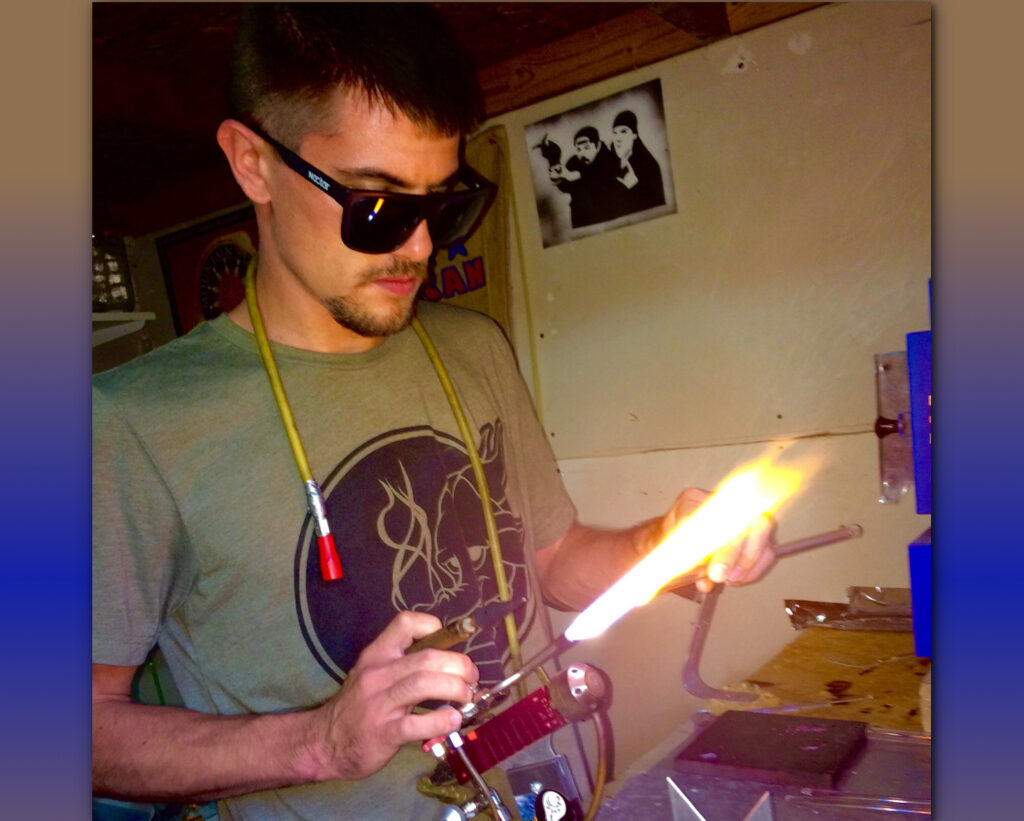 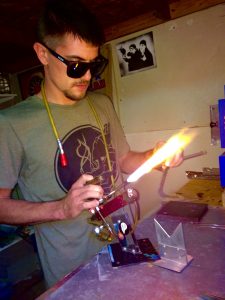 They say, “A classic never goes out of style,” and that’s just the case with the wig wag designs being created by Illinois glass artist Evan Suzewits.

“It appeals to me more to see the crazy lines and bright colors than the big transparent pieces,” Evan says. “The big, bright, bold style reminds me of tribal tattoos.”

Evan, 24, was motivated to learn the art of glass blowing after seeing a intricate pipe created by WJC (Justin Cothren). 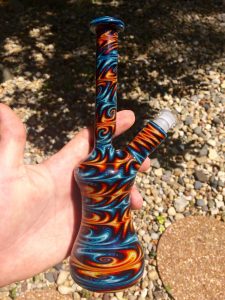 “I’d never seen a pipe with such detail and so much work put into it. It just blew me away,” Evan says. “I went home and looked on Youtube, and saw that people were actually making crazy glass for a living. . . I guess I was naive because I’d always thought it was machines making things.”

Evan took some classes in glass blowing, and after about six months of learning the fundaments, he set up a home studio where he would experiment further with pipe making. At the time, he was working as a cook, and he spent his free time on the torch. Soon he was able to create pipes as a full-time job.

Inspired by the linework of Jason Lee, Cameron Burns and Eusheen Goines, Evan made that niche his speciality. 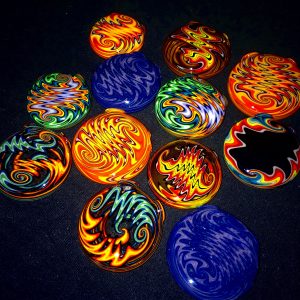 “Basic wig wags always sell, but I want to take it to a new level,” he says. “I’m working on making it “disoriented” where there will be hundreds of lines and you’ll never be able to follow they start and end.”

Decatur is a town of about 90 thousand people, and Evan is one of the only glass blowers in the area. He puts time and effort into making quality pieces, and prices them so they are affordable to both retailers and customers. As an up and coming artist, he also focuses on customer service, often packing in a few extras with his orders.

Evan has only been at the torch for a few years, but it wasn’t long after sharing his work on social media that people started to take notice of his dedication to producing clean linework in his pendants and mini rigs. 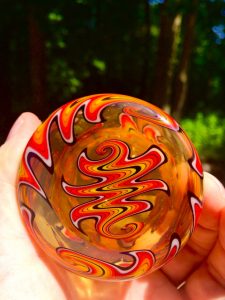 Still, Evan, attributes a lot of his success to luck. “I’ve never looked at myself as a great glass blower. I’ve always just had fun and made what I wanted to make.”

“The main reason that I got into glass blowing is because I love pipes. I’ve always been fascinated since the first time I went into a head shop and saw a color-changing fumed spoon,” Evan says.

“We’re always going to have the old school folks or the newer age that goes for old school,” he adds, “Like me, they respect the tradition. . . it would be a shame to see tradition die.”