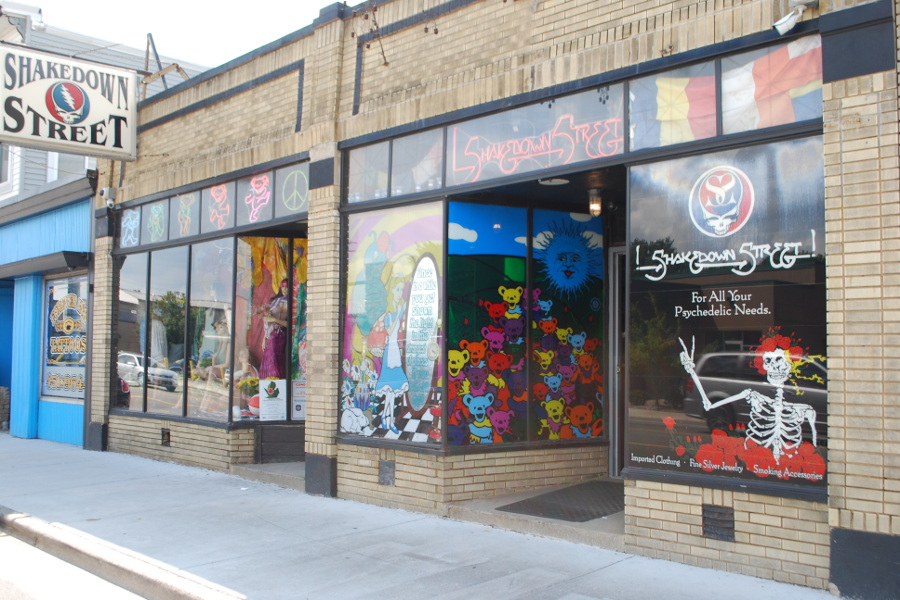 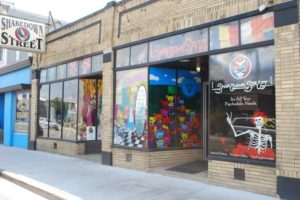 “I think it’s the kindness that brings them.”

When Shakedown Street’s co-founder and owner, Rhonda Bronkhorst-Miller discusses her business’s enduring success, her inclination is not to rattle off the usual numbers and figures, strategies, profit margins, etc., that make an establishment look good on paper. Instead, she opts to delve into those elements that exist between the margins; the intangibles, the abstract concepts that fill the cracks left behind by mere numbers and breathe life into the machine.

“My customers love the feel of coming in here,” Rhonda posits. “My employees are very kind. We treat every single customer with respect. 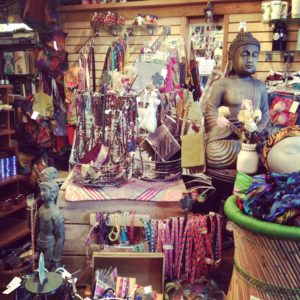 We’re never rude. My customers come in here and go, ‘Oh my God, it’s like I just stepped back in the 70s.’”

In many ways, the 2000 square foot Grand Rapids destination could easily be described as another shop playing on the nostalgia of Baby Boomer idealism, and in many ways, that view could be considered accurate. But to end the description there is to miss the essence of what Rhonda has created, not to mention wallow in unnecessary cynicism.

Obviously, the tapestries, tie-dyes, incense, classic rock t-shirts, posters, glass art, smoking devices, et al that pack every nook and cranny of Shakedown Street elicit the feel of the Dead lot grey market its namesake implies. But having spent five years following Jerry and Company herself, Rhonda’s vision for her store stretches far beyond the fashion statements of the era. 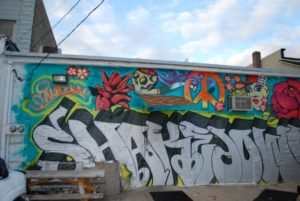 “Being a deadhead, being on tour for five years, meeting so many amazing people, I wanted to keep the hippie vibe alive . . . It changed who I was. It made me a much kinder human being. It opened my eyes to how other people live and made me more accepting.”

It’s within these words that one can understand the how and why of the countercultural institution’s 25 years of success, of why it was Shakedown Street that graced the cover of the Wall Street Journal when we lost Jerry. Rhonda gets it. A true Dead shop should foster an atmosphere where the kindness and acceptance are equally as present as the tie-dyes and waterpipes. Otherwise, it’s a body without a soul, given to decay. This isn’t speculation. For though mainstream America has attached a myriad of ideas and stereotypes to the culture which the Grateful Dead spawned, the bandmembers themselves defined it exactly in this way. When Mickey Hart chose the words that would punctuate the legendary act’s half-century career, they weren’t 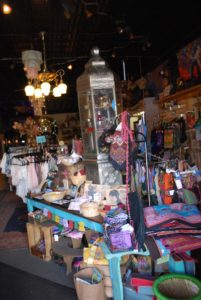 “party on,” “eat more LSD,” or “wear brighter colors.” They were simply and eloquently, “Be kind.”

However, without the body, the soul typically can’t linger for long and within our analogy, that brings us back to the products. In her 25 years, Rhonda has seen this industry evolve from papers and acrylics to the high-tech digital technology of vapes, e-nails and beyond.

“When I first started,” she reminisces, “it was just Graffix Waterpipes. We would sell those all day.” Of course, there was a handful of other staples, the metal pipes, dugouts and eventually the glass accessories, all of which they still carry. But none of them were easy to come by in the beginning.

“Oh my God, trying of find this stuff was the hard part. It was so difficult. Like, just to get ahold of Graffix was nearly impossible because they were so underground and no one was telling you where they were getting their stuff.” 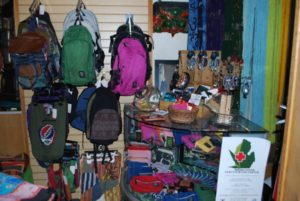 Nevertheless, even a retro store must keep pace with market trends. Luckily, Rhonda has a team of youthful employees who keep their finger on the pulse, helping her stay up to date on trends and products as well as maintain an active social media presence that includes a Facebook page with over 20,000 likes.

That`s not to say that Rhonda isn`t digitally active herself. She`s just more politics than business these days, with Twitter being her preferred medium and disdain for the orange president, her favorite topic.

“I was in such a funk when Trump won. I’m very political. I Tweet Trump and his clan just about every day just because it’s an outlet. Somebody will listen to me.”