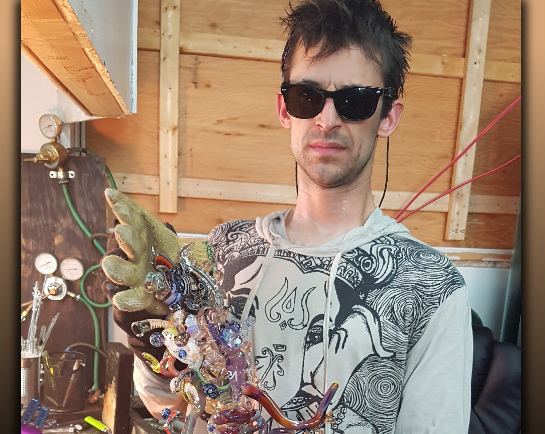 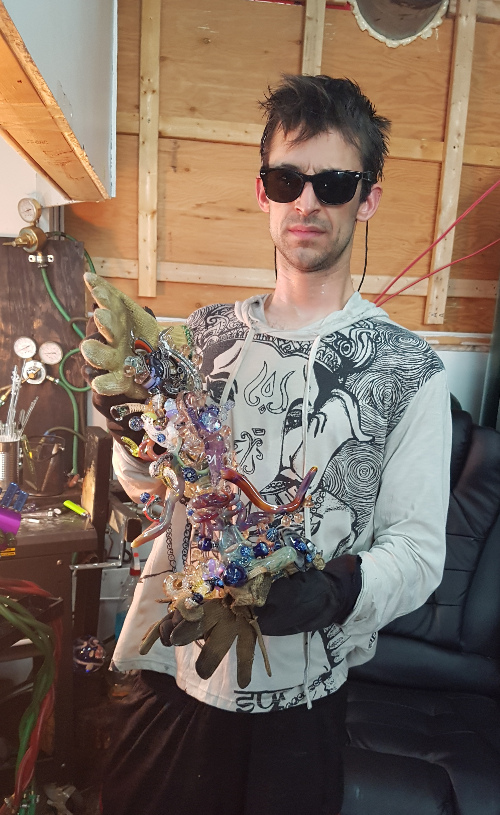 Some glass artists are known for a specific style. Galen Sawatzky likes to mix and match the different techniques that he’s perfected in more than fifteen years at the torch to create the most wildly imaginative pieces possible.

Originally from Vancouver, British Columbia, Galen, 29, started blowing glass when he was only twelve, learning from sister who lived in the states and clued him in to the trends and new techniques within the pipe making community. Now in Quebec, a province located in eastern Canada, Galen is stirring up the local scene and quickly becoming a name sought by collectors in the Lower 48. 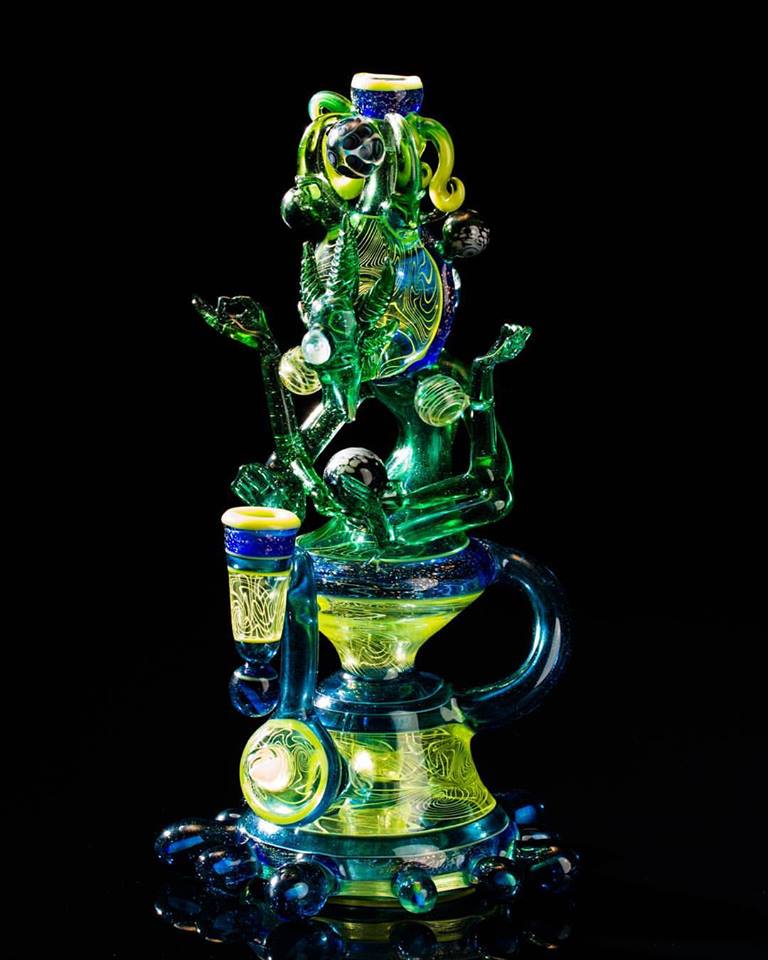 Many times, Galen will spend weeks doing prep work, such as creating a pile of millis, and then with the structure of the piece in mind, whether a recycler or straight tube, he’ll fire up the torch and just let things evolve as they will.

“Glass is a diverse and dynamic material to work with,” Galen says, “. . .there are so many possibilities.”

Galen’s pieces have a psychedelic feel, and it’s no coincidence that he draws inspiration from the highs of festival life. “I definitely like to do trippy art,” he says, “so I try to incorporate a lot of my ‘inner vision’ into the work.” 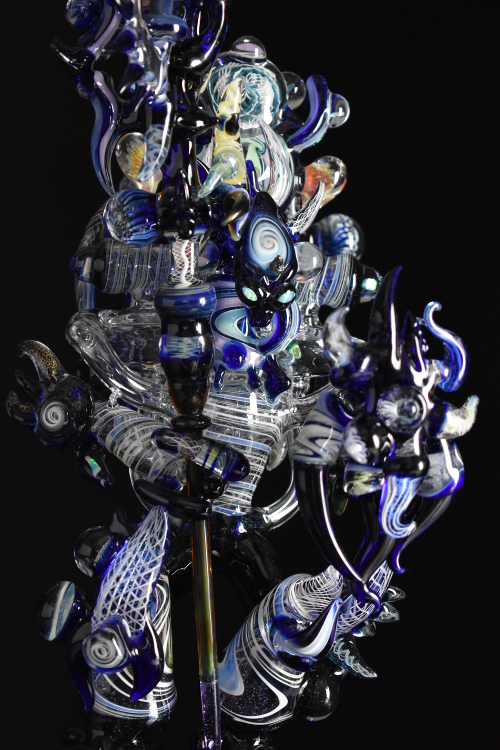 Of course, a piece can be crazy-ass-eye-catching, but if you can’t smoke out of it, it’s nothing more than a cool paperweight. “My main draw in the beginning was more towards the artistic side and making something fun to look at, but I’m a smoker and I understand the importance of functionality,” Galen says. “It’s always challenging, but it’s also humbling to be able to find that center between art and function.”

Not only do Galen’s pieces works well, but they’re also structurally sound, weighing up to a few pounds. He’s careful to ensure that the design can stand on its own and that all the attachments are secure. “All of the pieces have extra connectors for added support – it’s like building a bridge and how it’s intertwined together to create a really tall structure,” Galen says.

“I really like to get into the details – especially hidden details like stashing millis in opals and places where people won’t initially notice them,” Galen adds. “I love being able to get lost in a piece – from a distance, you see the main structure of a piece, but the closer you get, the smaller and smaller details you see.”