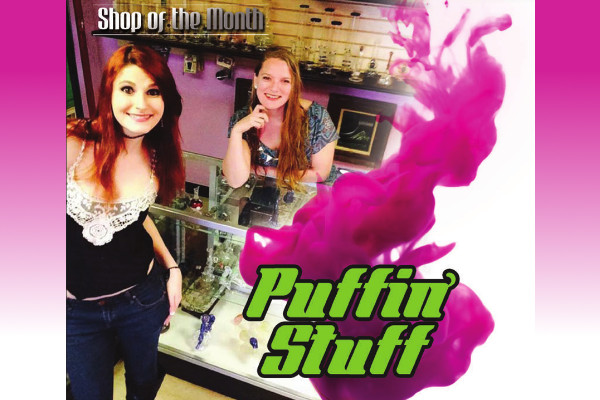 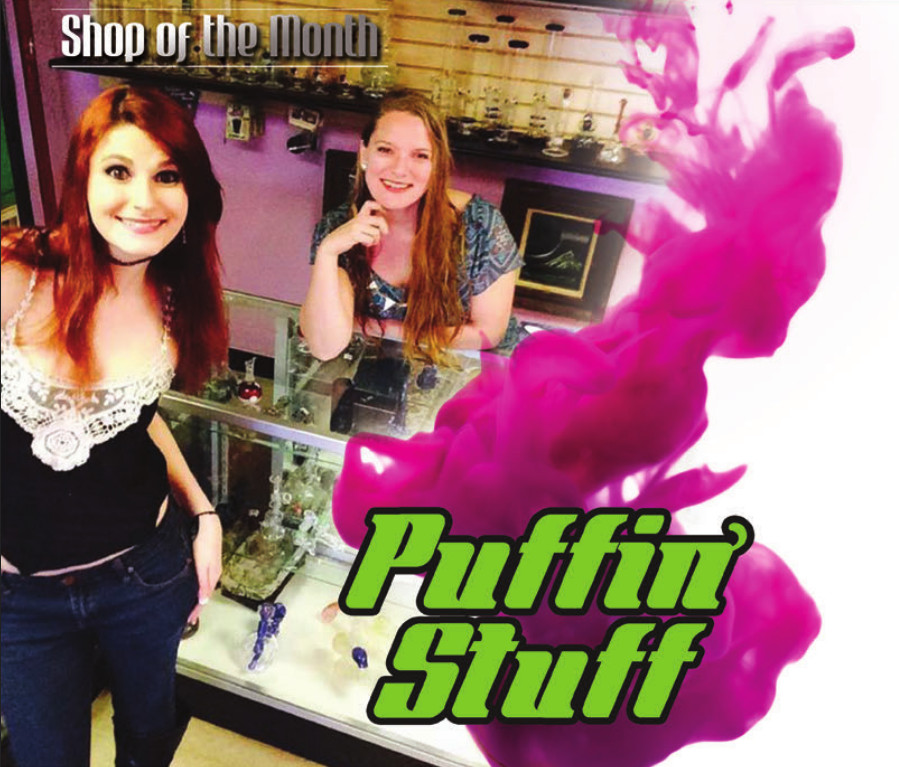 It’s a reasonable disclaimer to interject, considering the nearby smoke shop empire with which she shares a name.

“I did not even know that there was a chain called Puff N Stuff when I opened this,” she qualifies. In truth, she has nothing to worry about; it’s not the same name. Phonetically, it can be deceiving, but on paper, it’s a completely different grammatical structure.

To wit, “Puff n Stuff,” the handle by which the infamous chain identifies, consists of two objects: Puff, which denotes the devices intended to accommodate inhalation and Stuff, the various accoutrements that enhance the associated lifestyle. Whereas, the moniker chosen by Little Rock native, Denise Santa-Cruz, is “Puffin’ Stuff,” very clearly a statement of continuous action, a verb in present participle side-by-side with it’s direct object. Aside from the fact that this is the nerdiest opener ever to grace the pages of HQ, the takeaway here is that Denise isn’t just selling a lifestyle. She’s living it. 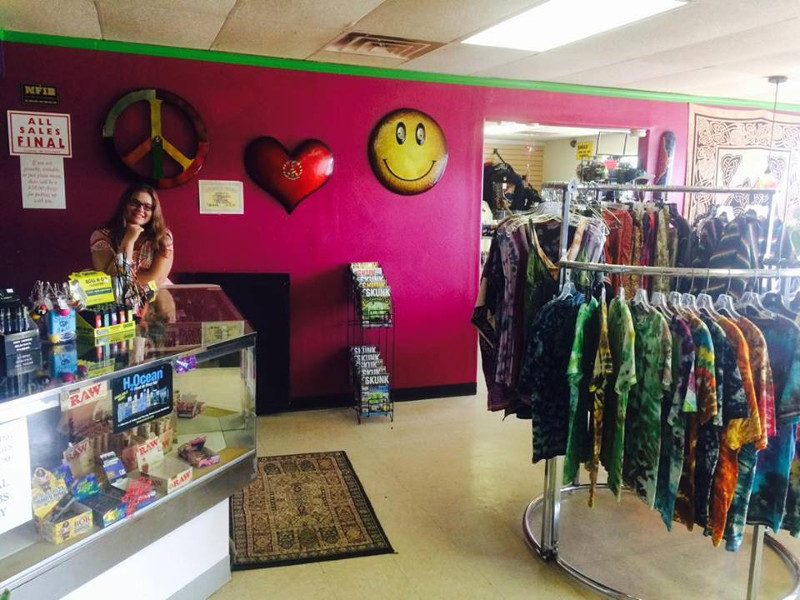 The name came about more or less by accident, having been chosen “on the fly,” after she was told by the registrar’s office that her original choice had been taken. “I can’t remember what I had originally wanted,” she confesses. “I think it was ‘Shakedown Street.’”

Indeed, Shakedown Street, would have been all the more appropriate, especially in light of her genuine allegiance to the tie-dye flag—and to the band, for whom it stands.

“I was actually in Chicago for the Fare Thee Well Tour,” she reminisces fondly, “It was a good one. My husband . . . has Jerry’s portrait tattooed on him. It’s right next to the one he has of Jesus. He says they’re brothers.” Hmmm. A beard, a message of peace and love, and a following of societal outcasts and rejects. He may be onto something. 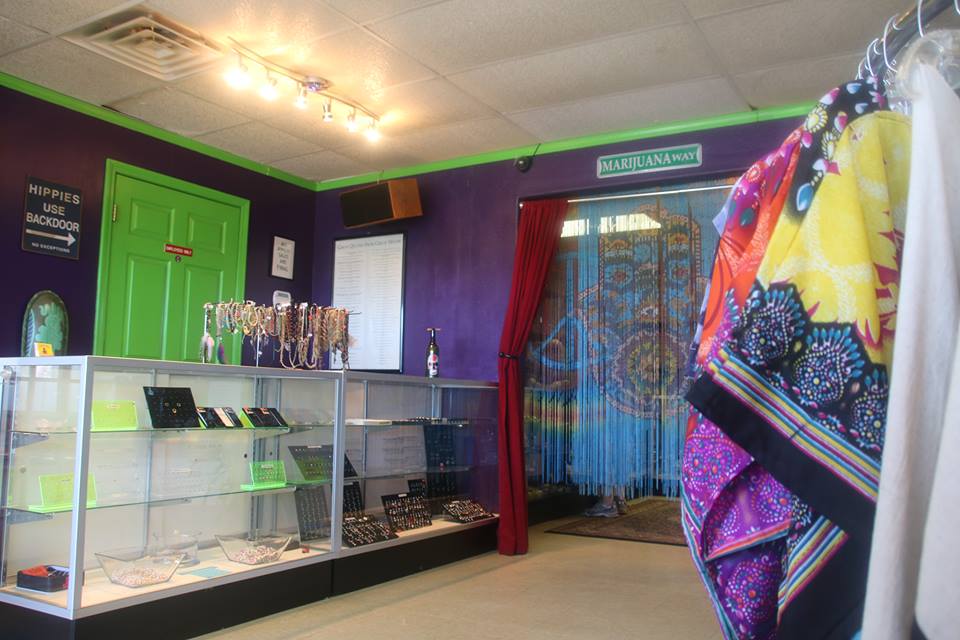 Puffin’ Stuff has now kept its doors open for a decade, no small feat for any upstart business, but especially impressive, considering the humble beginnings.

It’s also impressive considering the era in which she’s operated her business, hands down, the most unpredictable and rapidly evolving period since Haight Ashbury’s Psychedelic Shop first hung its shingle in 1965. When she first opened, the products 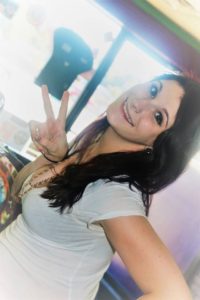 in demand were tubes, papers and more tubes. “Now, it’s artisanal papers, wax this, titanium that, bucket this, scientific glass that, boro this and Schott that, it’s just like, whoa . . . It’s changed a TON in ten years.”

It sounds overwhelming, but she has a simple method for staying on top of the trends. She listens. “The kids come in and they tell me what’s going on . . . I would say 90% of what I have in my store is because someone said, ‘Hey, can you get this?’”

Staying ahead of the curve is crucial, but in a market where the competition has grown from a “handful” in the entire city to “seven within a ten-mile radius,” survival requires more than an open ear. Not to fear; she’s got this.

“For one, I don’t subscribe to the markup that other shops subscribe to . . . you can go to their store and what I’m selling for $20, they’ll have priced at 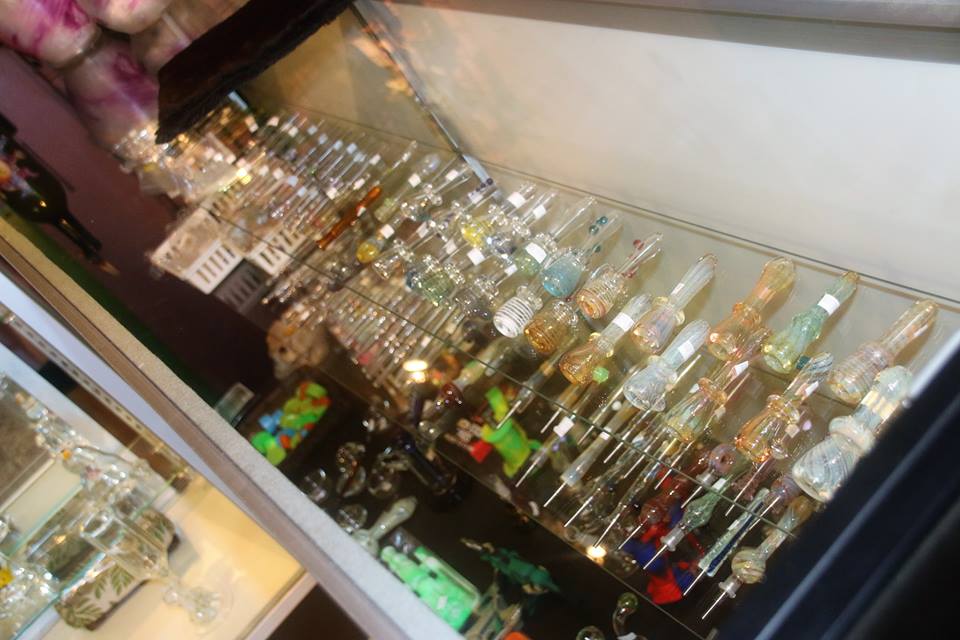 $35, and . . . well that’s not very smart . . . that’s why your glass doesn’t move.” A shop, however, cannot be sustained on price alone, which is why she has drilled the importance of customer service into her staff to the point of nearly boring a hole through them.