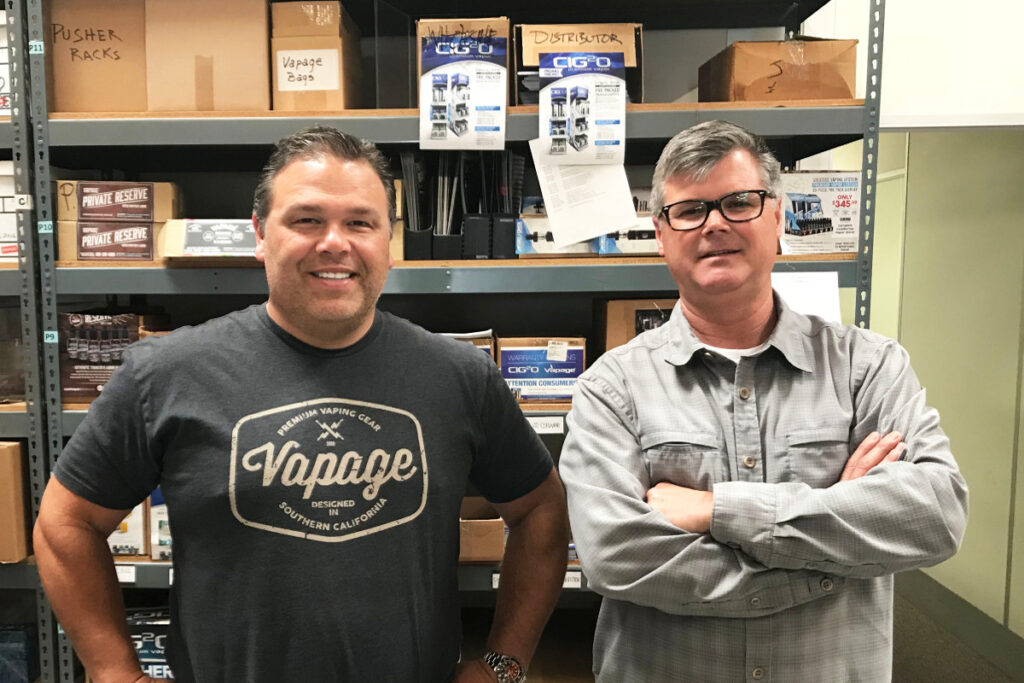 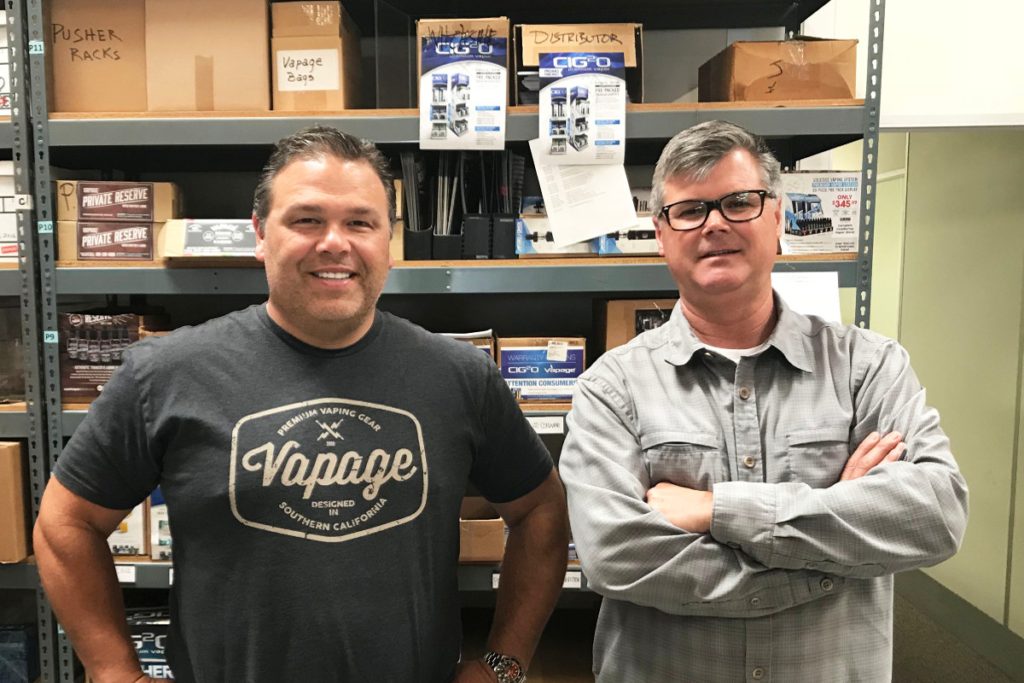 “What has happened in the vaping category, in terms of the rapid development cycle, is companies coming out with products that are slightly different from the previous model, and consumers then only wanting the newest version,” Thompson says.

“I became sort of disillusioned with that because it’s getting away from the core focus of why (vaping products) exists,” Thompson adds. “I don’t like the impression it leaves with the wider community that (vaping) is just something cool and fashionable to do rather than being an enjoyable alternative to a deadly habit.”

Spark Vapor has been on the cutting edge of vaping since 2009. Their Cig2o brand was one of the first to feature a traditional cigarette experience with familiar “cig-alike” appearance and unmatched tobacco and menthol flavors. As Cig2o products are marketed as a smoking alternative, they are a perfect fit for stores where cigarettes are sold. Their Vapage brand of personal vaporizers and e-Liquids takes the vape experience to the next level with the industry standard selling Vapage UTurn, Ego and Evod-style personal vaporizers kits.

Vapage also carries other sub-ohm vaping kits, tanks and atomizers, as well as a complete line of premium, glass bottle e-liquids. The company continues to lead with the VMOD and VPRO closed tank system series of kits and pre-filled e-liquid refills.

Before launching the Spark Vapor in 2009, Thomson was involved with product development and research, having created a cycling and snowboard helmet with integrated speakers. The inspiration for moving into the e-cigarette market came after he watched a friend, who had been a 25-year smoker, and diagnosed with cancer, fail to kick the habit.

It was a few years earlier when Thompson first saw an e-cigarette. It was during a trip to China when he spied a man puffing on what looked to him like a Montblanc pen. He eventually tracked down the device, but its function and design was a big miss. With his product development background, Thompson was able to reengineer the device so that it delivered an actual cig-a-like experience. He also invented an e-liquid delivery system – disposable cartridges with built-in atomizers (heating elements), and for that he coined the now common term, cartomizer.

In reality, there wasn’t anything that Thompson didn’t change in building a better e-cigarette vaping device. He took the same approach with Vapage, teaming with Aspire, another industry leader, to create the ultimate closed-tank vaping experience.

A common problem with many pre-filled systems is that they leak. Technically, they are not a “closed tank”; by definition, they are open because you need to introduce air into the chamber to get it to vaporize. The Vmod system solves that issue by incorporating silicone “whiskers” that protrude from the bottom of the tank, and keep the liquid chamber completely sealed until it’s ready to be used. The user then pulls these whiskers down and breaks them off allowing the liquid to go from the main chamber down into the vaporizing chamber. It totally eliminates propensity for these tanks to leak while they’re being shipped and stored.

Vapage offers an e-juice selection includes a wide range of products from their Private Reserve, Blind Lion, Cig2o, Vookah, and other signature collections. Being that the vape devices share designs with other brands, there’s an even wider range of flavors available.

One aspect that sets Vapage e-liquids apart from every other brand, is the exclusive nicotine formula, produced from the highest quality Indian tobacco.

“Our classic tobacco flavor is regarded by many as the best tobacco flavor in terms of quality. We also we went to great lengths to buy PG and VG from Dow Pharmaceuticals,” Spencer states. “All of our flavorings are food-grade; we’ve never used diacetyl or acetyl propionyl — most of the higher quality liquids do the same thing; the only difference is that we were doing it before most people even knew what vaping or e-cigarettes were.”

Ultimately, Spark Vapor delivers super performance, reliability, and consistency for a vaping experience that has earned them the most loyal followers in the industry – that goes for customers and retailers alike.

“We’re all in this for the long-game. . . the whole idea is to build the customer base,” Thompson says. “We know that when a consumer finds something they like and can afford, they go back to it.

“It’s one of those things where you put our products on the counter, and before you know it you’ve sold the kits, and then those same customers are coming back into the store every week to buy the refills. That’s the business we know, and have developed for the past nine years. We’re one of the last independently owned e-cigarette and vapor companies, and we’ve managed to stay in business and continue growing.”