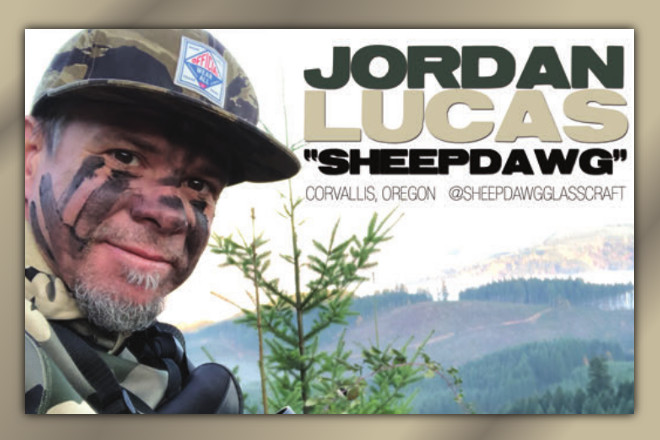 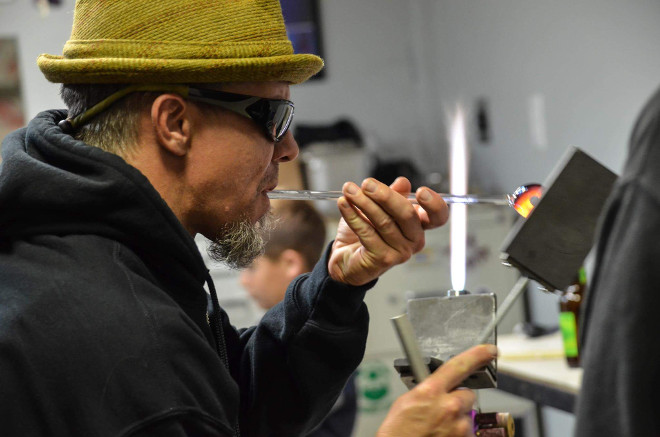 You don’t spot too many parrots in Oregon’s Willamette Valley. You’re most likely to see a robin, goose or a duck. That is unless you visiting the studio of glass artist Jordan Lucas.

At SheepDawg GlassCraft you’ll find exotic parrots in every color combination and every functional shape from rigs and dry pipes to dabbers, carb caps and pendants.

Jordan has been blowing glass since 1999, and rather than being a “Parrothead” as you might assume, he has always been hardcore into the hippie culture. He started out making belts, jewelry and guitar straps from hemp as well as homemade soap and incense. His customers often asked if he could hook them up with a custom glass piece, and so he would turn them on to one of his local glass blower friends. It wasn’t long before he got into glass blowing himself, learning from artists like Levi Baird and Clinton Roman. 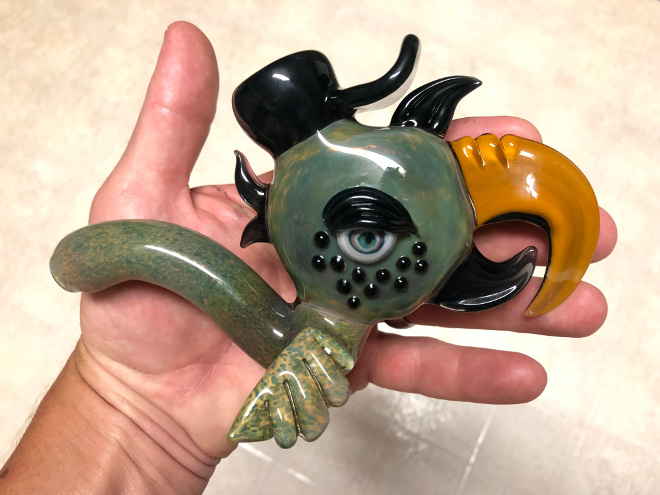 “I just kinda took it and ran with it,” Jordan says, “I buried my ego and I’d ask everybody for their advice.”

One thing Jordon noticed is that many artists are known for making pipes in animal shapes, whether dragons or dinosaurs. The Parrots became Jordan’s calling card.

“They just spoke to me and I felt a real connection. The first one I made just came to life right before my eyes — it was amazing,” Jordan says.

“There’s a bunch of different ways you can go about making a parrot,” Jordan explains. “Rather than trying to recreate the look of an actual parrot, like you might see in the wild, mine are characters — it might be a pirate parrot or a parrot riding a dirt bike. I want to have an army of high vibrational parrots that really speak to people.” 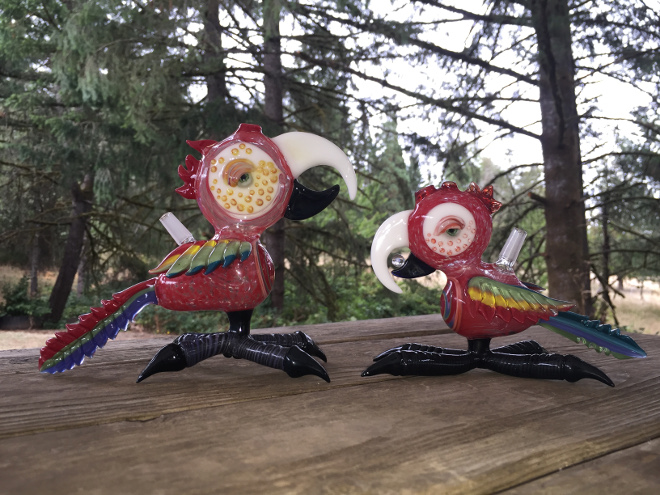 “The biggest challenge is the time it takes to make a parrot,” Jordan adds, “every little piece from the claws and wings to the eyeballs are all constructed separately and then put together.”

When Jordan isn’t in his studio, he likes to hunt, ride dirt bikes and snowboards, and spend time with his family. Glass blowing, he says, is a special part of himself that he enjoys sharing with the world.

“This glass that we make is a part of alchemy; it absorbs energy, vibration and metaphysical frequencies,” Jordan says. “Whenever I’m blowing glass, I’m in my happiest place, and the colors, shapes and characters really reflect the positive energy that I put into my pieces.” 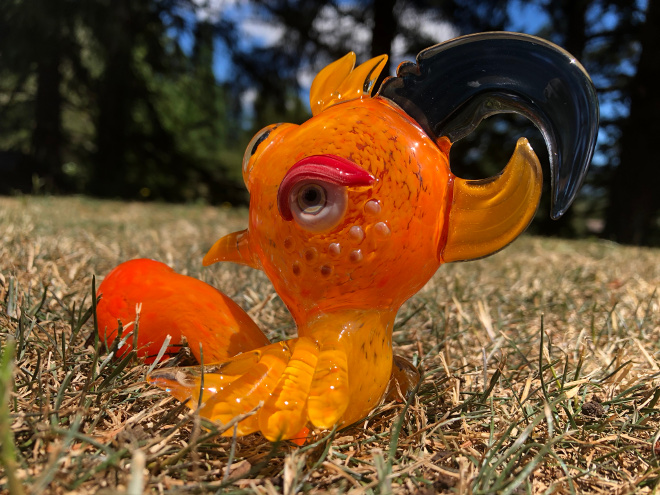