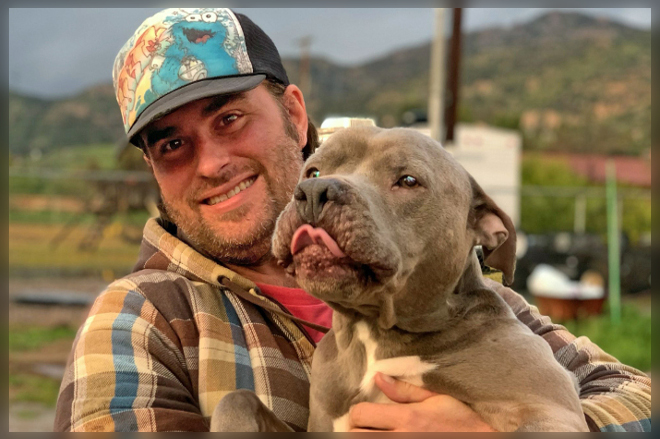 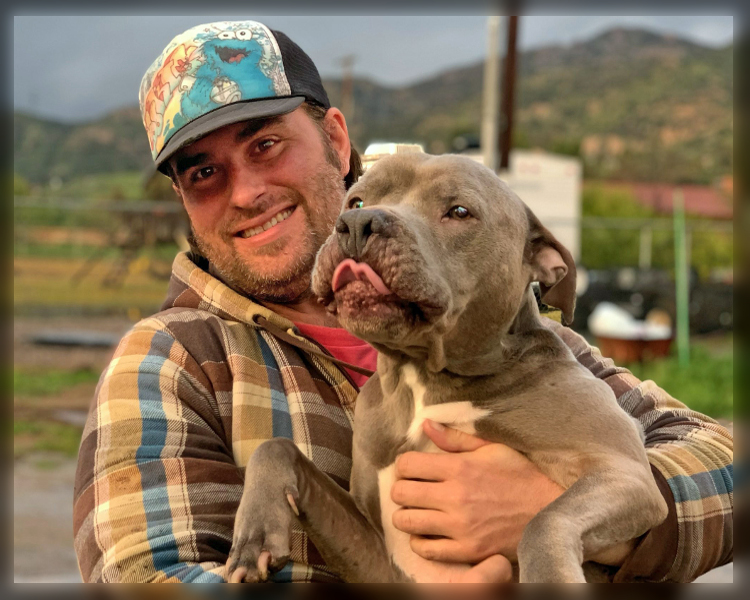 Cookie may not have the most recognizable name in the glass blowing industry, but it’s likely you’ve seen his pieces without even realizing it. Like a lot of glass blowers, Cookie got his start doing production work, for him, at Puff & Stuff in his hometown of San Diego, California. It wasn’t a prestigious beginning by any means as he was turning out basic smoking accessories, but it was a good place to learn. This was 2003 and Operation Pipe Dreams was stalking pipe makers, so everything was very hush, hush, so expanding your skills meant lots of practice in your home studio, but very little opportunity to get the word out about what you where doing.

Cookie later moved up to Eugene, Oregon and went to work for Treetop Glass where he continued making the everyday pieces. Wanted to stretch his creativity, Cookie rented table space at Cornerstone Glass where he picked up on techniques shared by the other artists at the studio. Before long, he was able to comfortably take a piece in any direction whether scientific with multi-chamber tubing, sculptural, line work or cut & flip disks. Rather than becoming known for one specific style, Cookie earned a reputation for quality work. 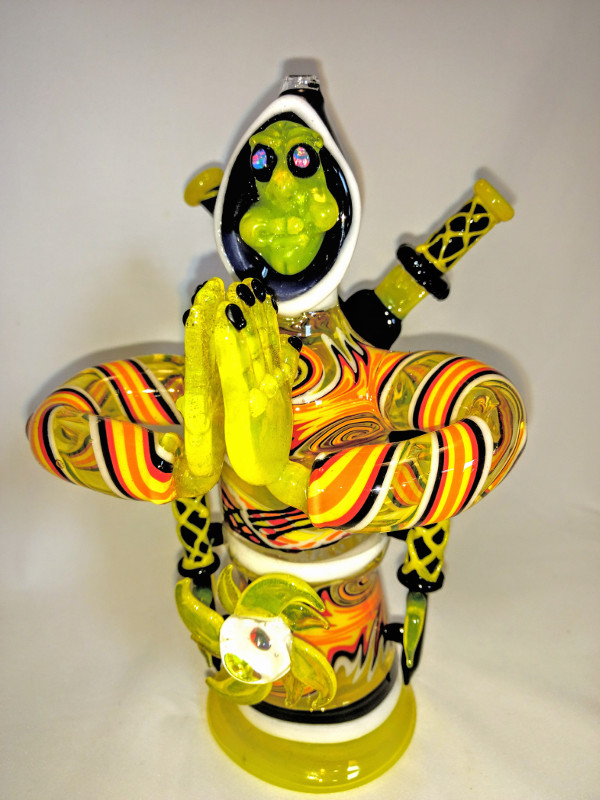 “I really like to blend as many of the different styles together as possible,” he says. “A lot of times, people will look at one of my pieces and think it’s a collaboration between multiple artists because my range is so wide.”

“The majority of the time, I’ll set out with a concept and have a style in the mind of the base — it might be a double or triple recycler or a klein, and then it changes with the fluidity of my brain working and thinking out the piece as I’m putting it together.”

For many years, Cookie was blowing glass to pay the bills. “It can still be really fulfilling when you can produce large number of quality pieces for an inexpensive price,” he says. “The production warehouses wanted my stuff because I could continually come up with new pieces and reproduce them by 500 to one thousand at a time.” 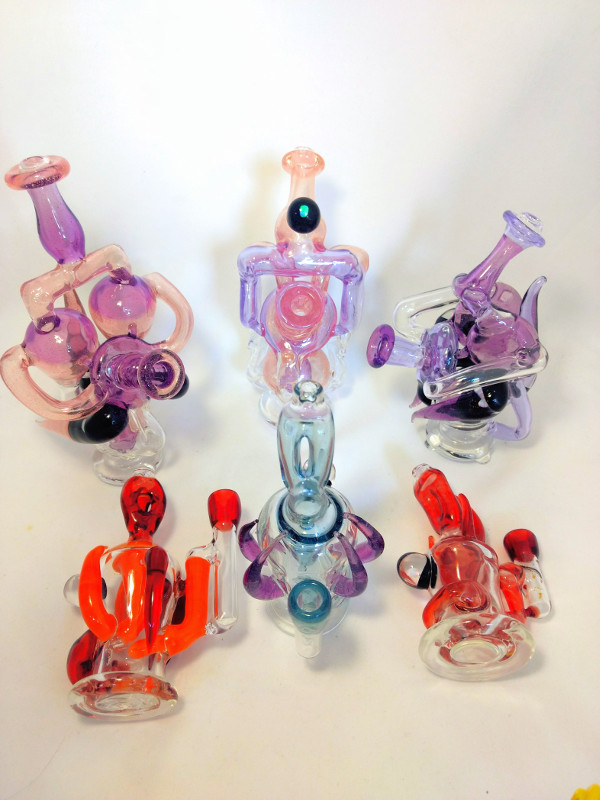 Cookie’s goal is to continue to grow as an artist. He’s diligently promoting his headier work on social media, and is expanding his shop to include live-video feeds so glass fans can watch him doing his thing — they might even catch a glimpse of his dog Bruce!

“I’m constantly evolving my high end pieces , and you’re not going to see the same style over and over — it’s something new every time I get on the torch,” Cookie says. “Of course, if somebody wants a thousand piece that are the same, I have the ability to do that too.”

“Being an artist can be trying at times, but very few people in this world get to make art and make a living from it,” Cookie adds. “It’s a constant challenge to finesse the glass into becoming something from nothing and push the living limits of what can be done with it. Glassblowing itself isn’t a new medium, but what’s being done in the pipe industry is still in its infancy — there’s so much to be explored and discovered.” 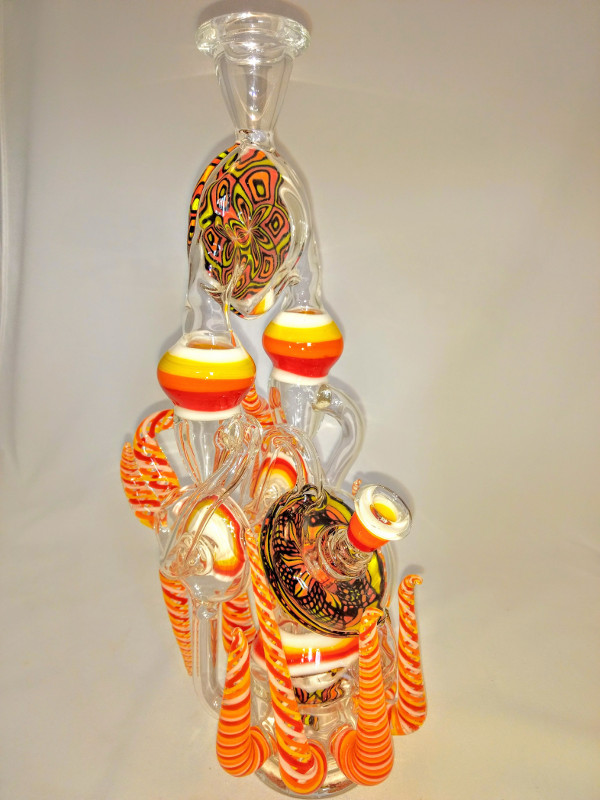 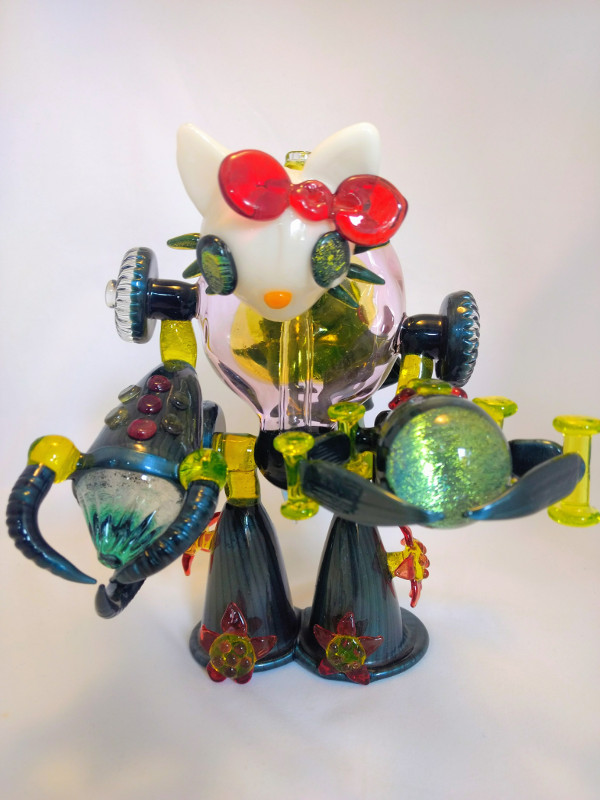