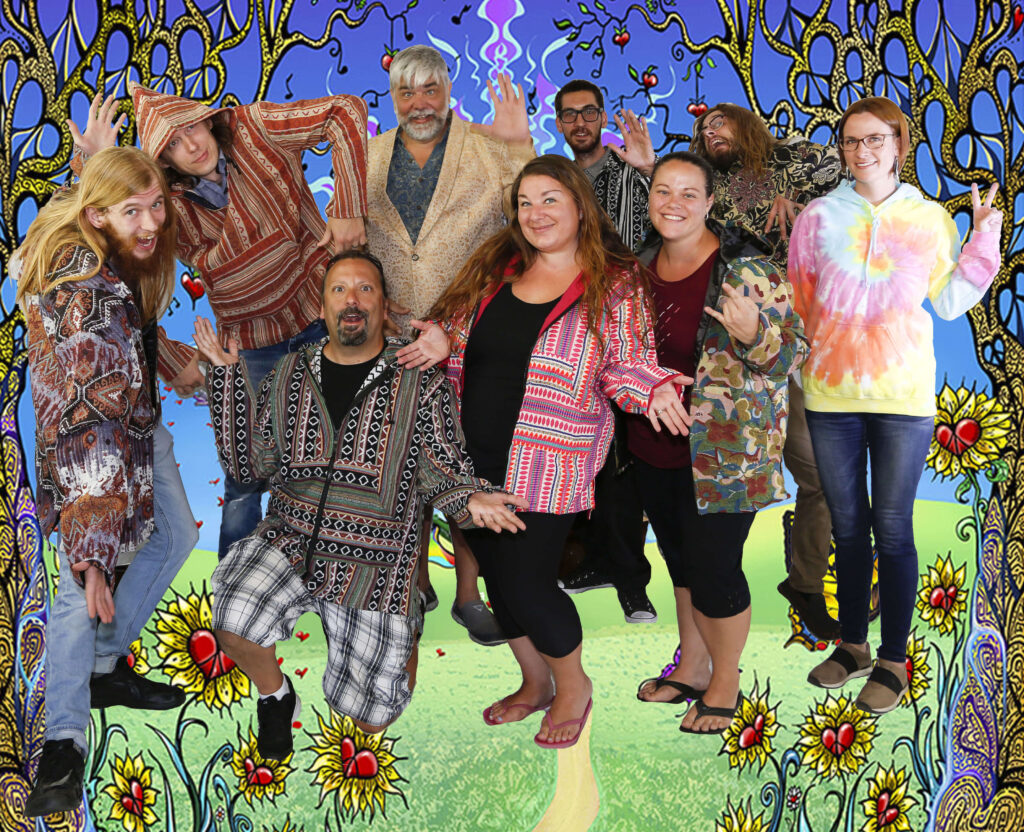 A Semi-charmed Kind of Life 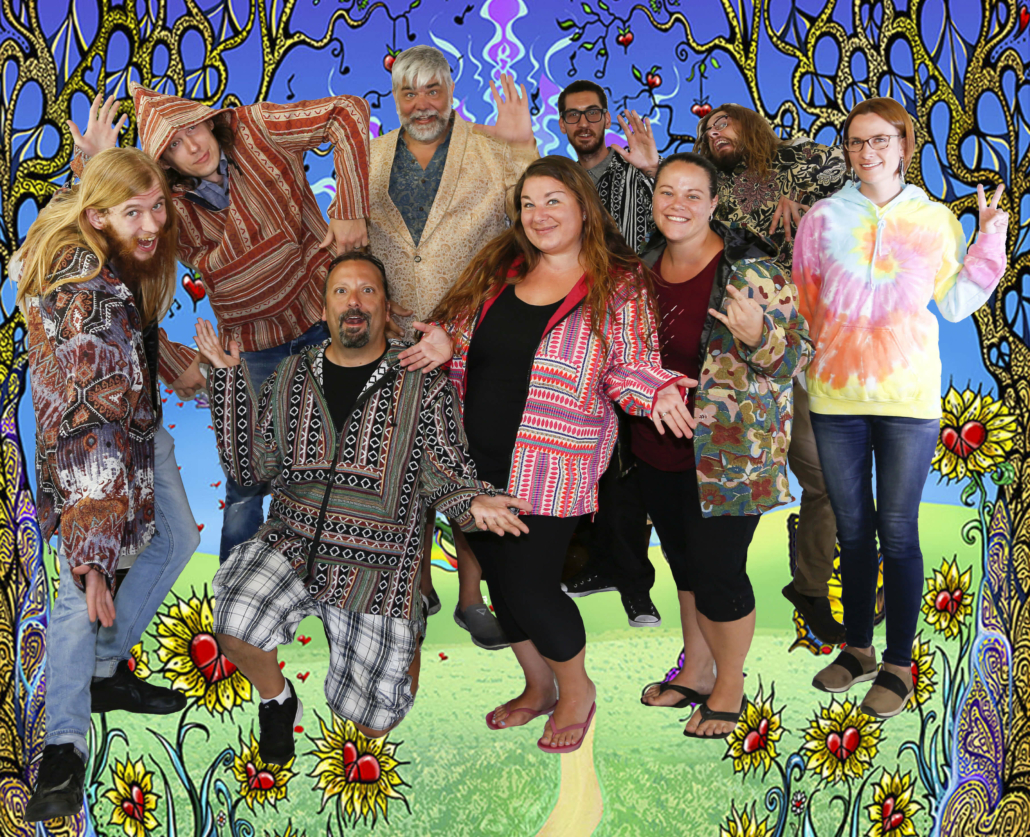 Greg Burbank and the Story of Sunshine Joy

It’s not every day you hear that sentence. In fact, I’d be willing to bet that most of the world’s population will endure their entire existence without ever experiencing the bliss of those words being a part of a casual conversation. But alas, they were spoken to me and I suspect my life will never be the same. 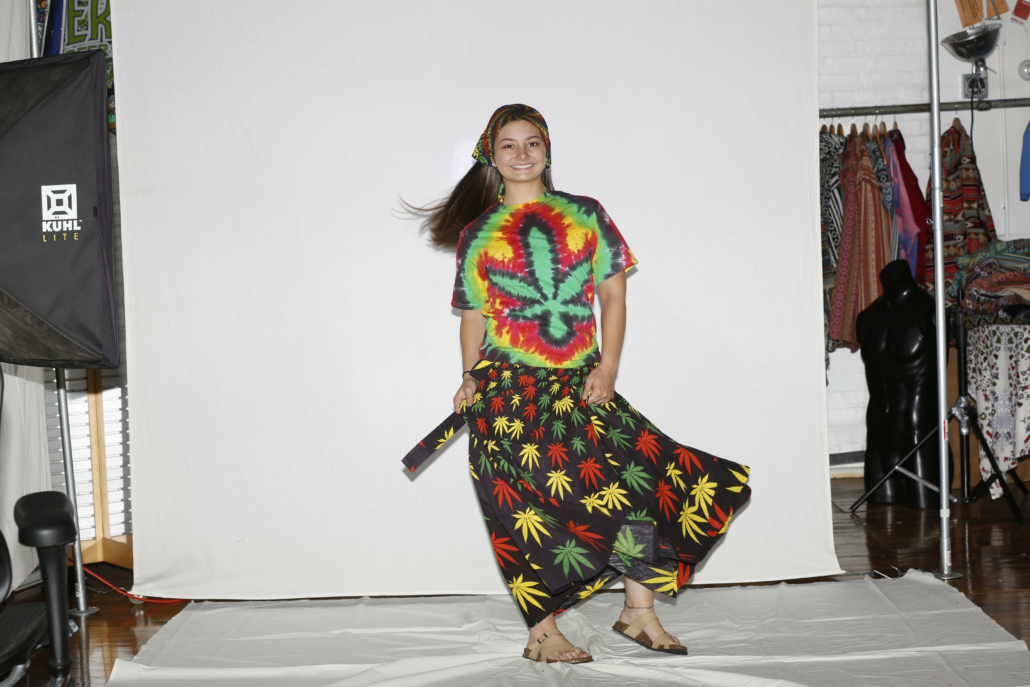 For Greg Burbank, though, it’s an afterthought; an “Oh, by the way” interjection to illustrate the viability of fanny packs in the world of retail.

“I need to carry extra mouthpieces and valve oil and stuff,” was the second half of the sentence. But with the casual, deadpan ease with which he delivered this gem, he may as well have been telling me that he had a PB&J sandwich for lunch. 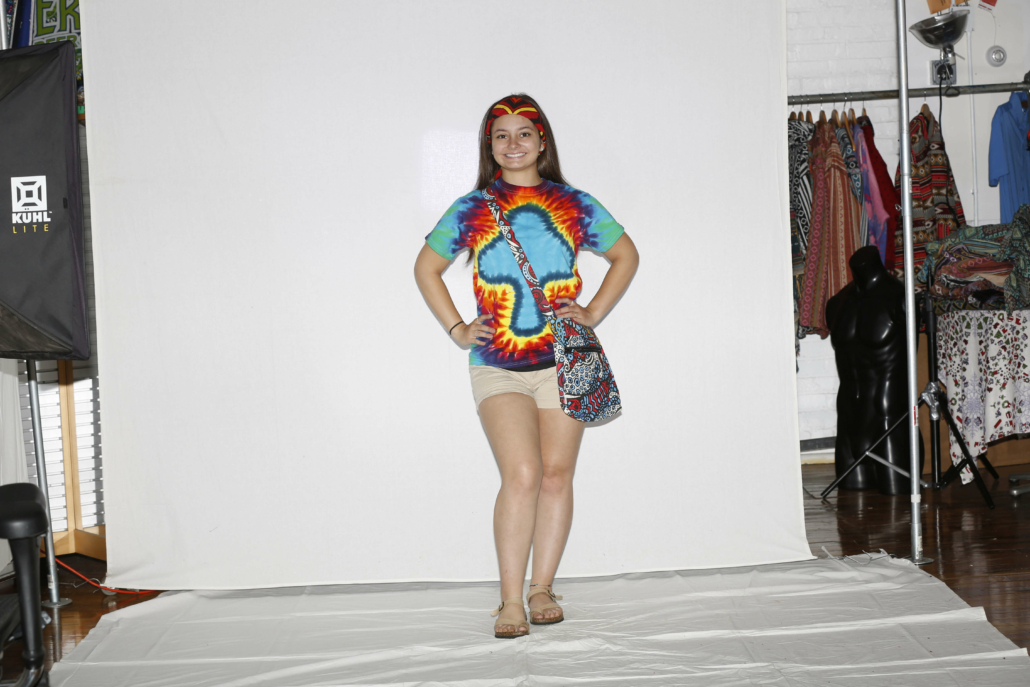 “It’s not punk, like punk rock,” the founder and driving force of Sunshine Joy qualifies, “more like modern . . . what do they call the guys with the crazy beards and skinny jeans? Oh yeah, hipsters. It’s a hipster marching band, really.” It should be noted that the nonchalant tone remains consistent as he elaborates on the finer points of his extra-curricular activities. Again, he rattles off the information as if it’s just a facet of the mundane.

“I think I’m a boring person,” he states, with no traces of sarcasm in his voice. “I think what I do is normal and everyone else that watches TV is abnormal.” 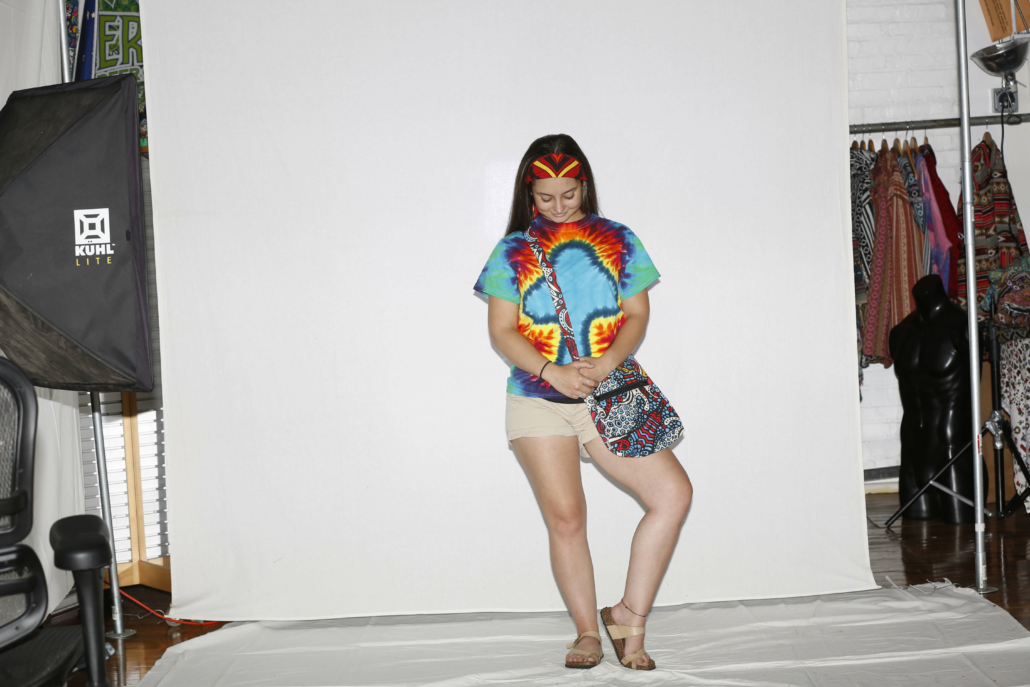 Maybe he’s right. Still, though, by conventional standards, his life has been anything but normal.

This is a guy who entered the professional world via the portal of 80s Dead Lot culture, a guy who scored a job slinging tie-dyes on tour by nearly punching out his future boss. Yeah, that sounds nuts, but how else are you supposed to respond when you’re working a flea market, fueled by little else but Kahlua and coffee and some guy steps on one of your Mexican blankets? That sounds made up, but it isn’t. 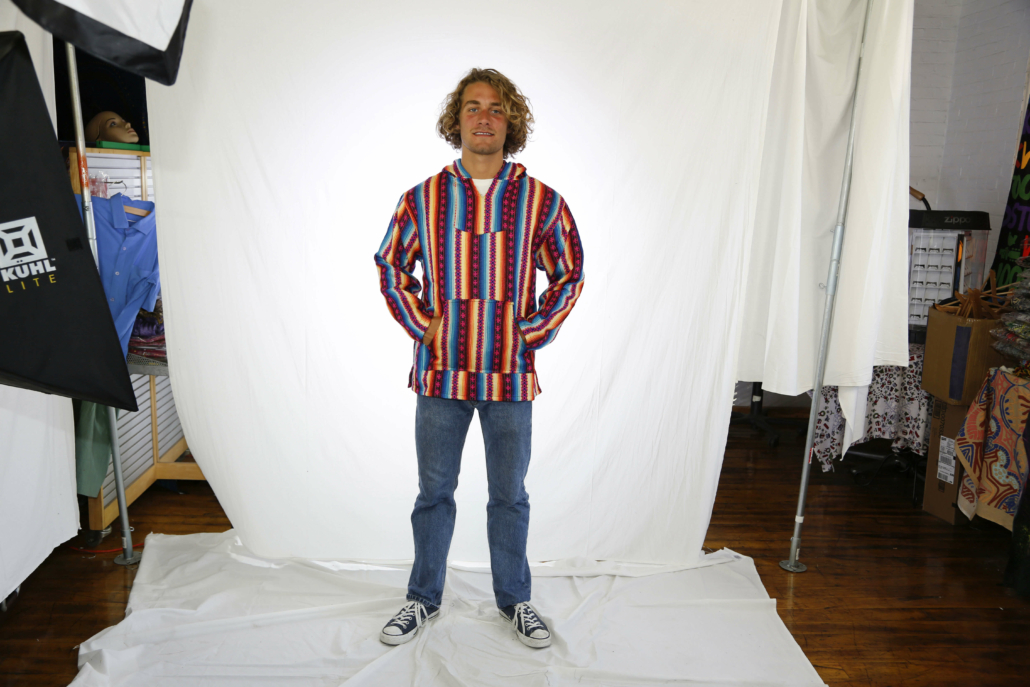 “I wasn’t going to hurt him, though,” he is quick to clarify. “I was just angry that he ran over my product. But he really needed to go to the bathroom. I was like, ‘Oh, ok. That’s a good reason.’”

Seriously, someone call Wes Anderson. We have his next script. 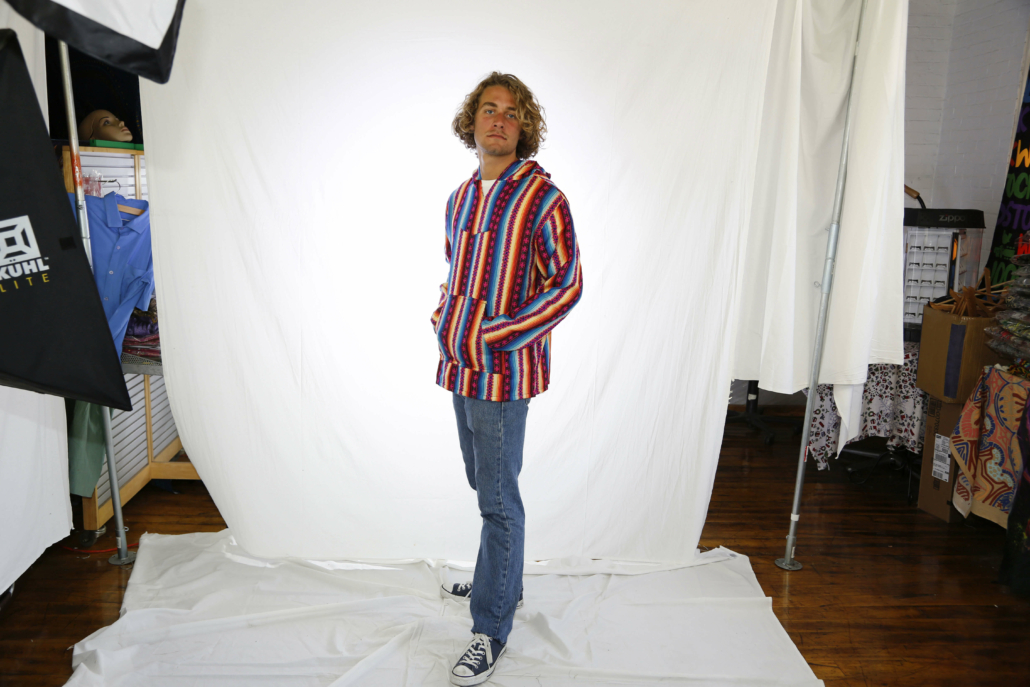 Sunshine Joy began in earnest in 2002. Greg had left the tie dye t-shirt company in 2001 after they got too corporate for his tastes (they were doing over $20 million a year at that point) and spent the next year leading up to his company’s launch handing out business cards that labeled him a “magician.”

“Because I made things happen,” he explains with trace of a chuckle coloring his words. 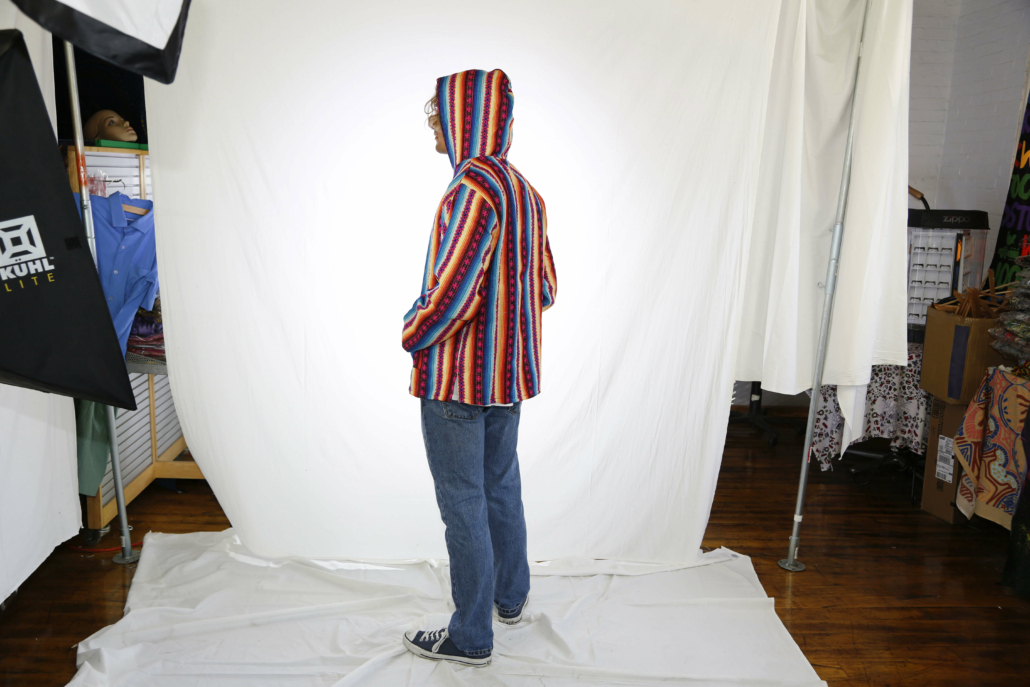 The company would eventually spawn from a happenstance meeting he had with an Indian exporter while in Australia, hanging out with counter-cultural legend, Owsley Stanley. The exporter was able to supply him with tapestries, so Greg began working his magic, quickly pulling together a licensing deal with The Grateful Dead. Within the year, he released his first few designs. The rest, as they say, is history. 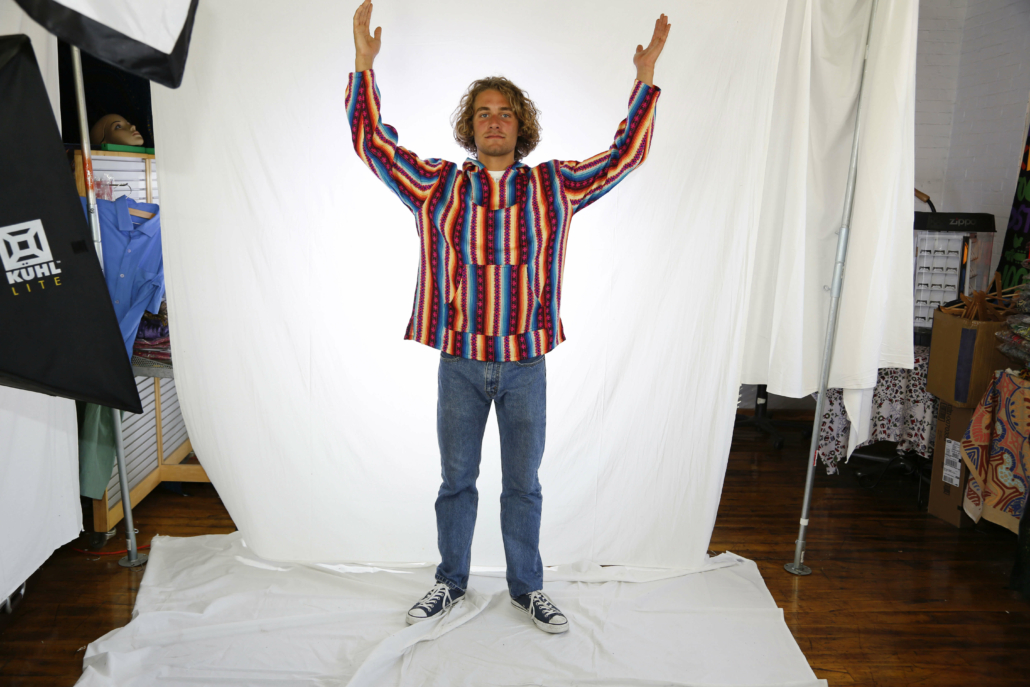 In 2013, they released what is perhaps their most popular offering: tapestries that look amazing to the naked eye, but then pop with unbelievable depth through the lenses of 3D glasses. They were an instant hit. How they pulled this off is a closely guarded secret, about which, Greg rightfully remains tight-lipped. 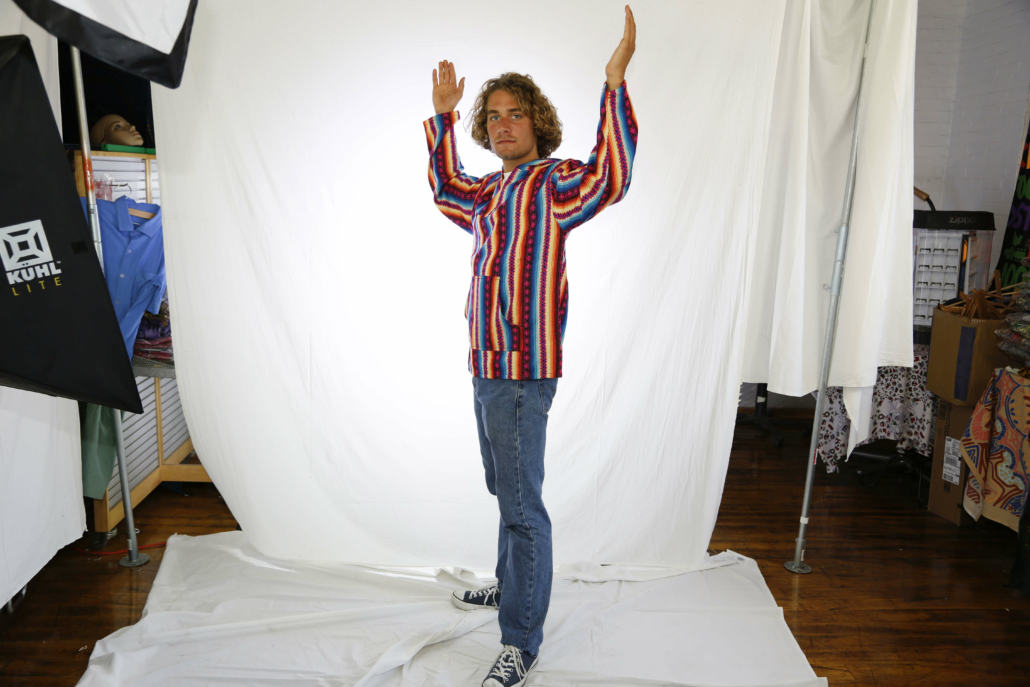 But experts say the demographic is shifting. As cannabis gains wider acceptance, shops have scrambled to update their image to better accommodate a wider base that includes grandparents and soccer moms. Many of the new shops are eschewing the traditional counter-cultural accoutrements altogether and word on the street is college kids are opting for Kanye over Jerry. 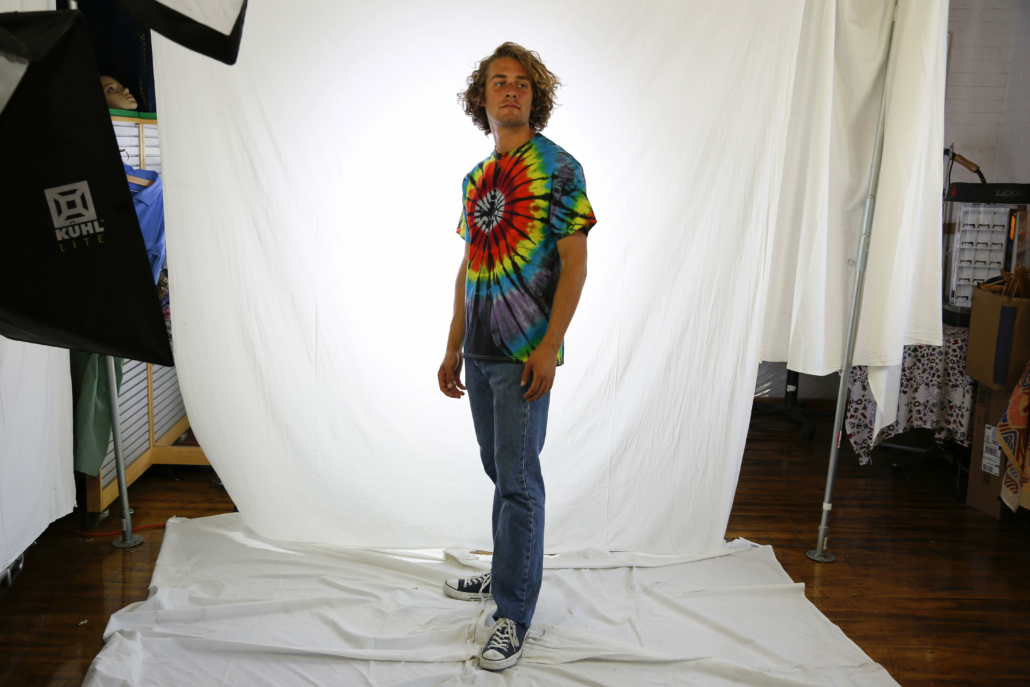 Greg is unphased. He’s seen no drop in his business and from his vantage point, that’s because the demographics of his customer base have been misunderstood from the beginning.

“It’s less of a normal demographic of age and the things that normally people look at and more of a psychographic . . . I think the days of identifying people by age, race and gender is over. It’s more of the way they think, they way their minds work.” 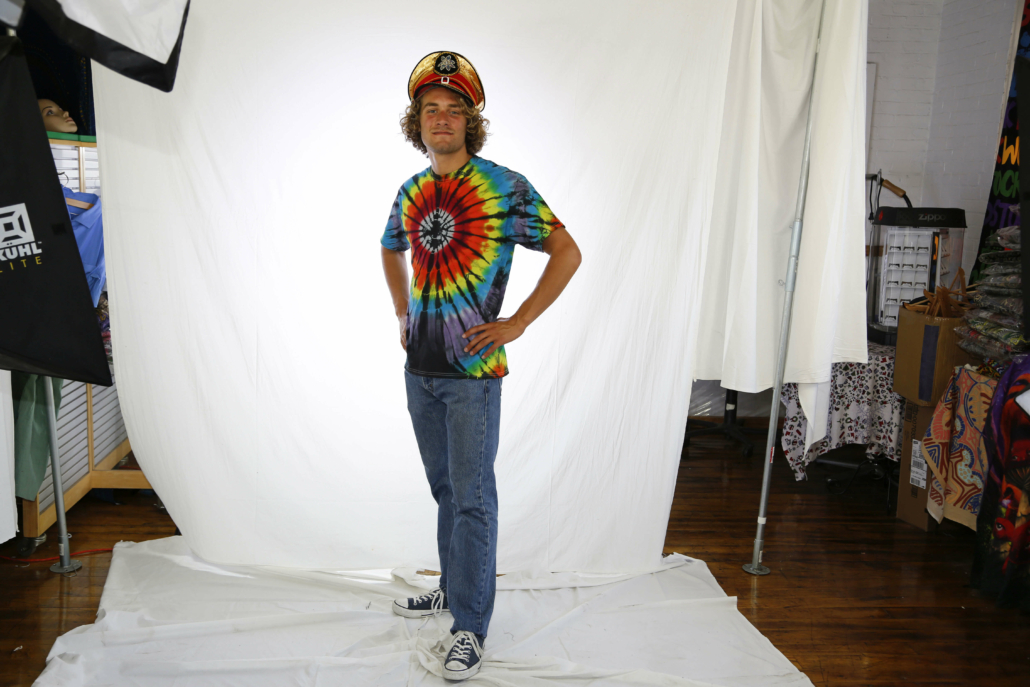 “The main problem we have,” he later adds, “is people go, ‘Oh, I get tapestries and they don’t sell.’ But I’ve sold all different types of things at festivals and I’ve even carried the crappy ones next to ours. Ours will always sell better, even at a higher price.”

With those thoughts steering his outlook, Greg and his staff are pushing forward without reservation. They’ve recently expanded to include a new clothing line focused on comfort and functionality; with the counter-cultural flare you’d expect. 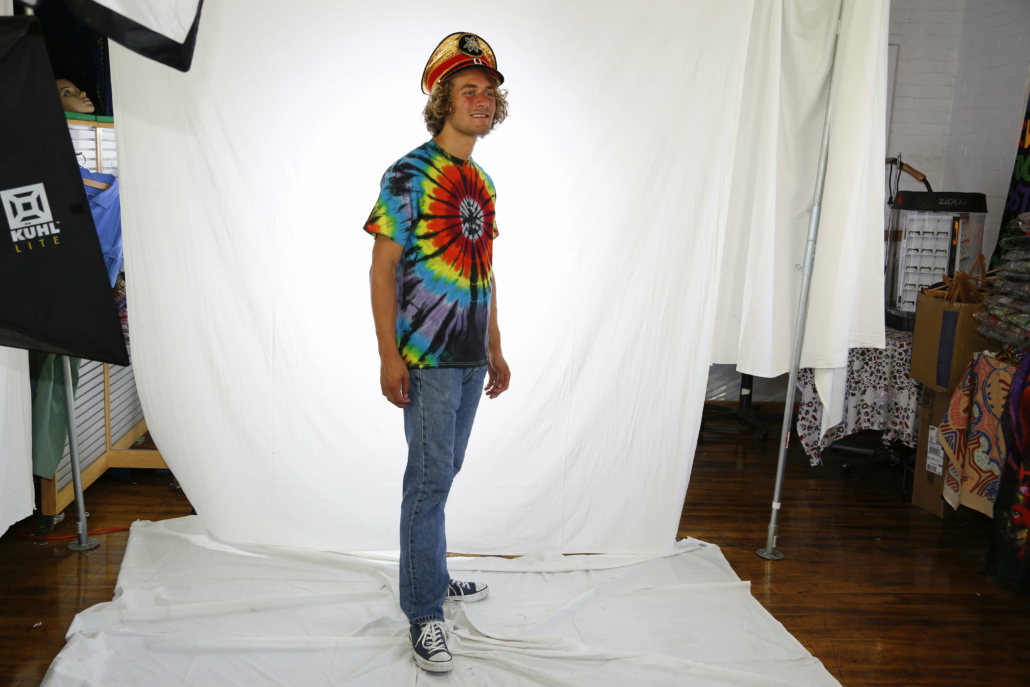 Regarding the functionality, Greg’s primary focus is more useful pockets. He’s obviously creating with the festival attendee in mind.

“It’s amazing that people make pants for women with no pockets where they can’t carry an ID or any cash. To me, that’s a safety issue.” And all the husbands said, “amen,” in unison. There are also the fanny packs, stylishly made with sturdy buckles that won’t snap off on the first use like the ones from China, a must for festival goers (and tuba players.) 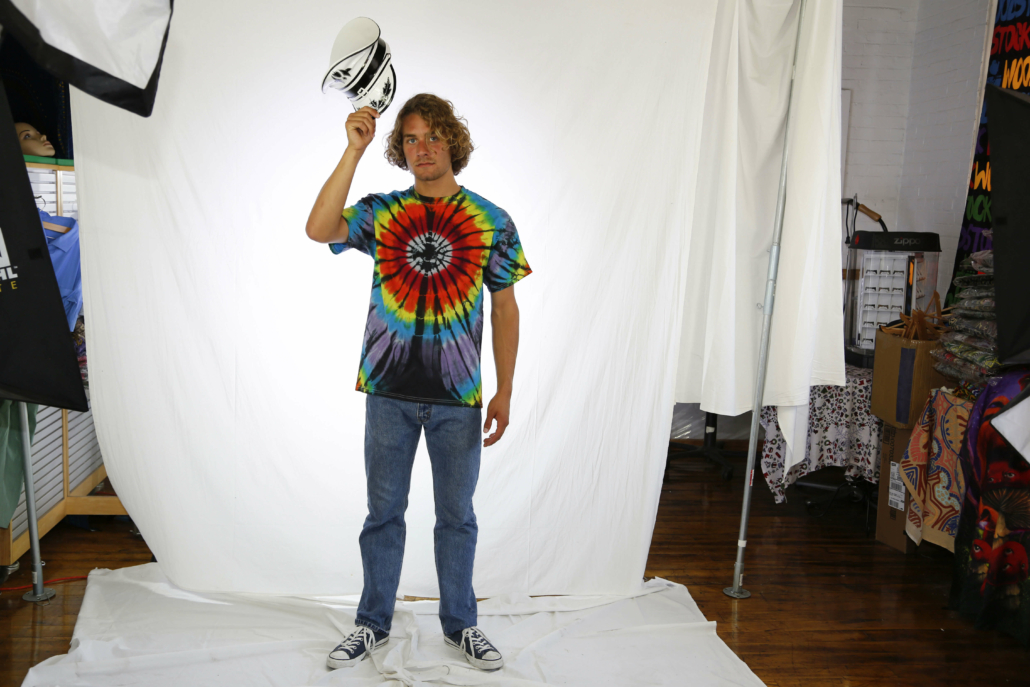 Maybe you’re running a smoke shop and you’re looking for new ways to expand your revenue. Or maybe you do business in a locality that requires a certain ratio of non-smoke-related items. Either way, Greg suggest you consider Sunshine Joy.

“Give us a call,” he says. “We have very low minimums so you can start off easily. Test some things and make some money.” 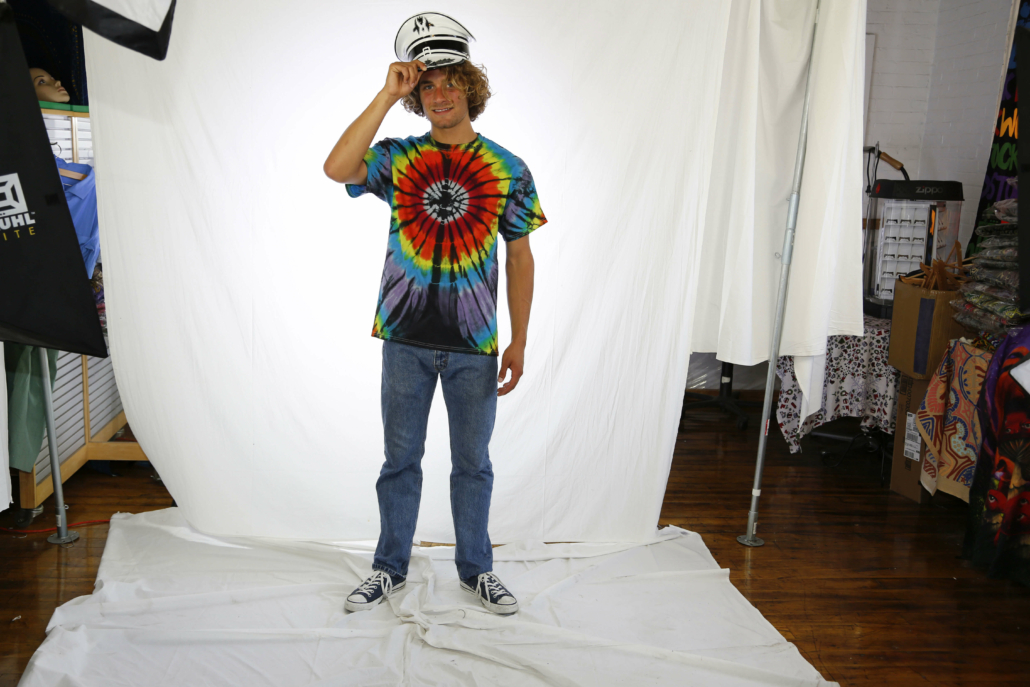 Greg is a member of the What Cheer? Brigade. He also performs as a one-man act under the moniker, The Church of the Psychedelic Tuba. You can find evidence of both outlets on Youtube and we highly suggest you do 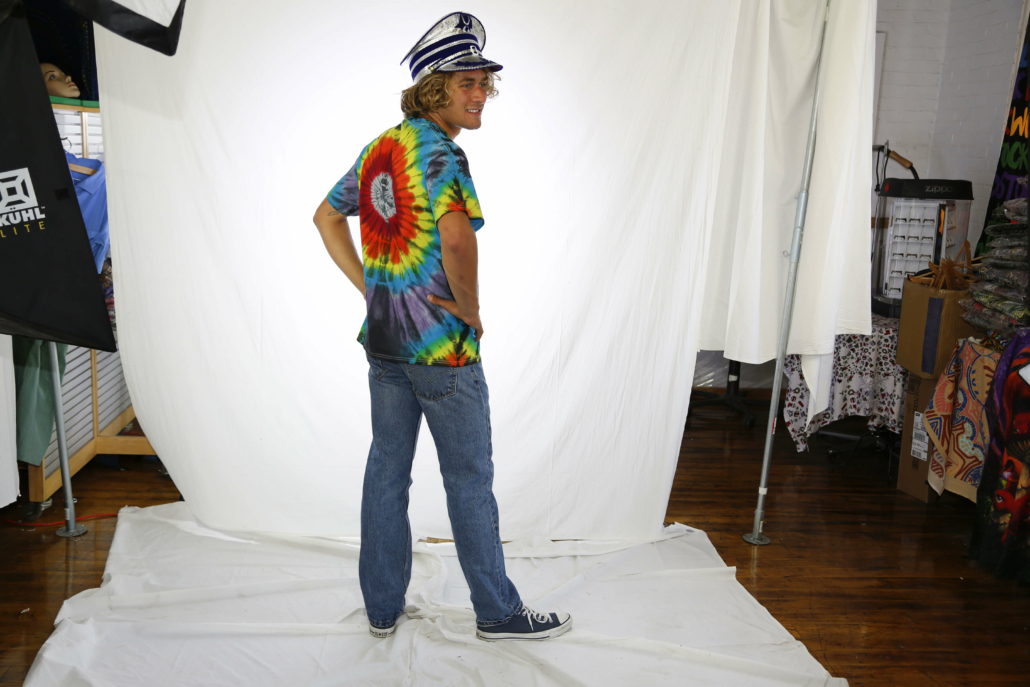