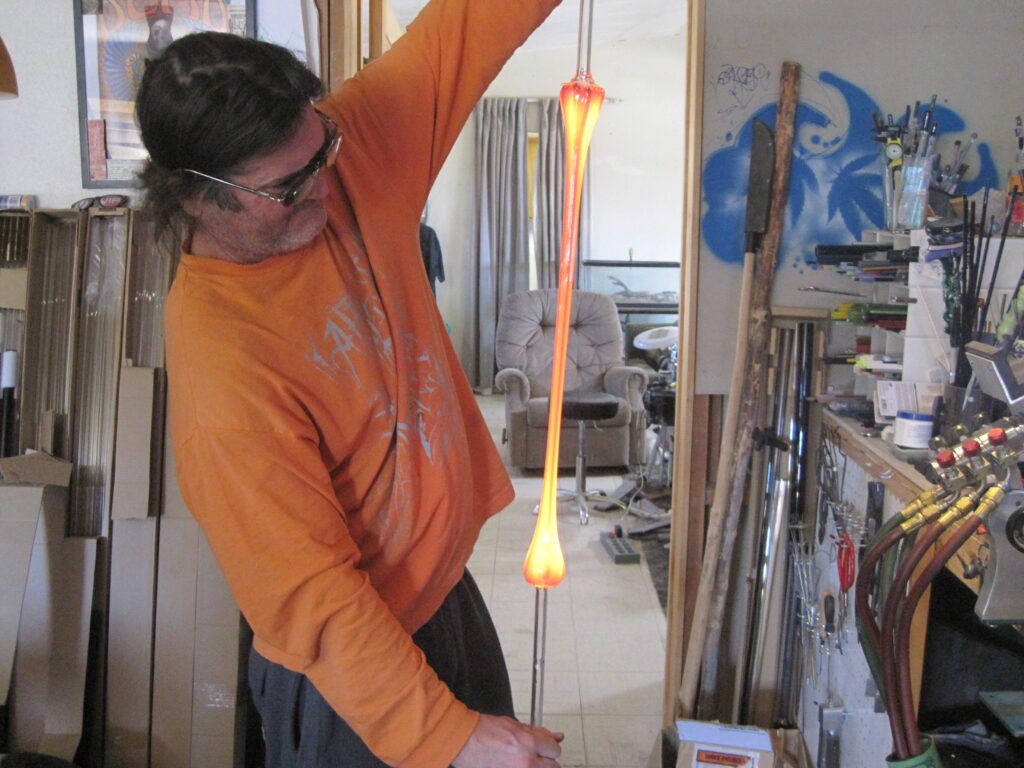 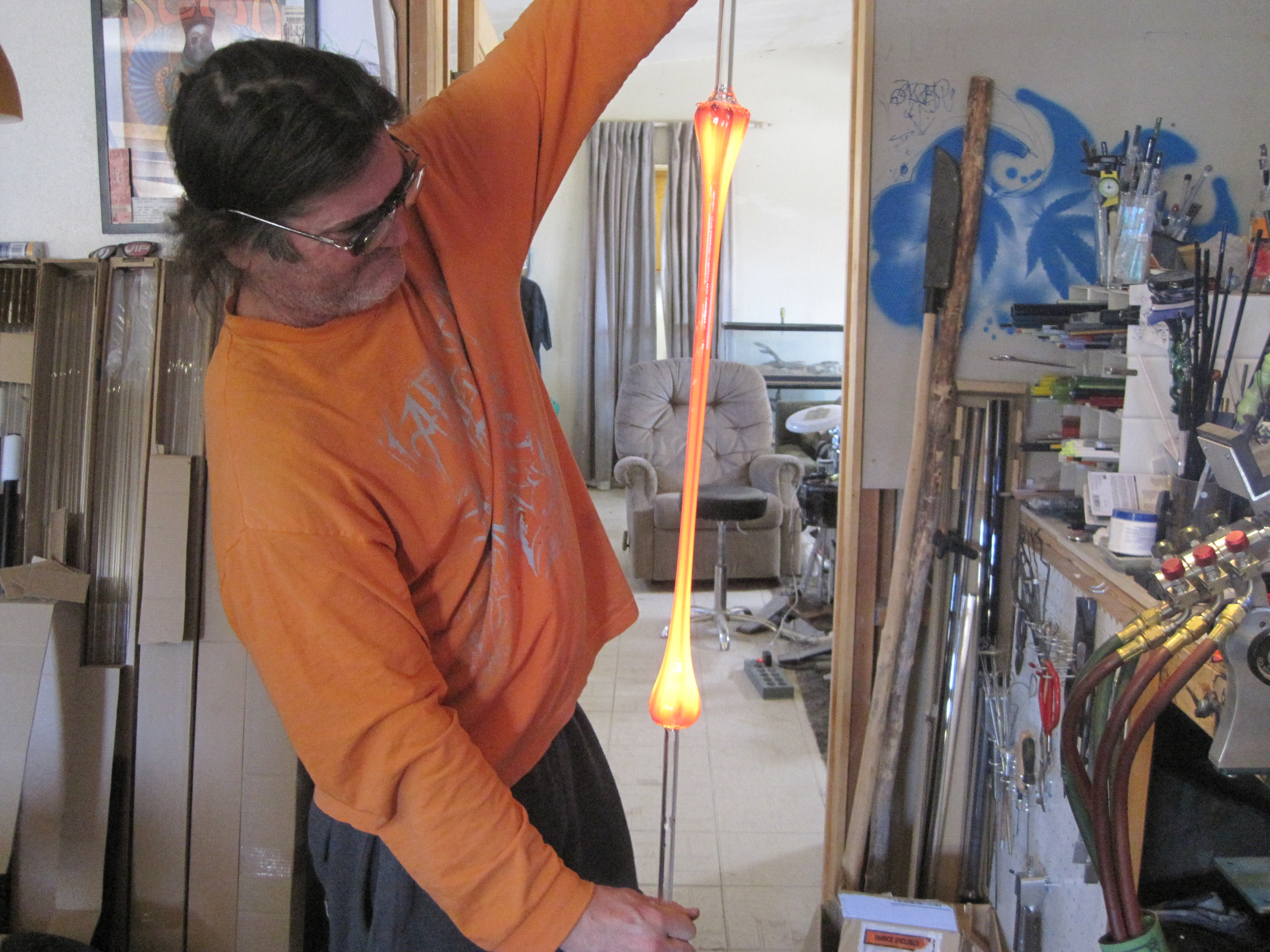 The good old Sherlock, a hand pipe inspired by the one smoked by and named after Sherlock Holmes, the fictional British private detective famous for solving crimes with his skills of deductive reasoning, has been a favorite of cannabis smokers going way way back. But the reason for its enduring popularity is no mystery to glass blower Paul “Masta P” Kowan, who’s made the Sherlock his signature style.

“It fits in your hand nicely and cools the smoke because it takes longer to get to your mouth,” Kowan says. “It’s a great design, and a great design will be around forever.”

Kowan, who lives in Joshua Tree California, been a glass blower for 25 years, but he didn’t start out with boro. The first pipes that he made were from clay, resin and metal. It wasn’t long before glass became the hot material (pardon the pun) that everyone wanted their pipes made from, so Kowan was forced to learn something new — unfortunately, back then, glass blowers and pipe makers were staying under the radar, and there was no such thing as Youtube where you could watch how-to videos. Kowan made a smart move and opened a studio where he and his glass blower friends could work, create and share ideas.

Admittedly, Kowan comes from the old school, and often employees a classic line work technique from soft glass called “pulling tube.” To make the wig wag designs, for which Kowan is known, the trick, he says, is to alternate the turns as the glass is pulled so the different colors ebb and flow in unique patterns. 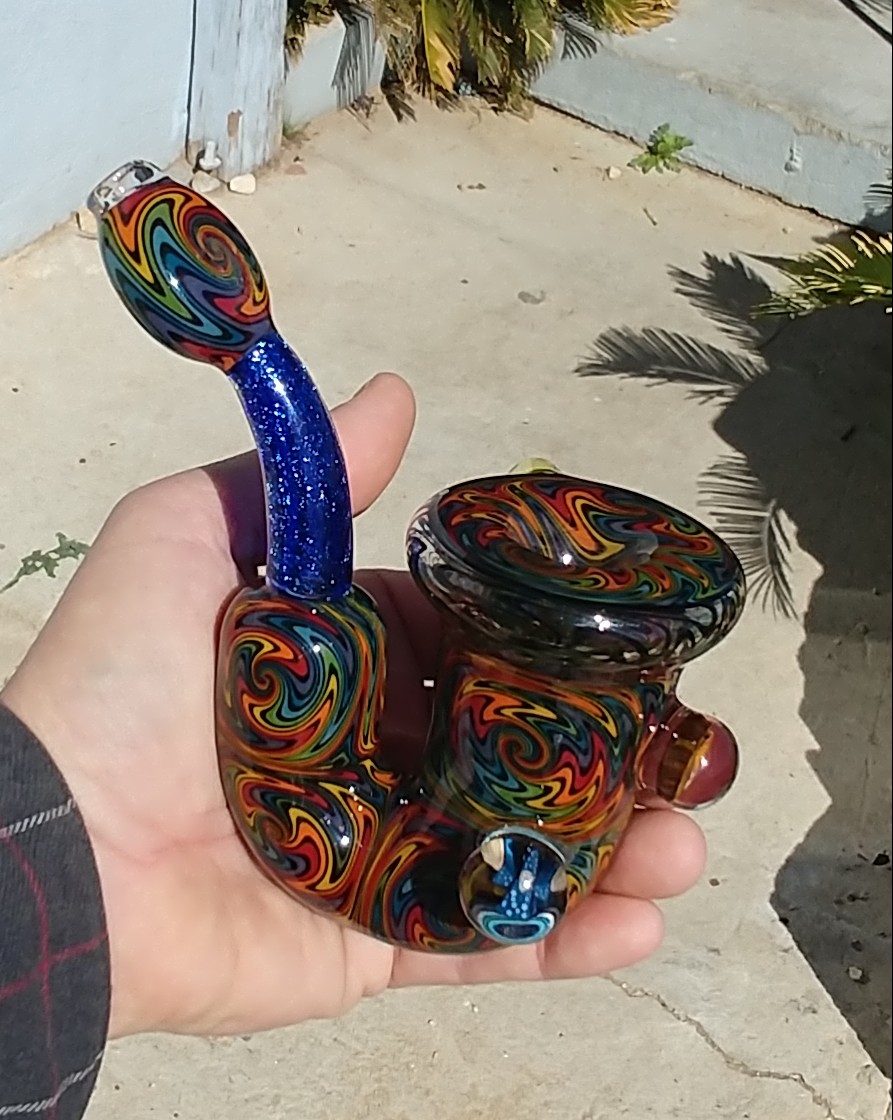 One of Kowan’s most useful tools is not a torch or punty, but rather his own hands — both of them.

“I was really right-handed when I started and my left wasn’t doing much; now my left hand takes up half the slack,” he says. “Once your hands start working together, it’s a whole new ball game and you’re able to achieve some great techniques.”

Kowan is, and always has been, a flower smoker, so he’s had to branch out, making recyclers, wax and oil have become more popular. His take, he calls ‘the marble trap” which has a heady marble “trapped” between the top and bottom sections. “I like to learn new things,” he says, “and it allows me to push myself to make the gnarliest dab rig I can.” 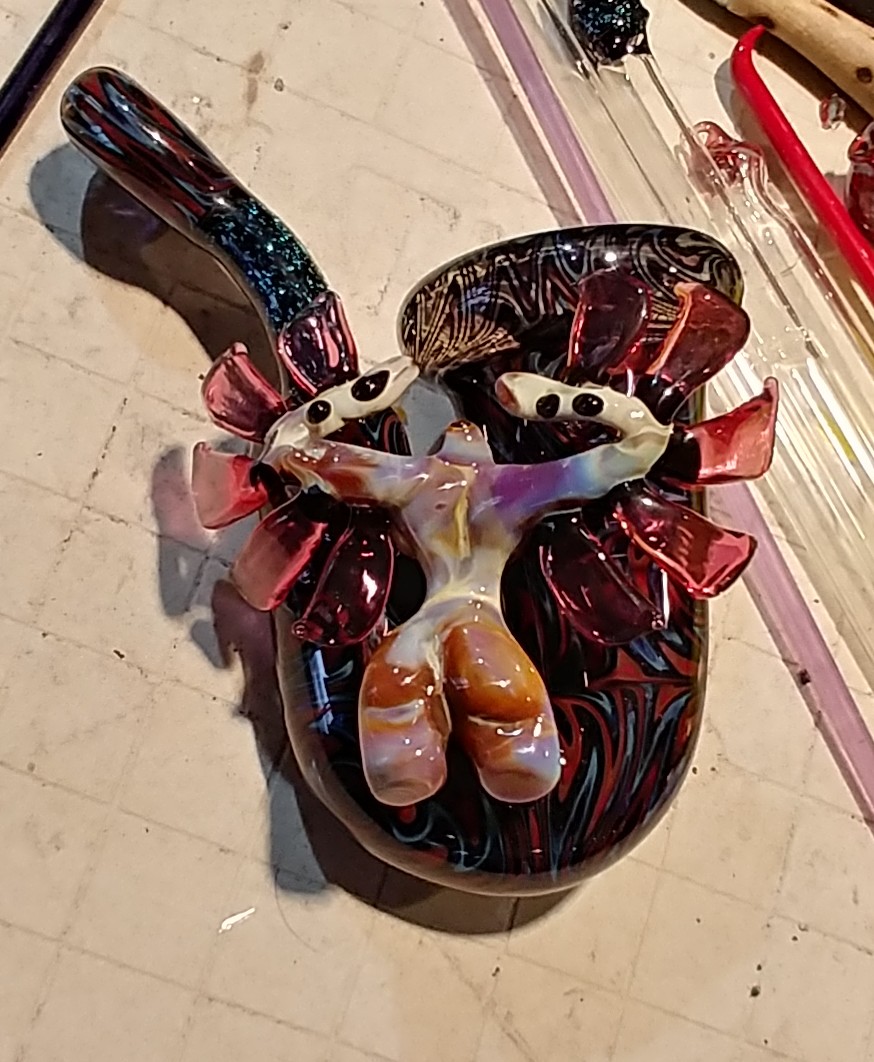 “One of the best things about glass blowing these days, is how easy to find other glass artists and events, like MELT, CHAMPS and Glass Vegas, that inspire you to continue the craft,” Kowans adds. “It’s a special thing for me to be able to produce museum quality artwork and it makes it even more special because I and my friends get to enjoy a sesh with a really cool head piece.”

To keep his propane and oxygen tanks full, Kowan also works as a Real Estate agent and has a mobile welding business. Glass isn’t all about the money, Kowan explains, it’s really a way for him to promote the herb and the culture.

“I’ve always been an underground activist,” he says, “but now you want to get out there and scream, “Marijuana! It’s the best thing on the planet!”