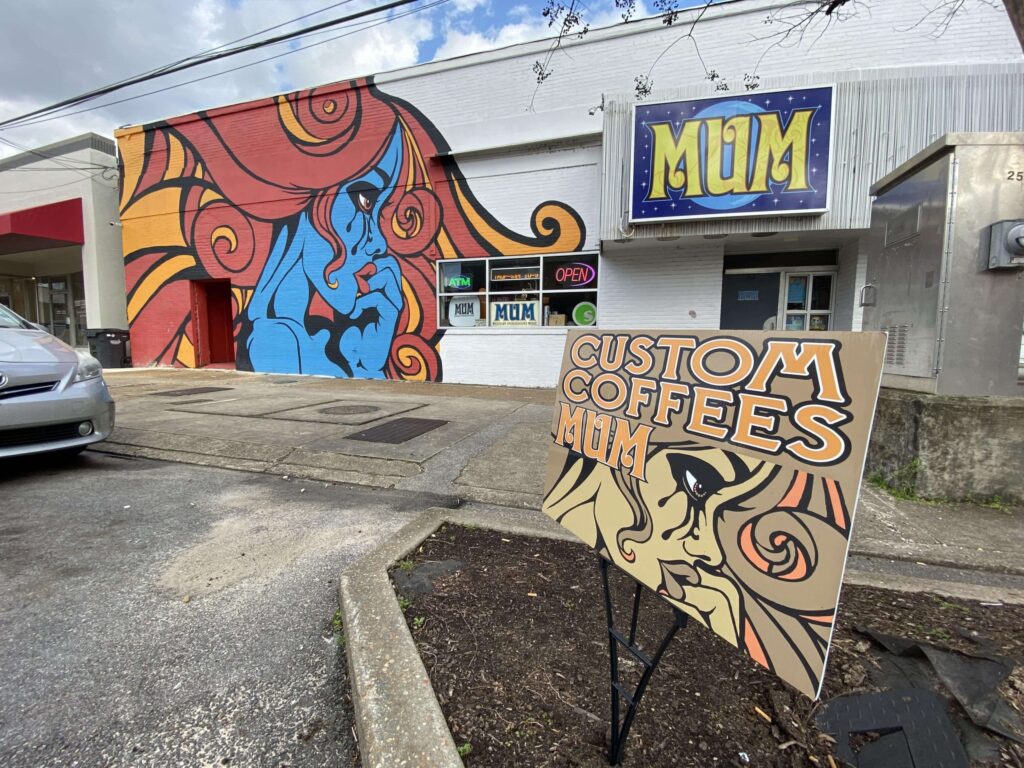 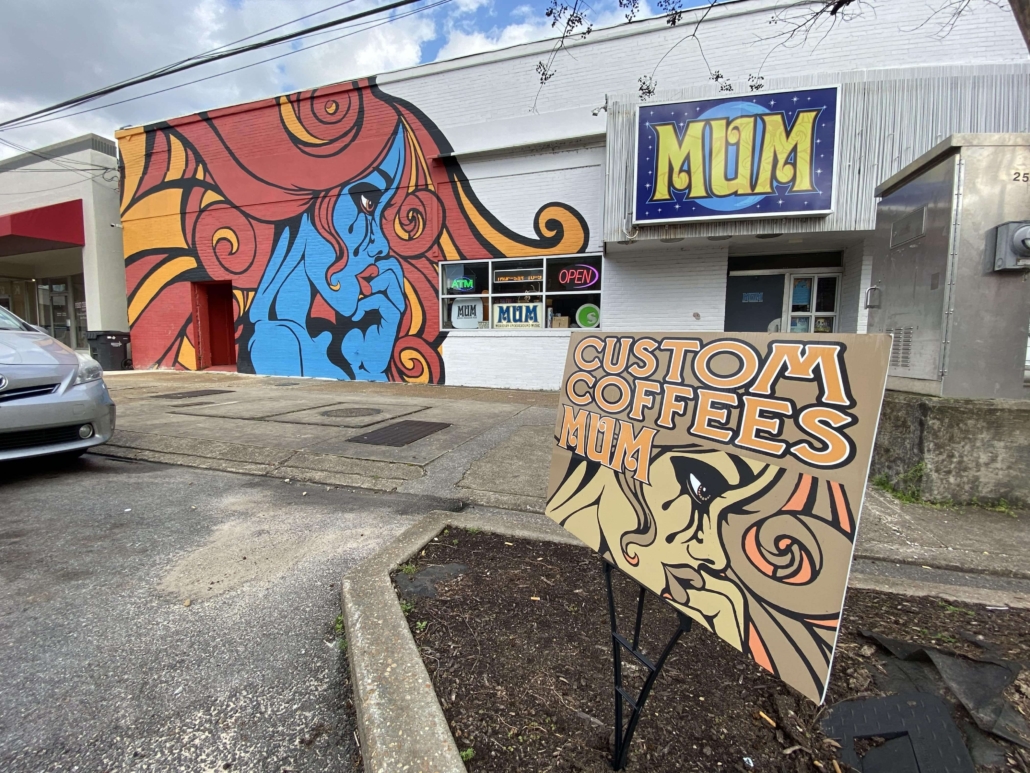 MUM’s the word in Meridian, Mississippi. Located in the East Central part of the state, Meridian is a quiet town — except for when there’s a concert on the sidewalk outside of Meridian Underground Music. Owner Wayne Williams isn’t completely sure, but he figures that with more than twenty years in the books, his smoke shop is likely the oldest in the state.

“A lot of people call MUM an institution, but the only institution I can think of is an insane asylum,” says Williams, who opened the business in 1996.

Williams was in his early twenties when he sacrificed his collection of compact discs to start the venture. CDs were new technology at the time and Williams idea was to offer customers of his for two of theirs. Knowing that to build a sustainable business, he needed to diversify, so he added skateboards, lava lamps, tapestries, “tobacco” pipes, detox and other counter culture items. Music remained at the root of the business. Bands regularly play out front and in the back of the shop is a recording studio. A local guitar marker also created a line of custom cigar box guitars that hang on the wall. 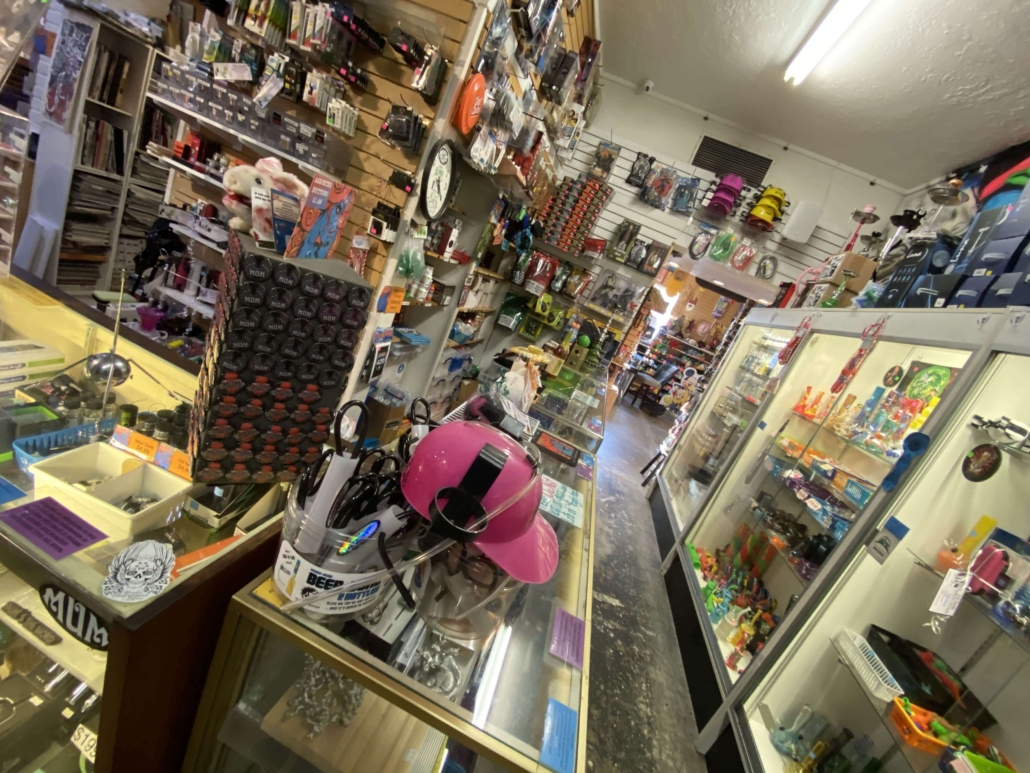 As MUM’s popularity grew, customers began hanging out at the shop. Williams initially shoed them away after they’d done their shopping, but as he got to know the regulars, he realized there was a need for a safe place in town for them to go. So he added video games, billiards, tabletop role-playing games, free popcorn and even a signature coffee blend.

“It’s just a really neat feeling when it all comes together,” Williams says. “I want all five senses covered. And if we have a sixth sense, I want that covered too. When somebody walks in the door, I want incense burning, I want everything looking groovy and cool; I don’t want everything all prim and proper, like a big box store. We try to amplify any pleasure we can out of any of the senses.”

Smoke shop stuff is kept in locked cabinets where it’s inaccessible to anybody under 21. Remember, this is the Bible Belt where until recently townsfolk looked down on those who drank, smoked or looked the least bit different. Mississippi is still a holdout where legalized marijuana is concerned although allowing it for medicinal purposes is on the legislature ballot.

“Early on, there was a little fuss. I would hear from people that their preacher told them not to shop with us, and that we were a bad place because we carried products for smoking and other things that weren’t right in their eyes,” Williams says. “It used to really hurt my feelings that somebody wouldn’t shop with us because we carry one or two items that they don’t like,” he adds, “but yet they go to Walmart or a dollar store that sells stuff that can be used for alternative purposes.”

With the help of wife Stacey and three kids, Williams has earned the trust of the community. MUM regularly participates in charity events, fans show their support by wearing MUM branded apparel, and the staff are proud to say there’s more to working here than just making a buck.

“They’ve always said, “Thank you for hiring me,’” Williams says. “To them, this is a dream job because they get to be a part of making something happen.”

“I really enjoy being able to grow the idea of a positive environment in an alternative lifestyle in the world where I live,” Williams says. “I think that the education is helping change people. I see less racism, fewer gender issues and less hatred than ever before.”