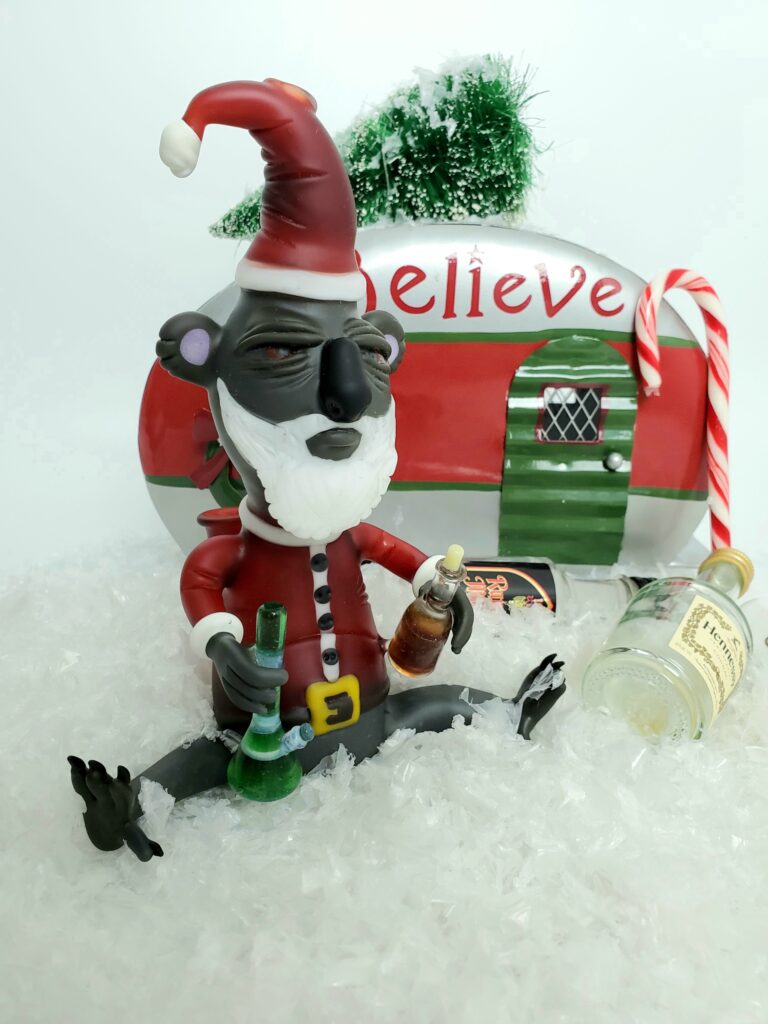 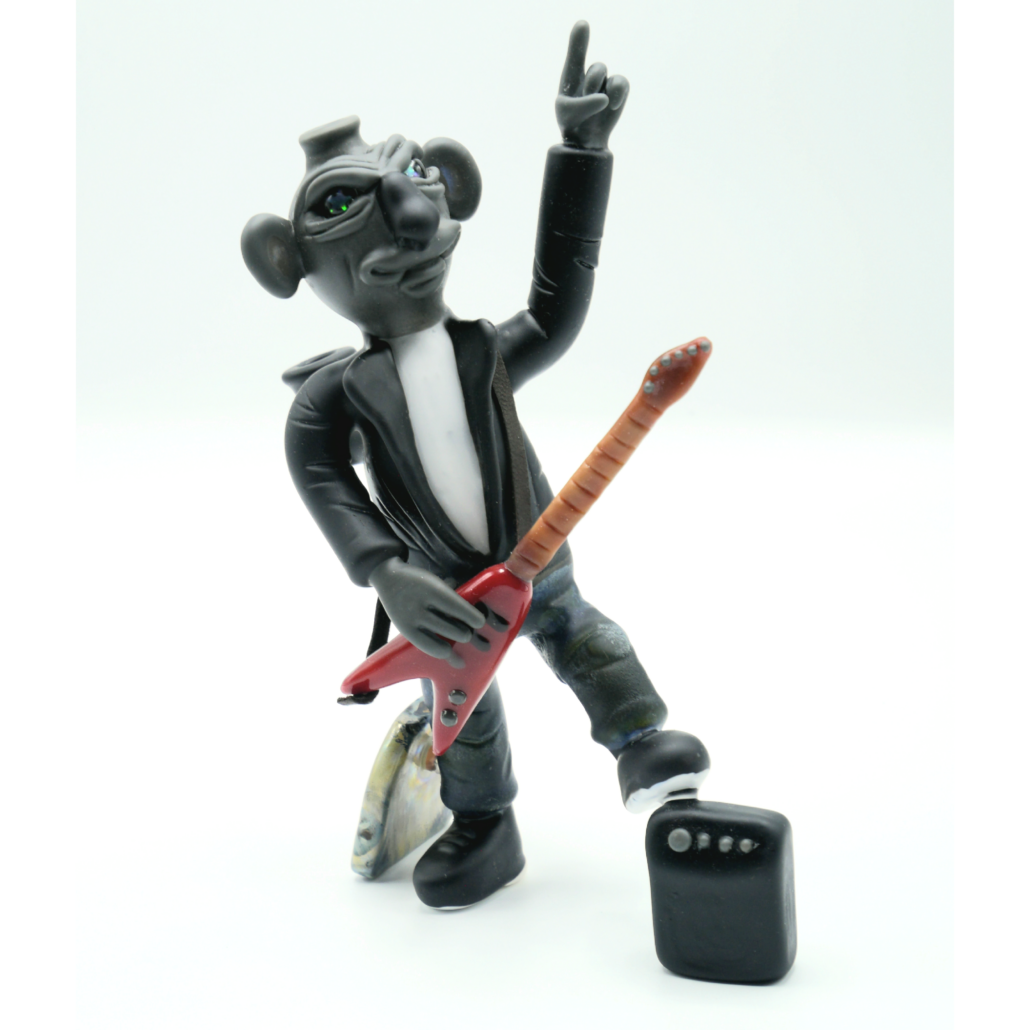 Aaron Uretsky (“Aaron U” for short) is into koala bears. He’s been drawing them since forever, and they naturally found their way into his glass art. At his home studio in Harrisburg, Pennsylvania, Aaron turns the cute, cuddly creatures into full-on party animals.

There are koala bongs with their own miniature pipes, joints and booze bottles, scuba koalas carrying all kinds of UV reactive sea creatures, and even a rocker version, complete with leather jacket and flying-V guitar, inspired by his favorite song, “Juke Box Hero” by Eighties band Foreigner. 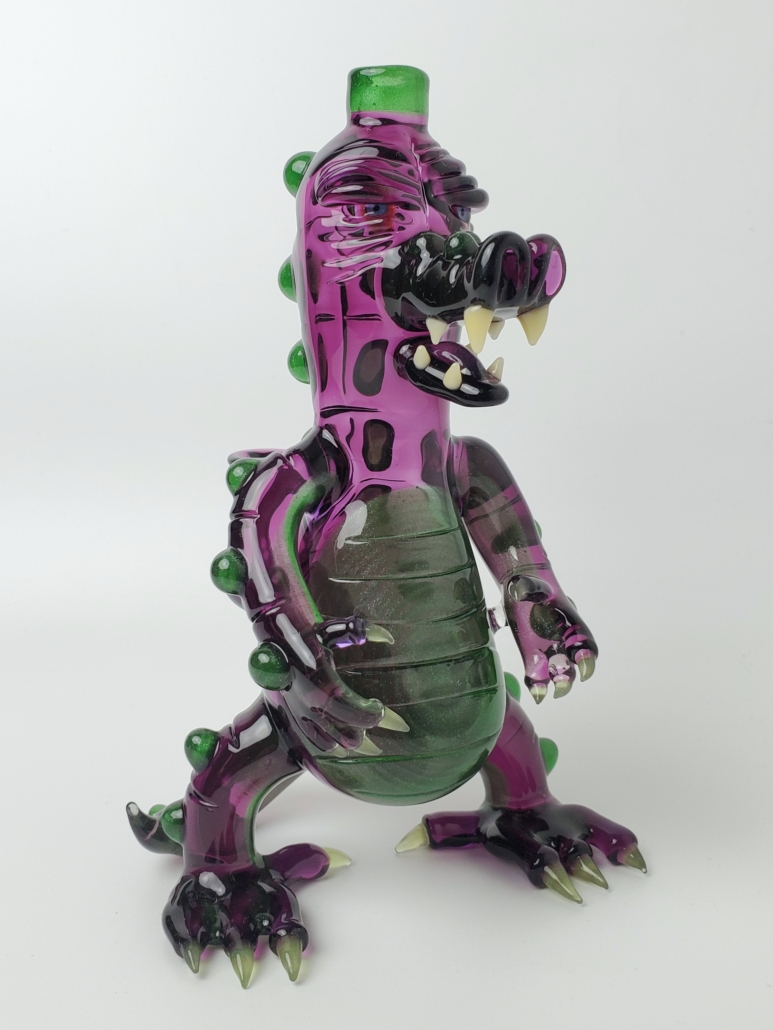 “I started out making angry-looking koalas, but I’m not an angry dude, so now I make them happy,” says Aaron, who’s been at the torch since 2009, learning the fundamentals from his production-making neighbor back in Colorado. Lately, Aaron has added gators to his glass menagerie.

“With sculpture, you got to have a vision of what you’re doing, whether it be a picture in front of you or a clear idea in your head — and don’t be afraid to screw up,” Aaron explains. “For the longest time, I didn’t like the koala’s eyes, so I obsessed over them until I got them right and then I moved on to the ears. It’s just a matter of keeping on trying and honing in on the details.”

In a time when Instagram makes it easy for glass artist to sell their work directly to followers — Aaron has 10K, by the way, he prefers to get his pieces out to smoke shops. Along with his headies, he also creates dry pipes and pendants. 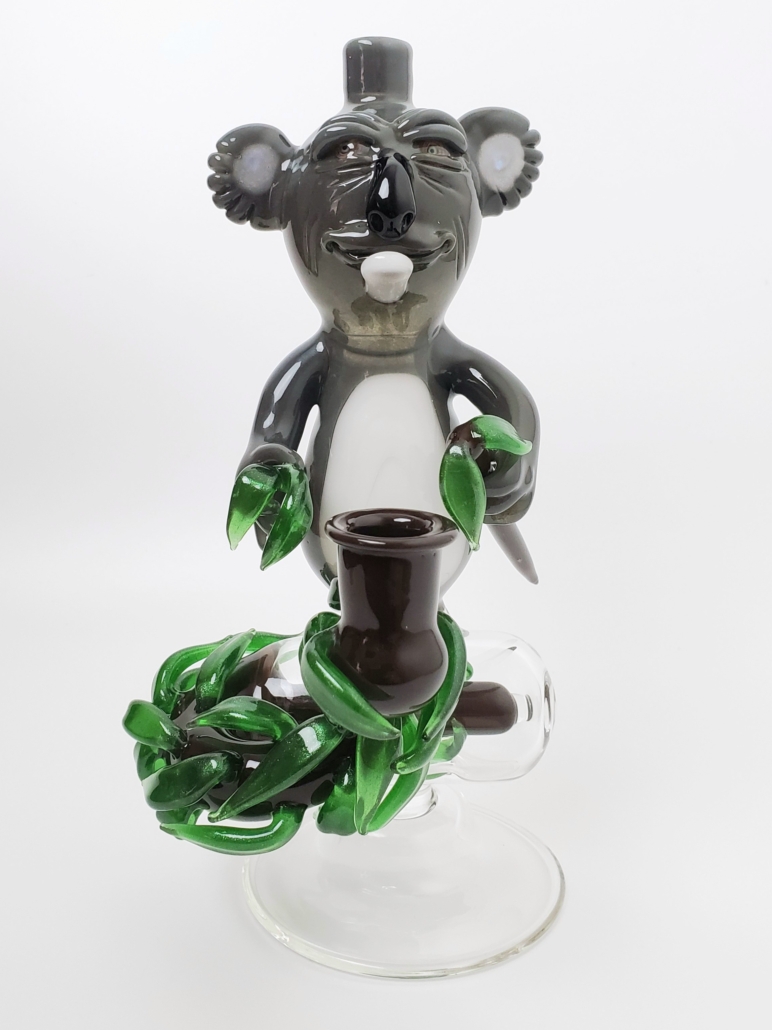 “I’ve worked in shops before, so I see the dynamics of it and how pieces spread out and touch new people,” he says. It’s essentially a little team of people pushing your glass all day, every day, which is a huge plus.”

“I’m one of those fortunate people who found what they love to do,” Aaron says. “I’ve always been creative, but nothing has fascinated me like glass has — it’s just so different and cool, and I love the whole culture surrounding it.”