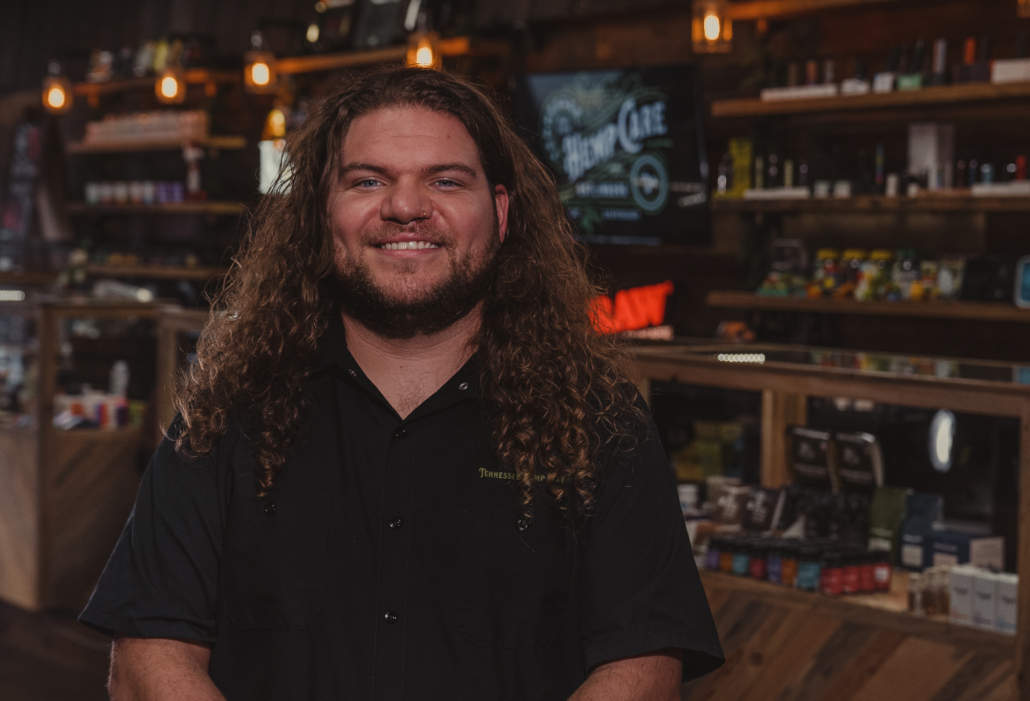 Tennessee Hemp Care Brings and the Best Buds in Gatlinburg

“Do you ever feel like maybe you guys opened the O’Doul’s of cannabis dispensaries?” 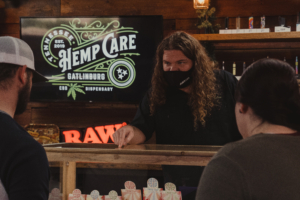 From an outsider’s perspective, it might appear that I was rolling the dice with this quip. A writer is supposed to establish rapport with his subject. Poking a bit of fun, no matter how harmless, isn’t always the best route to make that happen. Don’t worry; I’m a professional. I know how to read the room. 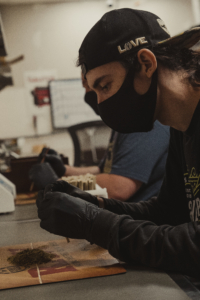 Anthony practically explodes with a belly laugh while trying to answer in the affirmative.

“Yeah, we kind of get that all the time,” he acknowledges, his voice still shaking with an underlying chuckle. “They’re like, ‘Oh, are you selling diet weed?’” 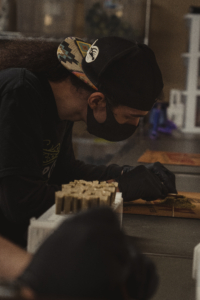 Really, any new shop adopting the emerging hemp CBD model instead of the traditional smoke shop is arguably fair game for such pithiness, but Tennessee Hemp Care in Gatlinburg, Tennessee is an extra special case.

The fact is, although it’s perhaps a bit reductive, the description fits. The shop is exactly what you’d expect from a high-end Denver cannabis dispensary in every possible way, minus the THC. Well, minus any THC above .3% on a dry weight basis, but I digress.

This isn’t a happy accident; it’s by design. 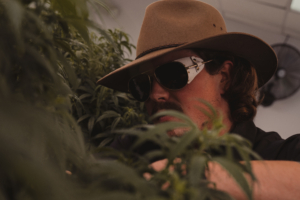 “That was the vision,” Anthony confirms. “We actually even flew out to Colorado to look at all the big dispensaries and get the vibe for what we wanted in a shop. There are so many CBD and hemp stores opening up and we wanted to really set ourselves apart from everybody else.”

Mission accomplished. What they’ve crafted is a wonder to behold; rustic artisanal woodwork (provided by a family member), iPads packed with information on every strain of hemp flower they carry (they always have at least 12 in stock), and an entire grow operation in the adjacent storefront.

“Our business quadrupled when we moved the plants in front of the window!” Anthony laughs. “People can’t help but stare. We’ve caused wrecks. I mean, we’re on the main drag of Gatlinburg and we have what looks like pot plants in our windows. It’s gonna turn some heads.” 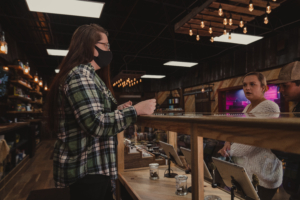 It should also be noted that the iPads aren’t remotely sparing on the information. They give a full report, complete with whether the flower is indica or sativa dominant, where it’s from, and a breakdown of the plant’s cannabinoid makeup.

The whole operation is already impressive, but it seems all the more when you consider their location. Gatlinburg is no Denver. Nestled practically at the entrance of the 520,000-acre Great Smoky Mountains National Park, it’s a tourist town, but it’s still in the heart of the Deep South. 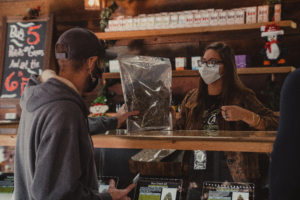 “It’s the buckle of the Bible belt,” Anthony offers dryly. “The city is actually pretty happy with us in how we are representing ourselves, though,” he continues. “They believe we’re doing it the right way.”

It also definitely helps that they went the permission over forgiveness route.

“The first thing we did was go to the City of Gatlinburg and get their approval,” he recounts. “We’ve since become very involved with them.”

This story may have technically only began a year ago (it’s their one-year anniversary this month), but the real narrative stretches back a few more years than that. 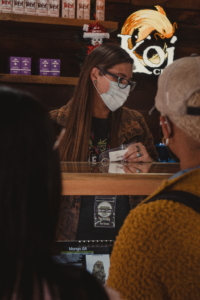 “Our owner, Alan-Michael Dunlow opened a vape shop downtown in the summer of 2015,” Anthony recounts. “I started working there back then and he and I became really good friends. Actually, he’s pretty much one of my best buds now.” Heheh. Best buds.

“Since this whole CBD thing really took off,” he goes on, “we’ve always had a dream of opening a really nice hemp shop in town. From the beginning, we wanted to be different. We really wanted to set the bar on what a CBD outlet could be.” 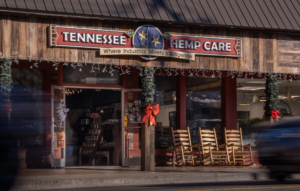 Only a year in and they can barely keep the product on their shelves – and in the middle of a pandemic, no less.

Not surprisingly, underneath all the head-turning bells and whistles, the secret in the sauce is what it always is – and it’s not even really a secret: Retail success is always rooted in quality of service and quality of product.

The service part is easy. That’s second nature to them. The quality, on the other hand, well, that can be a bit of a challenge in today’s CBD industry, still largely dominated by closet cowboys and gray market grifters.

“There’s so much BS out there,” Anthony laments. “So much of the stuff out there just isn’t what is advertised. I won’t put it in the shop unless I know that it is what it claims to be.

We really focus on the quality, the stuff that’s being grown in high end facilities like top tier marijuana . . . hand trimmed buds, grown indoors, all hydroponics.”

So, maybe the O’Doul’s reference really was too reductive for such a thoughtful and upstanding operation. In retrospect, as amusing as it was, they do deserve better. Considering one of their goals, according to Anthony, is to “remove the stigma,” my vote is that we go with “Gatlinburg’s gateway.” 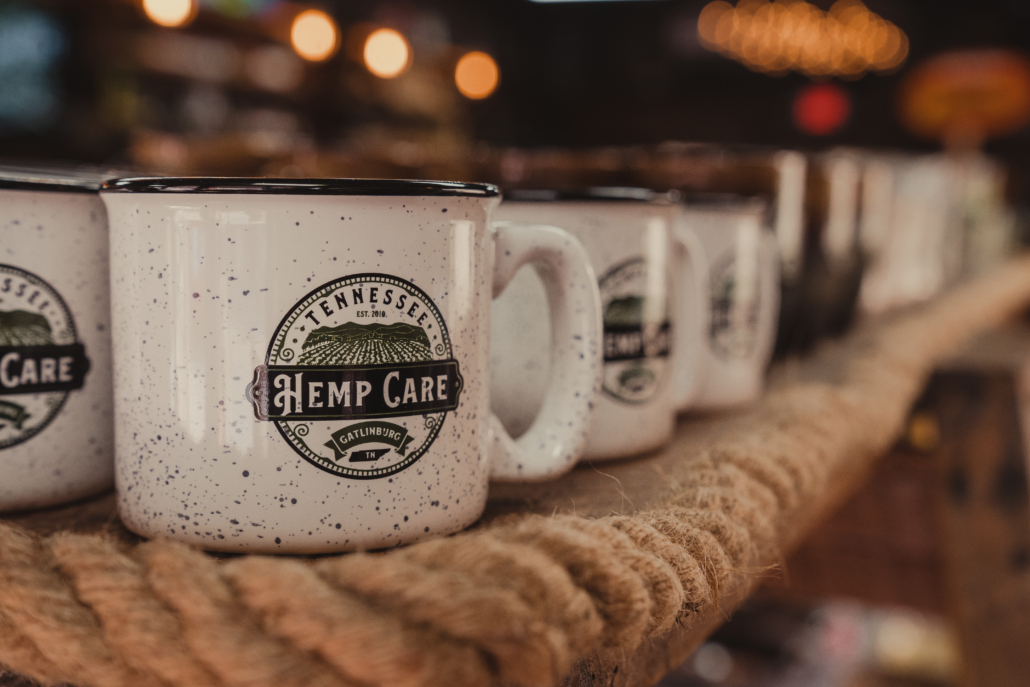