Billy Wayne Davis is being promoted as a “thinking-man’s hillbilly,” and if that sounds like an oxymoron, you may want to first give his debut album a listen. Everything from his name to the album’s cover practically screams “Blue Collar Comedy Tour,” but he would puzzle the halfwits who attend such shows. He instead offers a refreshing take on an oft-stereotyped “country” sensibility, one that can only be toppled if more artists like Davis step up and let their voices be heard.

A native Nashvillian who has since put down roots in Seattle (even placing second in 2010’s Seattle International Comedy Competition), Davis’s fish-out-of-water status gives him plenty of leeway to fuck with urbanites, as he does on a bit about colored pencils (you do the math on that one). He has fun playing with this confusion (i.e., that he should be a close-minded rube, according to his accent) when in reality, he gets down with all sides. In a bit about how rednecks and gay dudes dislike each other, he notes that they don’t seem to realize they both hate sleeves. When a joke about diabetes doesn’t go over, he claims the white people in the room who aren’t laughing simply don’t have any black friends. His taste in music runs the gamut and doesn’t exactly prove that he’s non-judgmental in regard to race, though going out to a small-town bar with actual live bull-riding – wherein he’s concerned for the lives of the black men there – sort of does.

Moreover, Davis doesn’t mind taking the piss out of so-called liberal institutions. While discussing his move to Seattle, he talks of how he read the city was a “utopia of progressive liberality” that rained open-mindedness every day. “Take off that Patagonia and soak it in!” he jokes in a cheeseball tourism voice. “You’re not wet, you’re a better person!” But it doesn’t take him long to wonder, “Where’s all the black people?” before realizing how “fucked up” it is that, with exception to sports players in gated communities, they all live in Tacoma, and how “all the gay people” live on a hill. Not only do the citizens of this allegedly progressive place look down on him for the way he talks, but they’re really not as progressive as they claim to be, anyway.

Considering his utterly calm demeanor on stage, it’s no surprise that Davis has worked with folks like Louis C.K., Mitch Hedberg and Colin Quinn. Relative newcomer though he may be, his confidence is infectious in such a way that it almost makes the duddier jokes go over better. He nonchalantly shuts down hecklers throughout as if it’s his job. After a guy yells for a “Tennessee joke,” Davis asks him if he sees anywhere on Davis’s person where the heckler could insert a quarter before quickly concluding for him, “I don’t take goddamn requests.” Elsewhere he informs a clearly-very-drunk woman that the performance is a “monologue, not a dialogue.” His effortless ease with both the crowd and his material is admirable; some comedians will play up their seriousness for laughs, but it’s Davis’s lightheartedness that really makes him shine, whether he’s talking about Texas bravado or terrible grammar.

All in all, Billy Wayne Davis is an exercise in tolerance, and not in the way that might be expected, but for big-city, blue-state, bleeding-heart liberals. Davis is a reminder that not every large, bald, Southern-accented meathead of a guy can be judged on face value alone. Maybe, just maybe, he also thinks rednecks are assholes, or that a guy at the Texas border asking whether or not you’re a faggot is ridiculous, too. Of course he’ll still perform that same joke in Texas in the meantime, because they’ll laugh even though they don’t realize the joke’s on them. He can hang with the hicks because he understands them, but by absorbing their asinine behavior and later mocking their ignorance, Davis is both funny and subversive. 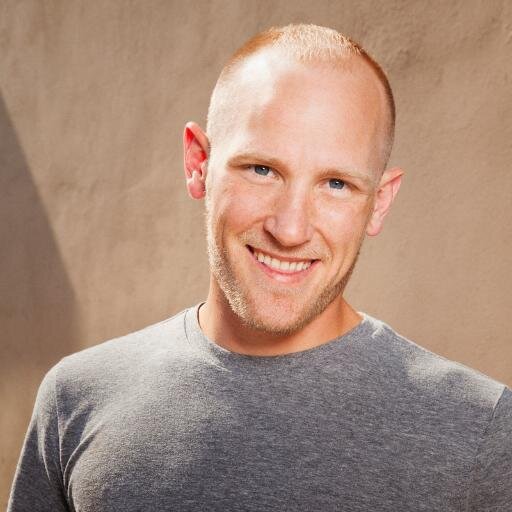