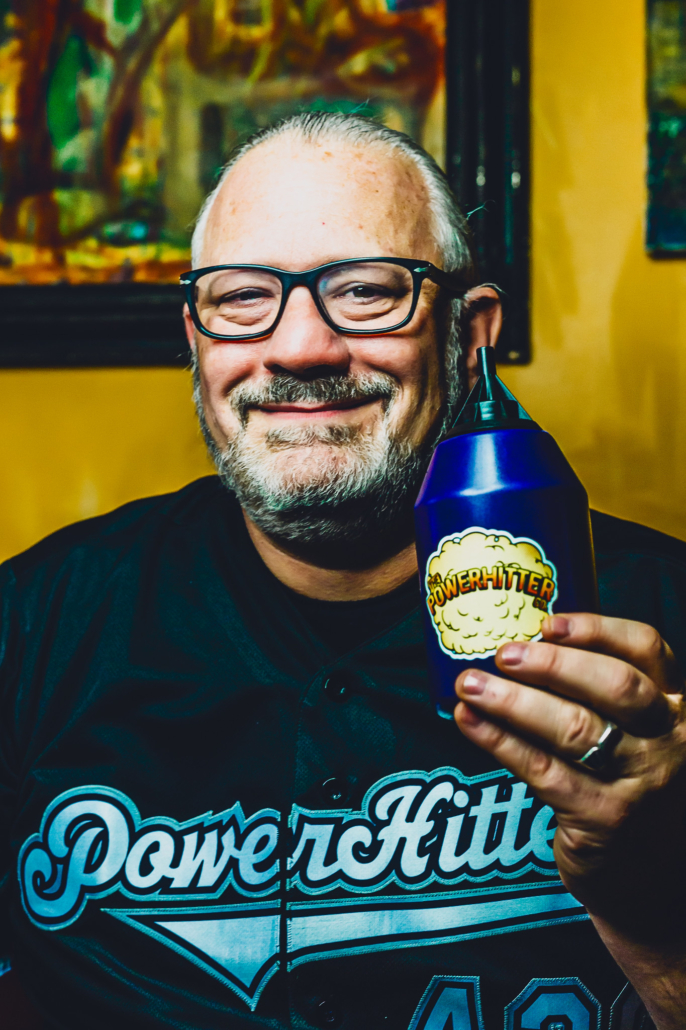 The seventies may have been groovy, but for pot smokers, the choice of pipes was a real drag, being limited to ceramic and metal spoons, some basic glass bongs, and maybe an apple or Mr. Pib can with holes punched in them if you were desperate or low on dough. You never would have thought about smoking out of something that looked like an oversized plastic ketchup bottle. But that’s exactly what The PowerHitter was, and it became legendary for (as the headline in magazine ad from the times proclaims) getting you Higher Faster and Easier Than Any Smoking Device Ever Made!

Essentially a plastic jug with a carb on its side, The PowerHitter incorporated a specially designed mouthpiece for holding a rolled smoke. You simply inserted a lit doobie into holder on the bottom of the mouthpiece, screwed it back on the bottle, covered the carb with your finger and squeezed — as if by magic, out shot a steady stream of smoke that you inhaled inches away from your mouth.

Because The PowerHitter was inconspicuous, it was perfectly suited for use at festivals, on campus or any public place where paraphernalia might get you busted.

“The first time I used The PowerHitter was in the parking lot at a Grateful Dead show. I smoked an entire joint by myself in three minutes,” recalls Allen Stein, the entrepreneur responsible for bringing the PowerHitter into the 21st century.

Remembering how much he loved the simple, yet functional smoking device, Stein went on an epic search for one. He sought out the OG manufacturers, who had sold millions, but unfortunately, they had long since ceased production. His next stop was eBay where he spent a couple hundred dollars on a knock-off. As with most copycats, they are nowhere as good as the original, and when Stein tried it out, the joint fell out of the holder and burned a hole in the bottom of the bottle.

New products typically come to market because somebody wants to make a buck. Stein admits that his interest in resurrecting The PowerHitter was purely selfish. 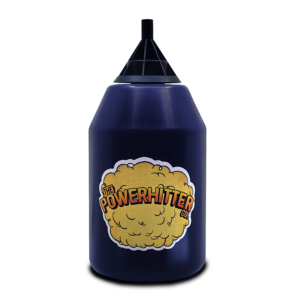 “I hate getting passed a slobbery joint or being at a party and getting the blunt with all the cooties on it,” he says.

Stein made very few changes to the original PowerHitter other than to form the bottle from food-safe, BPA-free and flame retardant plastic and decrease the volume by 50ml so that it would hit harder and pop easily back to shape.

“I wanted to tip my hat to the original design that was beauty in engineering,” Stein says, “but I wanted to perfect.”

Stein launched his new and improved PowerHitter at the 2017 Cannabis Cup. The initial run of a thousand units sold out in a flash and Stein knew he had a major hit (no pun intended). People emailed asking where they could get one and more and more orders came in. A buzz grew about the PowerHitter on social media as well. The official Instagram page (@powerhitterco), showing people of all ages (legal, of course) enjoying the product, has more than 31K followers.

“I’m glad people love The PowerHitter as much as I do,” Stein says. “The PowerHitter is in more than a thousand smoke shops and it’s flying off the shelves.”

“Smokers are drawn to The PowerHitter, not only because it’s unique among cannabis products, but it’s something they’ve heard their parents talk about,” Stein adds. “There’s also a nostalgic factor. Those who remember The PowerHitter, but haven’t seen one in ages, are excited to be able to have one again.”

Suggested retail price is $25 to $29.95. In a retail setting, The PowerHitter stands alone with a hang tag for instructions. The company’s sales team supplies retailers with eye-catching marketing materials including 4×6 point of sale display cards. 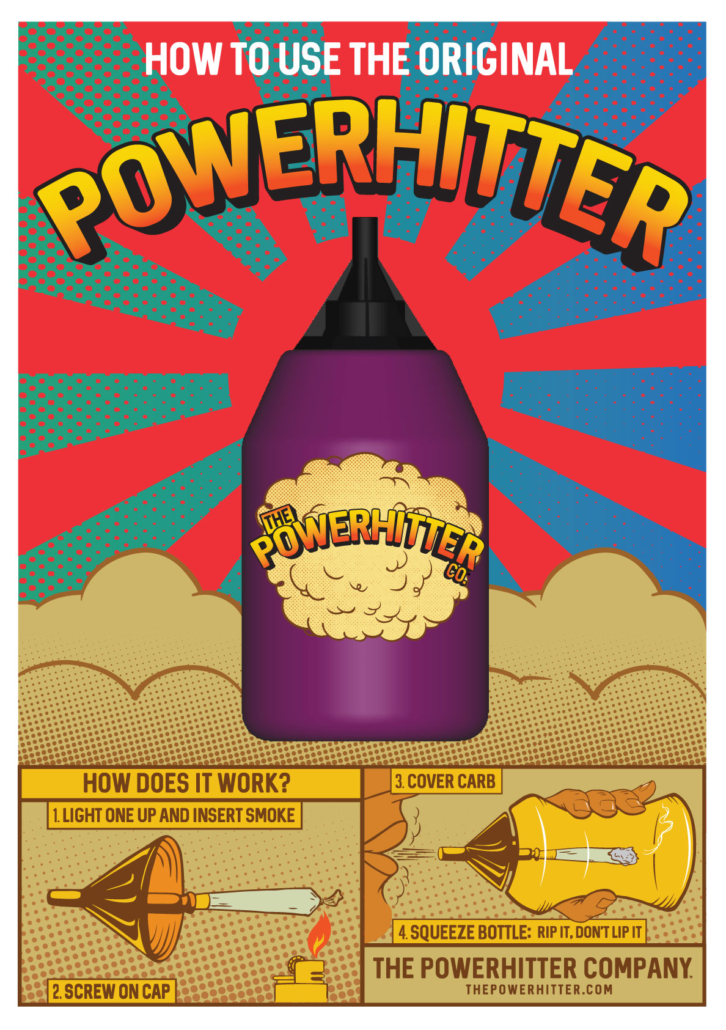 Back in the day, people collected different colored PowerHitters that came in red, blue, black, and even trippy glow-in-the-dark. Stein hopes to capitalize on that same enthusiasm. The first new PowerHitter was released in an eggplant color, and for 2021 its available in navy blue.

“We plan on releasing a new color each year,” Stein says. “We might even do some co-branded versions.”

Dispensaries in legal states are seeing advantages in The PowerHitter for medical marijuana patients.

“Veterans, in particular, really like The PowerHitter because it allows a user to quickly get the ‘medicine’ into their system quickly,” Stein says.

“The smoke stays inside of the bottle unless you squeeze it, and the smoke that comes out is going right into your lungs — so it’s a terrific way to conserve your smoke and you’re also able to use smaller joints,” Stein adds.

The benefits from a safety perspective are two-fold. Firstly, with The PowerHitter, you have zero issues with accidental burns, and because it self-extinguishes when not in use, it is less dangerous for those who like to smoke in bed before they fall asleep. On the other hand, in this cautionary time of social distancing and germ avoidance, The PowerHitter is a sanitary way to share your smoke with friends.

“This is the best PowerHitter you’ll ever find –- it’s fun, easy to use and safe . . . and it’s got great margins for stores,” Stein says.

“A rising tide, they say, raises all the ships, and we work for the combined success of all our partners,” Stein says.  “My role is to help retailers, wholesalers and distributors move as many PowerHitters as possible and have fun doing it.” 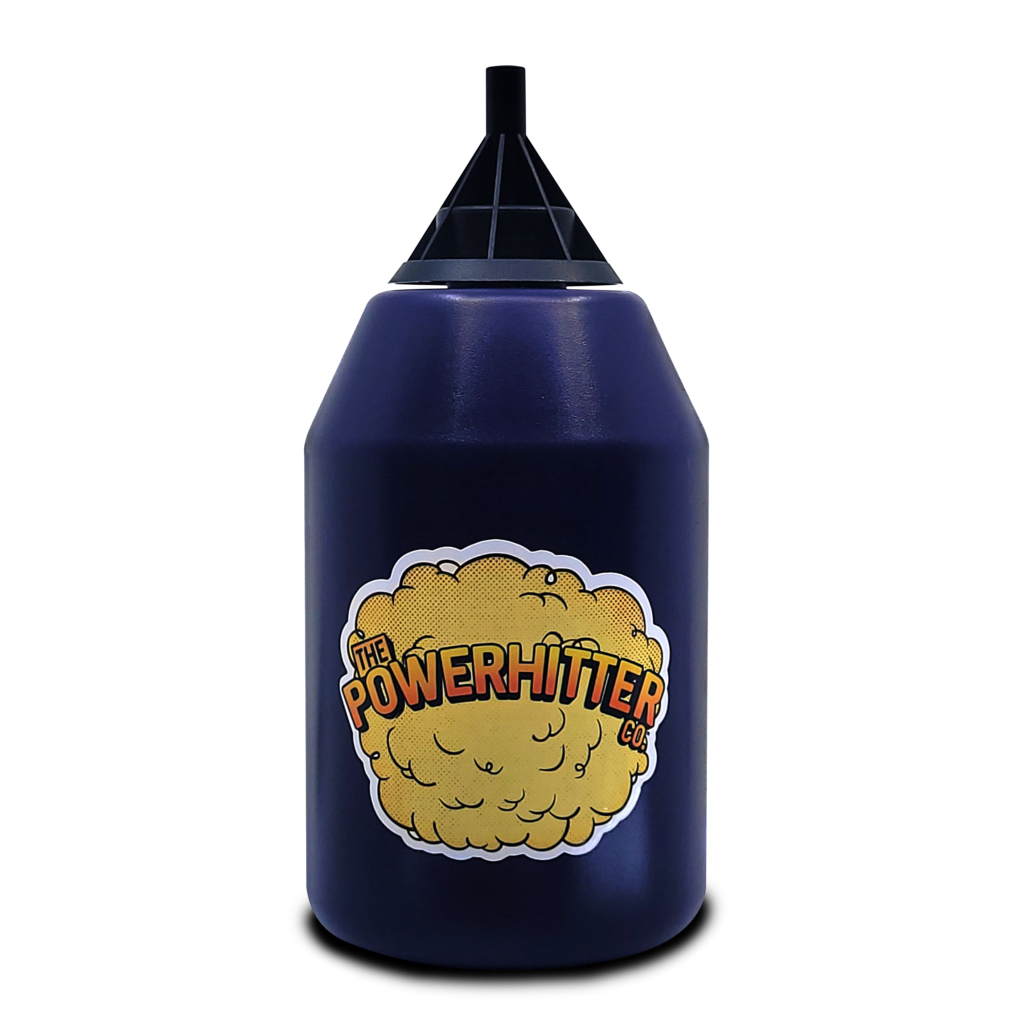