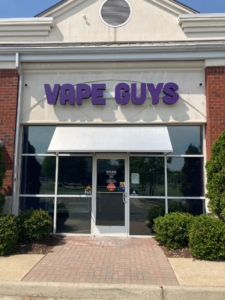 I always look for a “hook” or “takeaway” when I do a story or a profile in the smoke shop biz, and with Yan Gleyzer, owner of The Vape Guys in Colonial Heights, VA, I got several. Here’s a few which we covered in just 30 minutes:

“Don’t sell what you have; sell what people want to buy,” something I have been teaching for years.

“It’s not about pushing product: it’s about helping your customers,” ie, pay it forward…

“Money is meant to be enjoyed! Don’t work yourself to death. Travel and see the world while you are young.” All good advice. 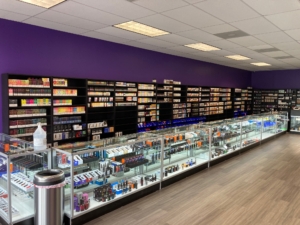 At the age of 32, and considering he started The Vape Guys in 2014, he’s on an upward trajectory.

Even INC magazine, which profiles and publishes lists of the fastest growing companies in the country agree, and rank him #1252 in 2020 nationwide, with a 359 percent growth, and #135 in the Washington, DC, metro area. Gleyzer hit the list for the first time in 2019 when they were showing 800 percent plus growth over prior years.

These numbers are self-submitted but require audited tax returns. 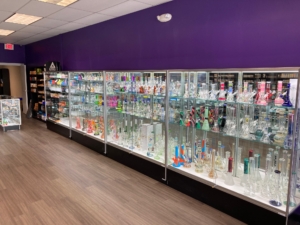 Not bad for an entrepreneur who was born in Belarus, a small country which was part of the former Soviet Union. He came to the US at age 19, and now, just 14 years later, he continues to grow his many business ventures.

He started with cell phones and accessories, and in 2014, after making fun of his employees who started vaping, he took to vaping himself to kick his two pack a day smoking habit. They encouraged him to start a vape shop, which they did with a small mall kiosk, and outgrew it three times in a short period of time. Since he had Chinese connections through his prior business, adding vape products was an easy next step. 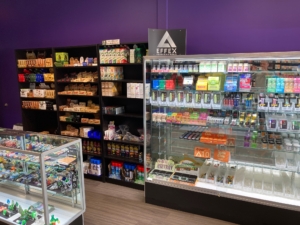 He no longer manufactures e-liquid, which was his first large venture, and has focused on smoke shop accessories in his expansion model. 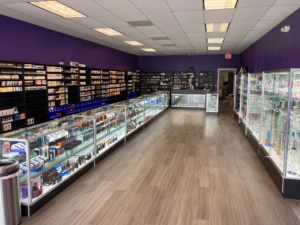 “I watch the trends,” he says, “and smoke and cannabis products are the future. It is critical to diversify and sell what the market wants. We wanted to grow our primarily vape shops, so added small, cheap items, like rolling papers, grinders, and such, and we just expanded from there.”

He keeps his feet planted in both the vape and alternative spaces as a board member of Cannabis Business of Virginia Association and VP of Virginia Smoke Free Association.

Along with enjoying the fruits of his labor, Gleyzer also goes that extra step and helps his customers, which can include him flying to their location on his dime and helping them at no charge.

He recently did that with a Texas shop, and helped the owner reorganize the store, train his employees, and helped him grow his business so that he expanded into more locations. His “hands on approach,” includes teaching his customers what SELLS, and is committed to not offloading products to any of them. 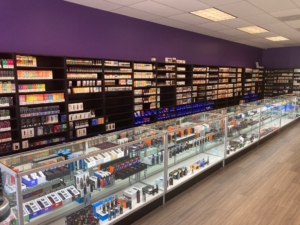 Gleyzer has learned from his mistakes over the past dozen years and insists that presentation is everything. It is critical to be organized and always take care of your employees.

You can be sure The Vape Guys will be on the INC lists for years to come and are worth watching.