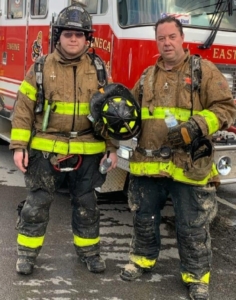 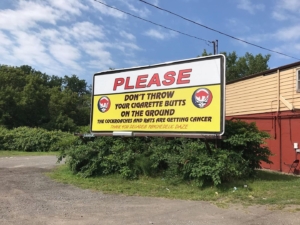 It’s not often I do an interview and come away with something that has nothing to do with the subject! Case in point: my conversation with Ryan Gerald, the owner of Decades, a small chain of head shops/ smoke shops in New York. The first one opened 25 years ago and their growth has been consistent, though not meteoric, and according to Ryan, “I’m pretty comfortable where we are and might just stay here!”

All good, but considering that Ryan is a licensed and certified firefighter and paramedic while running these four shops, and considering that he has pantries outside his shops to help the less fortunate, and the story takes a different turn.

It started 27 years ago when he took CDs and tapes to flea markets and expanded a year later with smoking accessories. That took off and three months later shop number one, Decades Psychedelic, was born in South Buffalo. They outgrew that one about a year later and started expanding into shops two through four.

Gerald seemed to have been born with an entrepreneurial drive since he started writing business plans as a kid and discovered that his grandfather opened one of the first retail feed stores in his area over 100 years ago. His first paper route expanded into more, then he added snow shoveling and delivery services for the elderly.

“My early shops carried a lot of concert material, like tie-dyed shirts and posters and we have always carry and sell a LOT of incense, usually over 400 flavors. I’m amazed how many customers come in just for incense,” he confessed.

He was one of the first to offer 420 Super Sale, which generated a lot of copycats, and he is fine with that. His original $4.20 bags has expanded into over 2000 goodie bags in just one shop. They plan months ahead for that, and people wait in the parking lot, entertained by food trucks.

They are probably not going to expand, and six shops have opened in less than one mile in the last year, but Gerald is not concerned. “I love competition! It keeps me on my game. These new stores have helped my shops, and business has grown.”

“Where quality matters” is their slogan, and it does matter.

In the late 90’s his son was born, a preemie, and Ryan wanted medical training to be more attentive, so joined the volunteer fire department and became an EMT. This added training helps his customers, especially with CBD for PTSD vets and older customers. 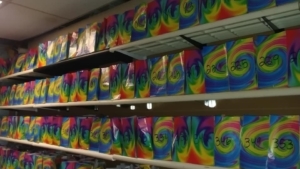 “I spend on average 30 minutes with each of them and take the consultative approach,” he shared.

“Why the fire department?” I asked.

“I love helping people! I had a medical condition that stopped me from being a full-time firefighter, so I joined a volunteer brigade. There have been many times that I get a call and tell the customers I need to close the shop for an hour, and they are very cool with that. When we got hit with a hurricane we closed for two days and I think our customers appreciate and recognize our commitment to the community.” 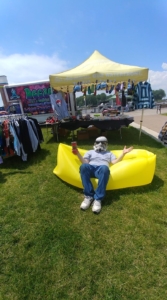 As we finished our talk I asked if there was something we missed, and he shared his passion and mission to help the less fortunate out on the street.

“Decades Little Free Food Pantry” is a box outside each of his stores, and they keep it full with items they need. Soap, razors, water, whatever the homeless may require, he tries to keep them stocked.

“I would love to see other smoke shops do something similar,” he said, so maybe you readers will agree.