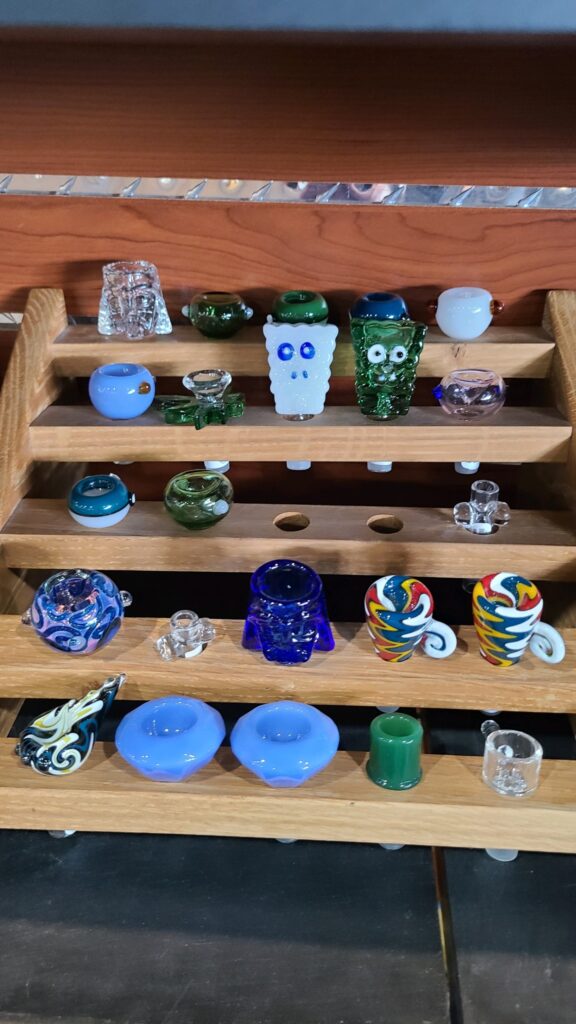 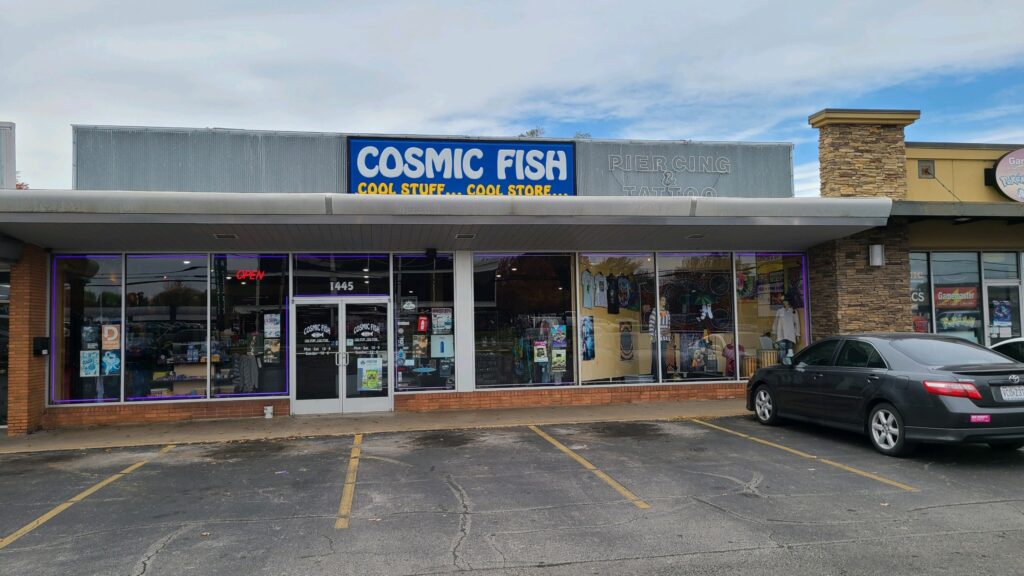 We profiled Ronetta Rushing with Cosmic Fish since she was the lucky winner of our annual HQ giveaway, which took place in November. So, we wanted to share a bit more of her history.

She opened her smoke shop in 1994 with her then partner, who she later bought out. “What motivated her to get into this industry in the first place?” I asked.

“There were no other smoke shops in town,” she laughed, “and we didn’t start out selling these types of products. We started as a novelty store, like a Spencer’s Gifts, for anyone who still remembers them.”

Spencer’s started in 1947 and for many years were landmarks in every mall in the country. They sold posters, gag gifts, cards, and a unique variety of things you never knew you wanted–until you saw them! They went through ownership changes in the early 2000’s and are still around, but do not have the presence they once did.

Rushing said, “Yea, we sold a lot of similar items, but no smoking products—at first. Because of demand (and little competition), we added smoking accessories and pipes, and over time grew and moved into larger spaces a few times.

Since I am a Pisces birth sign I wanted something that reflected that, so came up with the name ‘Cosmic Fish.’ We grew into a larger space from our initial shopping center unit which was a former barber shop of only 700 square feet. We outgrew that, doubled our space into 1400 square feet and are now housed in 5000 square feet.”

I asked if they had other locations and she told me they had, but it didn’t work out.

“Sewer problems,” she lamented. “We tried to work it out but I decided I liked owning just one location, but did add e-commerce, which I am working on right now.”

At age 50 she likes a tight crew of just five employees and is still one of the few smoke and head shops in her town of Springfield, MO.

I previously profiled a Missouri shop and at that time asked if there were problems with any government agencies since “Middle America” tends to be conservative with smoking or alternative products.

She said it was all cool in the “Show Me” state and Cosmic sells loose leaf tobacco, vape products, and lots of cones and wraps, but no cigarettes. They tread lightly in the cannabis market and carry a large selection of glassware, plus water pipe attachments, but stay away from Delta 8 or high visibility products.

Considering they opened their shop “in the middle of the night,” to stay under the radar, Rushing has learned her lessons over the past almost 30 years.

“Initially we slept at the shop to save money on personal rent and put everything back into the business. We were prepared to not make any money initially, and we ran a tight ship. We learned to listen to our customers and we offer incentives to military vets of 15 percent and 10 percent to non-vets.”

Profiling a business that is noteworthy is always good, and Rushing’s good fortune in winning our prize was a nice benefit. But when I saw pictures of her booty and was impressed with the amount of goodies she got she said “We are planning to have customers bring a food or clothes donation for the homeless outreach and enter a drawing to win a basket. We have so much stuff! We should be able to create many baskets and this will wind up blessing a lot of people.”

And that my friends, is the holy trifecta of good news.