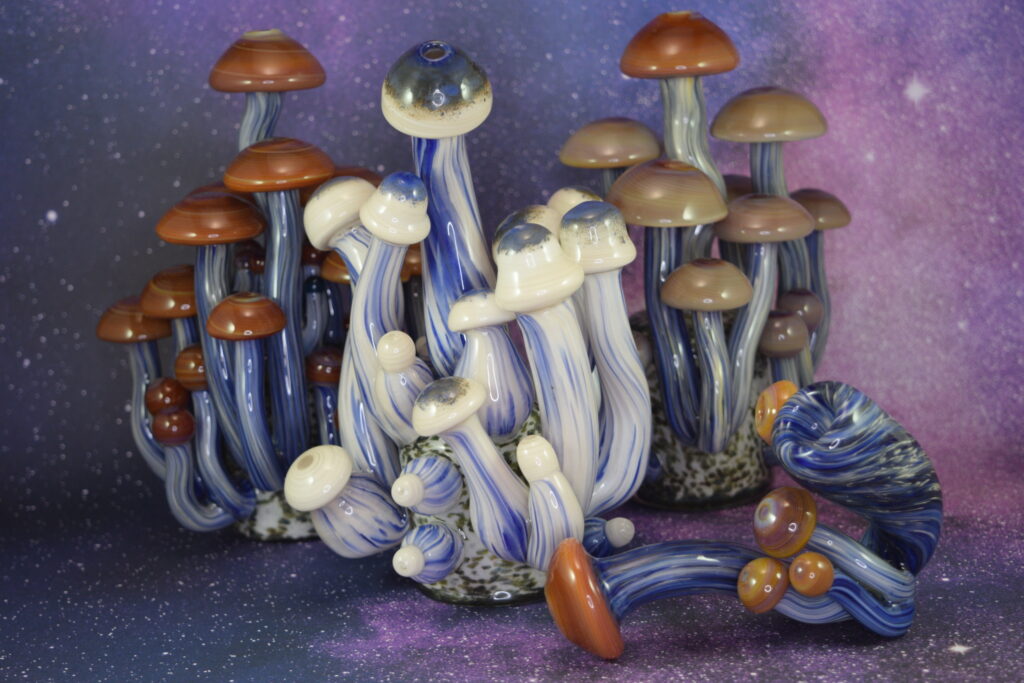 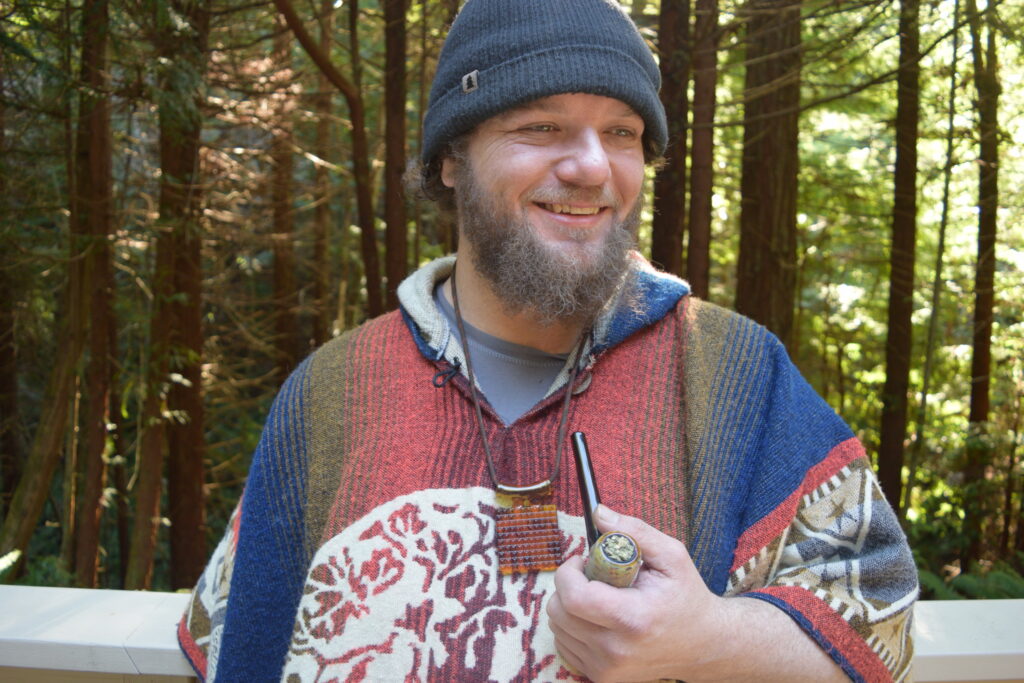 Casey Ferran makes some trippy glass art. His niche is magic mushrooms, a perfect connection to the experimental, consciousness-expanding nature of the counterculture community.

“What originally interested me in psychedelics was music by The Doors, which got their name from the William Blake book, “The Mariage of Heavan and Hell,” where he said if the doors of perception were cleansed everything would appear to Man as it is: infinite,” Casey says. “I got obsessed with breaking through that door, as Jim Morrison put it, because I hoped that would help me be a better artist.”

“There have been times where I was under the influence and I’ve had very vivid visions of something that I wanted to recreate,” he adds. “It definitely shifts the perspective on the way you view the world.”

Casey’s door to glass blowing opened when a friend at a San Diego smoke shop hooked him up with a local pipe making studio. It was run by a grizzled Amry vet, and after a quick interview, Casey had a job doing production work. To his dismay, the first task was making “oil burners,” but he bugged his boss so much that he moved up to making legit smoking accessories from their catalog of 30 or so different pieces.

“I fell in love with it right away. I was dreaming about it every night,” says Casey who now resides in Northern California. “I actually got pretty good, but I was just so painstakingly attention to detail and slow that they let me go. For the next five or five to eight years, I blew glass as a hobby and eventually decided to do it full-time.”

Casey kicked around different ideas for what kind of pipes to make, but it was Banjo, one of the glass blowing elite, and a neighbor in Humbolt County, who recognized the uniqueness of the mushroom pipes and told Casey to run with it.

The stem and cap of the mushroom is a pretty basic form, and not too crazy or advanced to reproduce, Casey points out. The difficulty, he explains, is in attaching all the pieces together.

“I’m really just making super basic mushrooms, but in a complex way,” Casey says. “The biggest challenge is perfecting the triple seals where the fittings go together. Another huge challenge is that pieces get so heavy by the end that my arm is dead from holding them in the flame.”

On Instagram, where he has nearly 10 thousand followers, Casey goes by Space Case Glass. The handle comes from his teen years when his friend’s stuck him with the nickname “Spacey Casey.”

“The first time I decided to grow mushrooms was when I saw an ad High Times, where for twenty bucks, you’d get a little spore syringe and instructions for the  Psylocybe Fanaticus technique for growing psychedelics,” Casey says. “I’ve been heavy into that scene ever since.”

“It might sound kind of cliche, but I create the art just for the joy of doing it and seeing other people enjoy it,” he adds. “When I’m making a piece, I don’t really think about a whole lot other than putting my love and passion into it and making it as magical as it can be.”