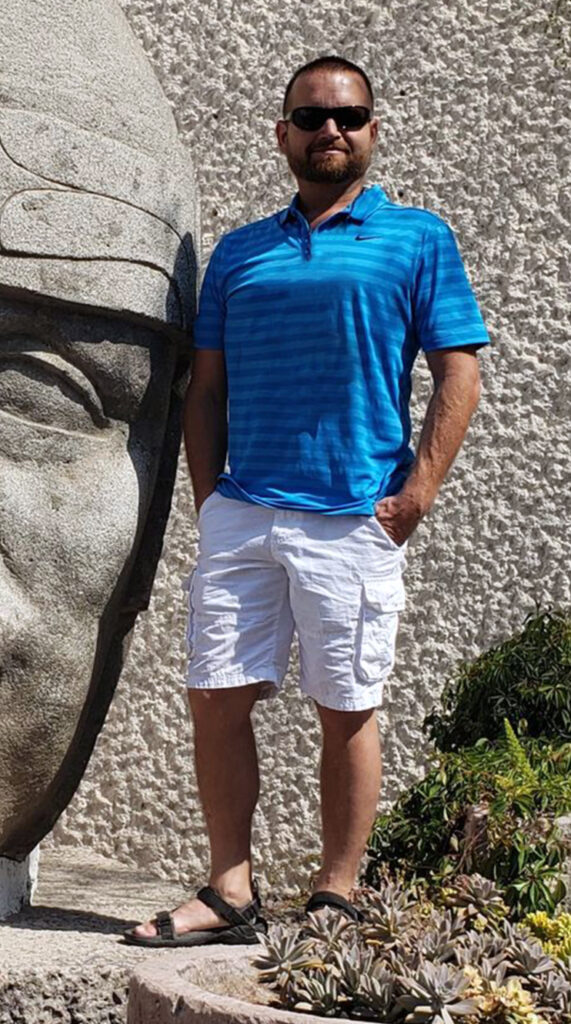 Trent Bohl is a big cannabis smoker. That’s not just saying that he smokes a lot, which he does, but he also enjoys a good cigar or blunt.

“When you go big it really changes the taste and you get much more of the terpenes,” Bohl explains.

As a guy who likes to roll his own smokes, the challenge of crafting a well-packed blunt is that existing rolling machines are made for cigarettes and typical size joints. When Bohl began to investigate options, he discovered that rolling technology hadn’t really improved since the 1890s.

“I wanted something that embraced the blunt category because unless you have some real skills, it’s tough to roll a good leaf,” Bohl says.

And that was the genesis for the Grabba, Bohl’s updated version of the “cigar bunching machine” invented in 1919 by Bernard Lieberman of Philadelphia. The original version was simple device in which ground tobacco or cannabis is spread across a trough, and a belt mechanism slowly rolls the blunt, as handles are pulled toward the operator. A compression bar between the handles governs the density or how tight the cigar is rolled, while the slack of the belt dictates the diameter. The Grabba improves on the idea by using an off-center pivot, and, instead of being a continuous hump or circle, follows a Fibonacci spiral so it has increasing compression from start to finish.

Armed with a wooden prototype of his new roller, Bohl got lots of attention at an industry trade show. A representative of Phillips & King, the leading distributor of specialty tobacco products and accessories, was intrigued, and asked Bohl if his machine could accommodate 10 grams of flower and some diamonds (THC crystals). It worked as advertised, but the one drawback that Bohl needed to fix was making the roller adjustable for assorted sizes. Another issue was that it had taken Bohl a week to build just a handful of machines, so to keep up with expected demand, he’d need to switch to injection molded plastic.

Injection molding was not only more expensive, but manufacturers in the states weren’t gung-ho about tooling up to make a product in limited quantities. Bohl was against sending production to China, and wanting to keep the supply line closer to home, stumbled into an opportunity to have the Grabba made in Mexico where labor made production more cost effective. There he found ready partners who knew woodworking, and could make the rolling tray base and internal grinder wheels, and injection molding, and could easily adapt from producing car accessories to turning out parts for the Grabba.

“It’s been kind of solving the EZJ riddle and making a lot of friends who are real people and committed to getting this done the right way,” Bohl says.

Bohl’s goal has always been to build the ultimate rolling machine for the ultimate cannabis smoker. He’s smoked out talk show host Joe Rogan, fighter Mike Tyson, and handcrafted a 42 gram blunt for Snoop. If you see an influencer on Instagram making beautiful blunts, they’re likely doing so with the Grabba.

“As I see the game playing out, and as the design has evolved, more people are rolling big and realizing that the bigger you go, the better the taste. Flower is getting cheap, and if you grow your own, it’s free. My target customer is the ultra-connoisseur who loves weed and wants a rolling device that will last forever,” Bohl says.

“Being adjustable and having a built-in grinder, the Grabba works just as good if you just want a fast, nicely rolled joint or two,” he adds.

Bohl started his cannabis journey in Utah as a medical refugee, trying to find a place where he wouldn’t go to jail for using the plant. New Mexico had amenable grow laws and Bohl found Silver City, a small town in the southwest corner of the state, as a place that looked welcoming. A car salesman by trade, Bohl used his business experience to open a smoke shop, Smokey Joe’s West, there with his wife Tonia in the spring of 2014.

Smokey Joe’s West isn’t your everyday, plain Jane, smoke shop. Bohl calls Smokey Joe’s an “everything awesome store” worthy of a road trip. The rewards are a huge, hand-picked selection of smoking and vape accessories, glass pipes, hem-derived CBD products, incense, leather goods, jewelry, a well-stocked walk-in humidor, cigar bar, and an outside smoking lounge complete with a water feature that Bohl built with his own two hands. When the store first opened, New Mexico had yet to become a recreationally legal state, so Bohl was inspired to help people roll their own joints with the EZJ Travel Kit that includes a crutch, injector tool, rolling papers, and smell proof storage tube.

Since Smokey Joe’s West proved successful, Bohl turned his attention again South of the Border, opening a pair of smoke shops in Torreón, in the northern Mexico state of Coahuila. EZJ MX offers locals a value-priced selection of smoke shop products, minus vapes, which were recently banned by the Mexican government. Among the best-selling items are chillums, hand pipes, and CBD which Bohl can bring into the country with a special import-export license.

“There’s not much of a smoke shop scene in Mexico. The idea was to take the Smokey Joe’s West aesthetic and the give customers (in Mexico) the full experience,” Bohl says. “If you remember the first time you walked into a head shop or dispensary with your eyes wide open, that’s how it is for every customer in Mexico.”

Despite what you might believe from TV and movies, Bohl says that cannabis use is Mexico is still very stigmatized, much like it was 20 years ago in the U.S. Users there are still labeled “marijuano,” slang for stoner. But there’s also a growing number of people who realize the healing potential of cannabis, and EZJ MX is supporting that movement with educational events and knowledge staff.

“Traditionally, marijuana was thought of as a cartel thing, but it’s become less of that; people are growing their own plants and it’s available medically,” Bohl says.

“Mexico is like Disneyland,” Bohl adds. “You can do what you want here to a point, but you need to know where the line is. If you’re having too much fun, it’s probably illegal.”

Bohl is rolling in many ways. Not only is he ramping up distribution and sales of the Grabba, and engaging cannabis consumers to show how the device can change the way they smoke, he’s creating jobs and new opportunities in Mexico, all the while promoting and building on a community and a plant in which he believes.

“It’s been constant growth, and to do that you can’t be stagnant,” Bohl says. “I look at business as if each product category is a cylinder. In this day and age, where those cylinders can be regulated or banned at any time, the best thing you can do is diversify, bring in new customers, and just create a great smoke shop experience.”