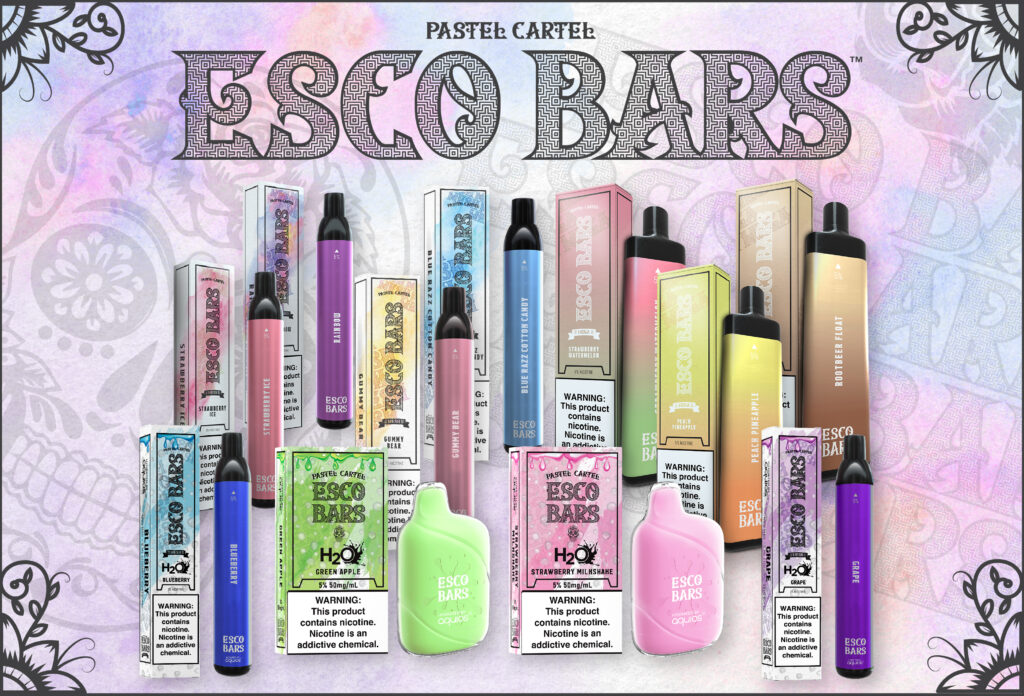 Talk about getting in on the ground floor. The year was 2011 when Darrell Suriff received a call from his college-aged son Justin, excited about a new gadget he’d seen people smoking from at a local club. Turns out Justin had just discovered vaping.

“I was very skeptical, at first,” says Suriff, “but I started doing research, sitting outside vape stores, counting customers and looking at their age demographics. After a couple of weeks of undercover work, I told Justin, ‘We need to get into this. It’s going to work.’”

Pooling together $28,000 from cash and a credit card, Suriff, a corporate employee for big box retailers including Walmart, Best Buy and Office Depot, started American Vapor Company and opened a vape store in Austin, Texas to capitalize on the new trend. Business was “absolutely phenomenal” from day one. Now there are 33 Create A Cig and Create Vape & Smoke stores throughout Texas, Louisiana, and Tennessee.

Because the vape industry and technology were in their infancy, Suriff sourced the majority of products directly from China. Before long though, he decided to fill the need for a high quality disposable, and partnered with Pastel Cartel, manufacturer of Esco Bars vapes, to bring the brand to a wider audience.

To Suriff’s knowledge, Esco Bars was the first mesh coil on the market in the USA.

“The mesh coil heats up at a lower temperature than traditional coils and provides even heating of the liquid that creates the vapor. In theory, you have less possibility of metals being inhaled from the coil being red hot,” Suriff says. “Mesh coils also let you taste the flavor all the way to the end, whereas traditional metal coils give a burnt taste rather quickly.”

Another thing that sets Esco Bars apart, in a now crowded category, is the wide variety of flavors offered. Available in 800, 2500, 4000, 5000, and 6000 puff capacities, the menu focuses on fruit and dessert flavors with nicotine levels of 3 or 5 percent. Spearmint, Watermelon Ice, Rainbow (dragonfruit, kiwi and blueberry), and Strawberry Banana are the top sellers. Of course as Suriff points out, preferences change from one location to the next.

“Fruity flavors tend to sell better in the hotter regions of the country,” he says.

Due to the amazing popularity of Esco Bars and constant growth of the brand, Suriff is evolving it into a complete lifestyle brand. The company is worth in excess of $50 million and everything they put the name on, from clothing to tequila, turns into a hot seller.

Since 2001, Suriff has partnered with Tina Zhang, who at the time was a recent college graduate in China. The pair own a high-end, pharmaceutical-grade factory there where Esco Bars are manufactured.

“We have control from start to finish,” Suriff says. “Our product engineers also lend their expertise to two other factories that help us with production to meet demand.”

And demand is huge. By Suriff’s count, over 150 million Escobar vapes have been sold worldwide including in the U.S., Canada, Germany, Spain, and the United Arab Emirates.

Ah, tobacco. There’s a big debate in the industry, but Suriff notes that rarely does anyone vape tobacco for the flavor. To be exact, Suriff says tobacco flavors make up less than one percent of the market.

“People want to enjoy the vaping experience,” Suriff says. “Fruity flavors are at the top followed by dessert flavors; in some markets, that preference is flipped. Mint is always the number one flavor across all devices.” The Food and Drug Administration (FDA), which granted itself regulatory authority over vaping products with the 2016 Deeming Rule, using power granted by the Tobacco Control Act, however, say flavors are bad.

Suriff’s viewpoint is that the flavor regulations paint a negative narrative, in part to justify the ban on new flavors and also to get people to return to smoking tobacco cigarettes.

“The government is handing [tobacco companies] the silver bullet to continue making millions and billions of dollars on the backs of people like myself that were early adopters in the vape industry,” Suriff adds. “It’s ironic because big tobacco created the smoking crisis in the first place.”

One point on which Suriff is in total agreement with the FDA is that youth should not be smoking or vaping. That means retailers must make a concerted effort requiring clerks to carefully check IDs, and refusing sales to anyone under 21. Suriff actually applauds the FDA for creating an education program called “This is Our Watch” to help retailers comply with regulations prohibiting the sale of tobacco products to minors. Resource materials include store posters, stickers and signs for the register, flyers explaining federal requirements and a calendar to help verify a customer’s age.

“At our stores, if you make one mistake and sell to a minor, you lose your job,” Suriff states.

“Fortunately we track everything through our system and we know that the majority of vape users trying to quit smoking are in their thirties and older,” he adds. “Everywhere we go, we talk about ‘Don’t sell to minors.’ We’re in this to help people stop smoking and that’s what we preach.”

Esco Bars packaging is designed to reflect the Pastel Cartel name with muted colors and strictly targets adults. Along with fully compliant nicotine warnings and contact information, packages clearly state that underage sales are prohibited. Authentication codes are also printed on packaging to ensure consumers that they’re getting the real thing and not a cheap clone.

“We’re an open book,” Suriff says. “We spent close to $2 million just on the disposable side to make sure we’re in complete compliance with the FDA. We do everything we can to make sure that our products are used appropriately.”

“Typically, at the foundation of a company is leadership, then product quality, and then a brand — in this situation,” Suriff adds, “honestly, it’s just the reverse that’s responsible for growing us to the level we’re at as a company.”