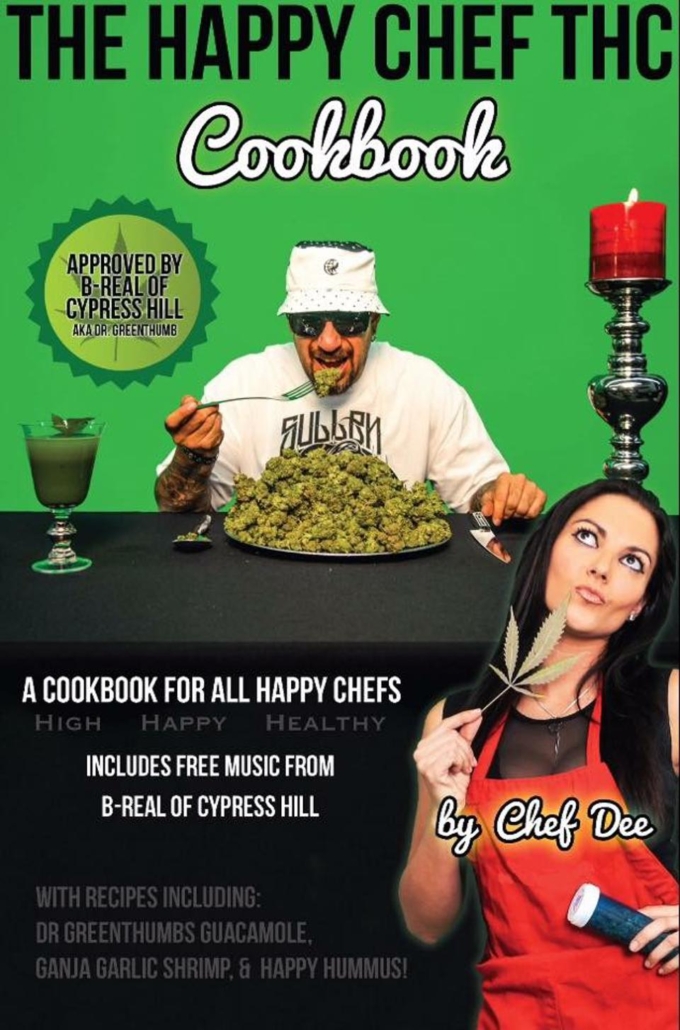 Inspired by the philosophy of Hippocrates, ancient Greek founder of western medicine, who said, “Let food be thy medicine and let medicine be thy food,” cannabis chef Dee Russell is cooking up a prescription for good health.

“The plant is medicine, so if you’re using it recreationally, you’re consuming medicine whether you like it or not,” Russell points out. “Many of those in the cannabis culture may be doing edibles for enjoyment but there is a very large amount of patients that need this medicine and use it every day.”

Better known as Edible Dee, Deliciously Dee and The Happy Chef, Russell first experimented with cannabis in her home state of Virginia with her siblings in an abandoned school bus. But it took a tragedy — the loss of her sister to a prescription drug overdose, to turn Russell from a cannabis consumer to a cannabis advocate.

“When I started cooking with cannabis, I was fracturing every law,” Russell says.  So she headed west and started working with and consulting for various cannabis companies in Colorado and California. In 2014, Russell was hired as Executive Cannabis Chef at Nevas Pure, and shortly after, opened the first licensed distributor of medical marijuana in Nevada.

As would any chef worth their salt, it wasn’t long before Russell published a cookbook. Her first was “The Happy Chef Cannabis Cookbook,” in partnership with Cypress Hill’s B-Real. She has since released, “The Happy Chef THC Cookbook,” which she has promoted on the Netflix original series “Cooking On High,” Snoop Dogg’s MerryJane,  BREAL.TV and High Times Magazine.

Whether making Dr. Greenthumb’s guacamole, Cypress Kale or Dee’s gummy candies, Russell is as concerned as much about dosing as she is flavor.

“In every cookbook I’ve ever picked up, it was four sticks of butter and an ounce of weed. In my cookbook, the first five chapters are devoted to breaking down the compounds and the plant,” Russell says.

“Edibles are my favorite form of consumption, mainly because a stigma still exists and being more discreet is the best way to go,” Russell adds. “But you have to be able to dose yourself properly, because over-consumption of edibles can lead to very adverse effects.”

As any trained chef will agree, cooking is as much science as it is art. Maybe more so with cannabis as an ingredient.

“You need to have specific temperatures to achieve certain effects with food, but if it’s not done correctly, you can cook out your medicine,” Russell says. “Every single cookie that you make also has to be the exact same net weight or it can’t be the same dose. I teach people to use the metric system when they’re infusing a dish rather than working in grams and ounces, and how to dose per the amount that’s in the unit.”

The “healthier side” of Russell’s newest cookbook features more plant-based and juicing recipes, while the “happy side” is all about the treats — gummies, brownies, cakes and cookies. She refers to herself as a “layer style Happy Chef” in that she loves to add extra ingredients and terpenes to pump up the appearance and flavors of her dishes.

“I like to work with full spectrum oil so that you can taste the plant — that way you know that the product is actually infused,” Russell says. “Every day, in every way is research and development. I learn something new with every strain and every batch.”

“I love talking to patients who’ve found relief; I love the plant and everything about the culture,” she adds. “And, of course, I love food — I want to keep cooking with cannabis for the rest of my life.”