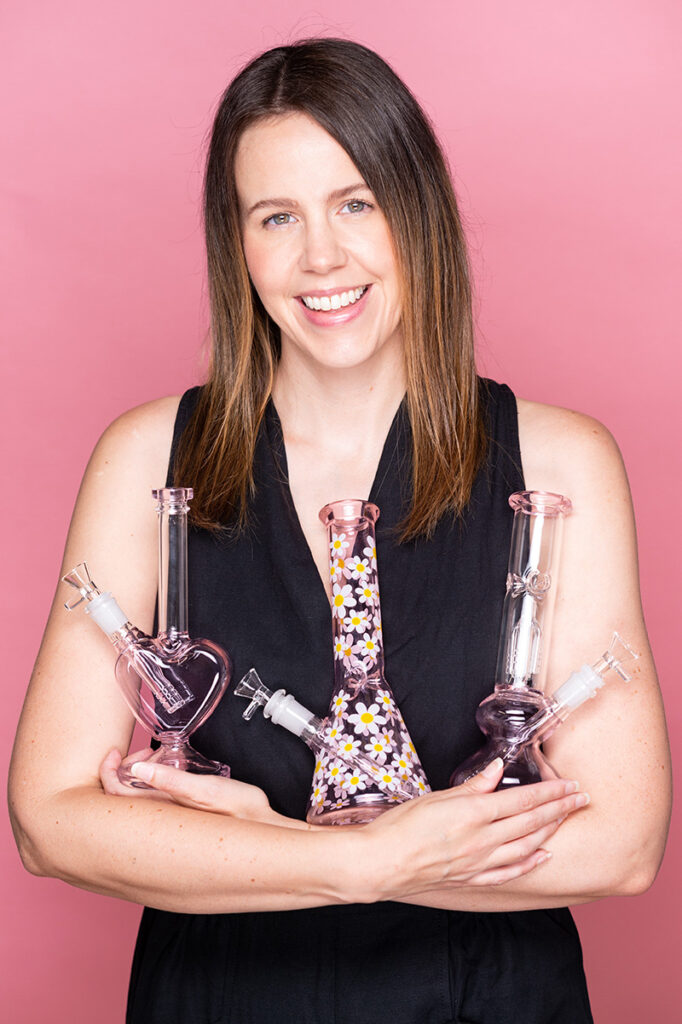 Amanda Smith was an on-again, off-again stoner throughout her twenties and thirties. For her, smoking cannabis was something she did for fun and to relax, but even being an adult, responsible for her own choices in life, she still felt the disapproving gaze from friends, family, and society. 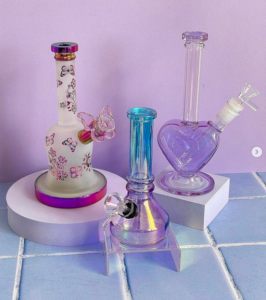 “Looking back, I felt like I was doing something so wrong, but the reality is that I could have been doing way worse,” Amanda says. “Everything I had learned growing up was that ‘weed’ is bad.”

In her late twenties, Amanda moved to New York to pursue a career in the fashion industry, working as a designer for major labels including Saks fifth avenue, Anne Taylor, and Victoria’s Secret. Finally, in the creative world of fashion, she felt like she belonged. Sadly, it was during this time that her mother passed away, leaving her majorly depressed, even suicidal, and needing therapy to cope. Again, she felt stigmatized, this time by mental health, but she came away from the experience in a better place and a new perspective on life.

“I really learned how to set my own values and do what I value in this world. Cannabis was something I had always enjoyed and felt benefited me in a lot of positive ways like dealing with anxiety, depression, and insomnia,” Amanda says.

“I wondered why there wasn’t a cannabis related brand that was more ‘fashionable’ for women,” she continues. “It was surprising that our only option [for buying cannabis accessories] was to go into the local smoke shop where everything was clearly designed by and intended for use by men.”

“It’s what I wish I had had growing up, which would have helped normalize cannabis for me,” says Amanda, who on LinkedIn, proudly lists her occupation as CEO & Bong Queen.

Canna Style is as much of a community as it is a brand. Among its female followers are seasoned stoners as well as those curious to learn more about what the scene is all about. 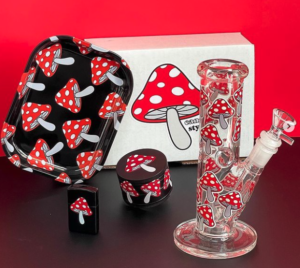 “CannaStyle is really just for everyone without a place to fit in,” Amanda says.

As you might expect, Canna Style has found its place with the girls, the gays, and the theys. Amanda, herself, is straight, but she has three lesbians on her staff, and the brand shows its support for the Lesbian, Gay, Bisexual, Transgender, and Queer (LGBTQ) community with special rainbow-colored glass pipes and donations to organizations, such as The Last Prisoner Project and The LGBT Center of New York, working to eliminate discrimination and advocate for equality and social justice.

Amanda takes her cues towards marketing from her fashion industry background. Her first drop, as they call new releases in the fashion world, were smoking accessories with cute, simple, and sweetly appealing strawberries. Not to overstate the impact, but the strawberry crushed it with a viral Instagram post that doubled Canna Style’s business. New collections include everything from glassware, rolling trays, stash boxes, and even lighters, with designs ranging from mushrooms, roses, and celestial stars and moons to pieces inspired by the culture and romance of Paris. 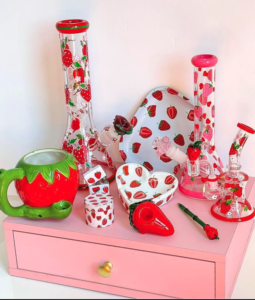 “People tend to think that products for women should be pink, and while admittedly, pink is our number-one seller, it’s more about details. Designing for women isn’t just about making something pretty, it can also be fun,” Amanda says.

“It’s not that women aren’t interested in function, because that’s always important to a satisfying smoking experience,” Amanda adds, “but what many women truly want is for the product to look like home décor so they can display it proudly rather than feeling like they have to hide it away.”

Going forward, Amanda plans to continue surprising Canna Style customers with new collections and also to encourage businesses in the cannabis industry to approach design innovation with women in mind.

“I get so much joy out of the design process and I love it when the products that I create hit an emotional chord with people who have felt unseen and unheard for so long.”