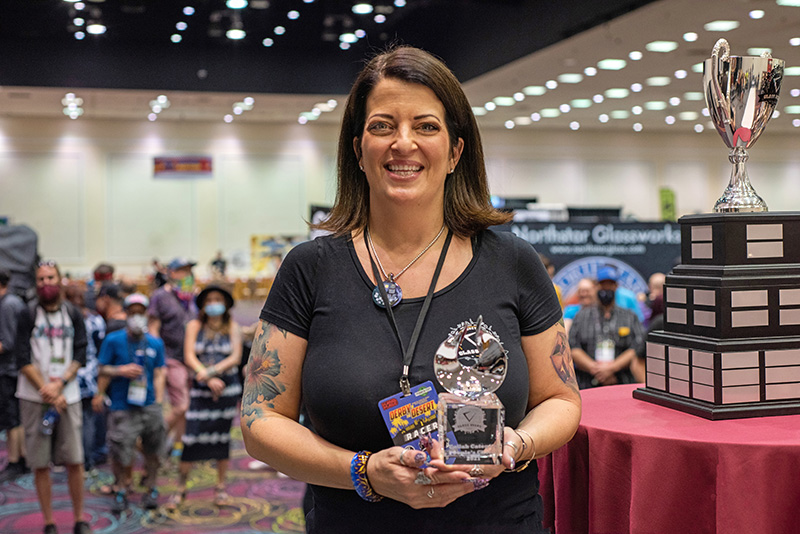 Amy Short loves cannabis and glass. As one of the family members, along with mom Leanne and sister Jennifer, behind Glass Vegas, the annual expo showcasing talented functional glass artists from across the country, it’s hard to say which one she enjoys more.

Growing up in Vegas, Amy’s introduction to glass art came when she helped at the Glass Craft and Bead Expo, founded by her mom more than thirty years ago. It was also in her hometown where she found friends and new experiences within the hippie culture and going to Grateful Dead shows. In fact, she was lucky to be at the Dead’s final Vegas appearance (May 19, 1995). It was a fast path to growing up, and in fact, Amy doesn’t hesitate to admit that she was only 12 the very first time she smoked the chronic as it was referred to back then. 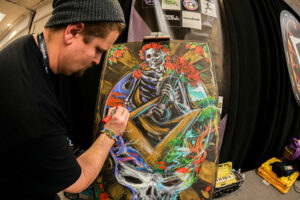 “Things were so different then. We were looked at as losers who didn’t have our shit together. But I knew that it was helping me heal from kid traumas and certain things that I had been through in my life,” Amy says. “I knew that I was doing the right thing for me, and that I was using something that was much healthier in the healing process than pretty much any other method out there that I had found.”

“It’s funny now because you see how much it’s changed for the cannabis industry and how it’s looked upon positively where it was really looked down upon before,” she adds. “Sometimes, I tell people, ‘I told you so.’” 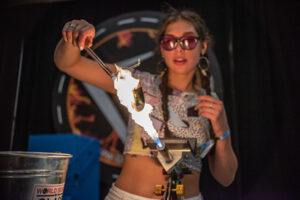 Of course, in those under the radar days, if you wanted to smoke, you maybe used a soda can, an apple, or if you were fortunate to have a glass blower friend, like Amy did, a classic spoon or Sherlock pipe.

“My friends would be like, ‘Go get Amy. She has the magic pipe that always smokes!’ Little did they know it was just because it was glass and it was resin that was relighting.”

The Glass Craft and Bead Expo isn’t really about pipes, but it is where Amy first met some of the big names in the flameworking community, including Lewis Wilson and brothers Eli and Josh Mazet. 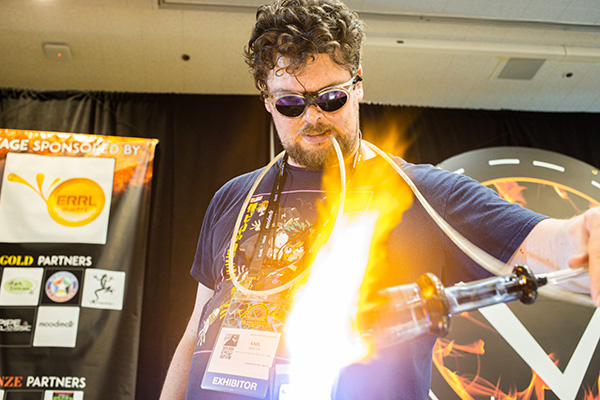 “We let them exhibit some pipes that were a little more decorative, but it’s more of a family show and not really the arena for smoking accessories,” Amy says. “Some of the good old boys came to us about starting a show that would help grow the piping industry and promote functional glass artists, and that’s how Glass Vegas was born.”

One thing that was readily apparent about this new industry was that aside from a few longtime artists like Dellene Peralta, Julie Riggs, and Elizabeth Heikka-Huber (aka Lisa’s Pieces) there was a lack of female pipe makers. As a women-owned business, Glass Vegas has always tried to promote and encourage female artists.

“Particularly in the piping industry, I’ve noticed that women are not elevated necessarily as much as the guys,” Amy says. “If the artistic ability is there, then the recognition should be there equally across the board.”

“There’s definitely a need for women artists and their girly kind touch on artistry and glass,” Amy adds, “just as much as there is a need for the men and their masculine energy.”

What about Amy herself? She says there’s a very positive reaction when people learn that the Glass Craft and Bead Expo and Glass Vegas are operated by a women-owned family business.

“I’ve worked in real estate and a couple of other industries and it’s not nearly as family based. There’s a real togetherness between everyone in the [cannabis and glass industries],” Amy says. “I consider some of our clients as some of my best friends. That’s very, very rare in other industries, and it’s an amazing part of ours for sure.

“Plus, the fact that you’re surrounded by art is a really beautiful thing.”

And how about the good old chronic?

“Yep. Absolutely. Daily,” Amy says enthusiastically. “I even make my own cannabis oil essentially for sleep aid that will help the mind shut off –– as much as I always have going on my brain’s always running.” 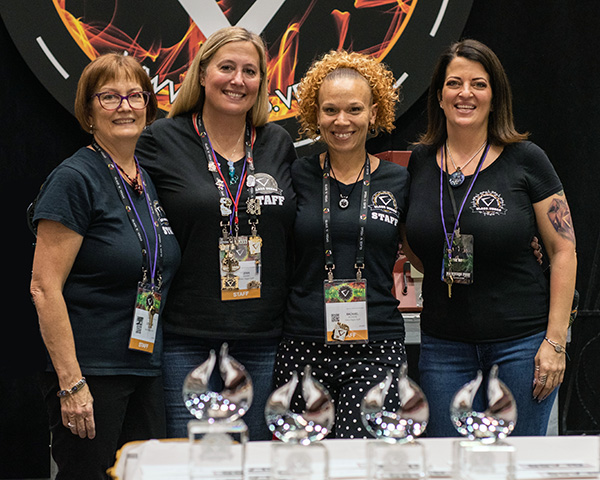