Although it might sound like half-hearted praise, Andy Hendrickson‘s best quality is his smooth, never-rattled professionalism. His jokes are solid, but his delivery takes them over the top. Seemingly chalked up to good writing, all of the bits on this, his third album, unfold effortlessly. While some performers seem uncertain or stumble through their words from time to time, this is clearly not a problem for the New York City-based stand up. Outside of the first few seconds of Underachiever, where the introductory applause winds down and he starts with, “Okay, yeah, words, stuff’s coming out of my mouth,” Hendrickson appears to be in complete control of every uttered syllable throughout the 45-minute runtime. Not all the jokes land like he’d want them to, but even that doesn’t shake him.

One thing Hendrickson’s material isn’t, really, is edgy. Not that there’s anything wrong with that, but it’s more than a little inexplicable that his relatively clean, good-hearted work hasn’t reached a more widespread audience in the 10 years and trio of albums now under his belt. One abortion joke that, say, Patton Oswalt‘s audience would happily accept as part of his act is probably the most shocking thing Hendrickson says, and he has to wait out the long, shocked “Ohhhh!” it elicits from his Ottawa crowd. Elsewhere, because he “[doesn’t] want to be vulgar,” he takes the better part of 30 seconds to hint his way around “blow job” instead of just saying it. The build-up does help the punchline, though, which is weirder and more taboo than the two-word phrase is by far. Most of his edgier stuff comes from sex, which is fairly predictable but never too over-the-top.

Hendrickson frequently jokes about himself, but not in the self-deprecating-to-outright-depressing way many comics mine similar material. Much to the contrary, he almost sounds pleased that he gets to tell these stories, which is probably true, but also lends a certain lightheartedness to his riffs on loneliness. These bits are many, like when he lost a woman after she realized he was only attractive relative to the other people they both worked with (“Office Hot & Donut Gigolo”), another where he jokes about his roommate, saying that normal guys live with their families (“My Roommate Keith”), and in one other particularly rewarding bit, which features Hendrickson’s brother doing the heavy joke-lifting for him while giving a subtle nod to the album’s title (“Time Travel Contraception & Broverachiever”). One gets the sense he would happily be relating these tales to any bar patron who would listen if he didn’t have the captive audience of his recording.

Hendrickson’s hit myriad comedy festivals (HBO’s U.S. Comedy Arts Festival, TBS’s The Comedy Festival, The Great American Comedy Festival), has gotten love from radio (Bob & Tom, Sirius XM) and sporadic television appearances (30 Rock, Night Shift), not to mention sharing stages with a wild mix of successful comedians (Dave Chappelle, Jeff Dunham, Dave Attell, Todd Barry, Daniel Tosh). It seems like only a matter of time until he breaks through, especially considering his relatable delivery, which calls to mind anyone from Mitch Hedberg (during particularly chill moments, naturally, or ones where he hangs on a word a little longer than usual) to Jim Gaffigan (during one high-pitched food bit in particular). There are a handful of charming moments where Hendrickson laughs at his own jokes, which doesn’t grate as much as it might sound. It’s a small, pleased chuckle, and it adds a certain Everyman vibe to already good-to-great material.

Despite how rehearsed and well-polished much of the record is, Hendrickson proves himself a solid improv guy toward the end. His cell phone goes off in the middle of the above-mentioned bit about his roommate, and he takes advantage of it as a callback before turning right back to the bit he started before the phone rang. It’s a deft move, one that indicates Hendrickson will eventually get his break if he keeps plugging away. Smooth professional or not, he can think on his feet and he’s got a tireless work ethic that will serve him well. Underachiever he is not, but at this point, it’s up to the rest of the world to figure that out as well. 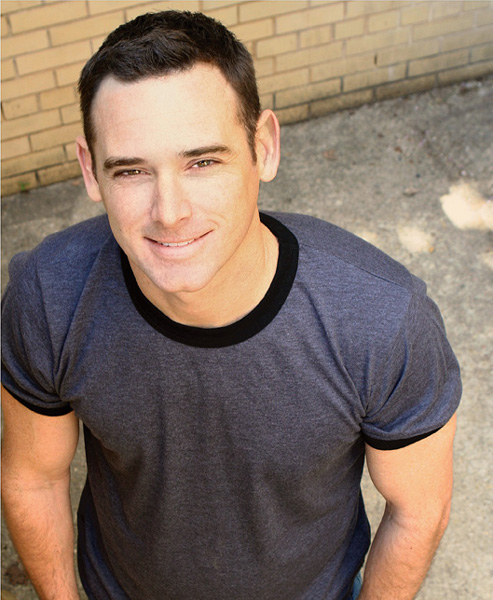