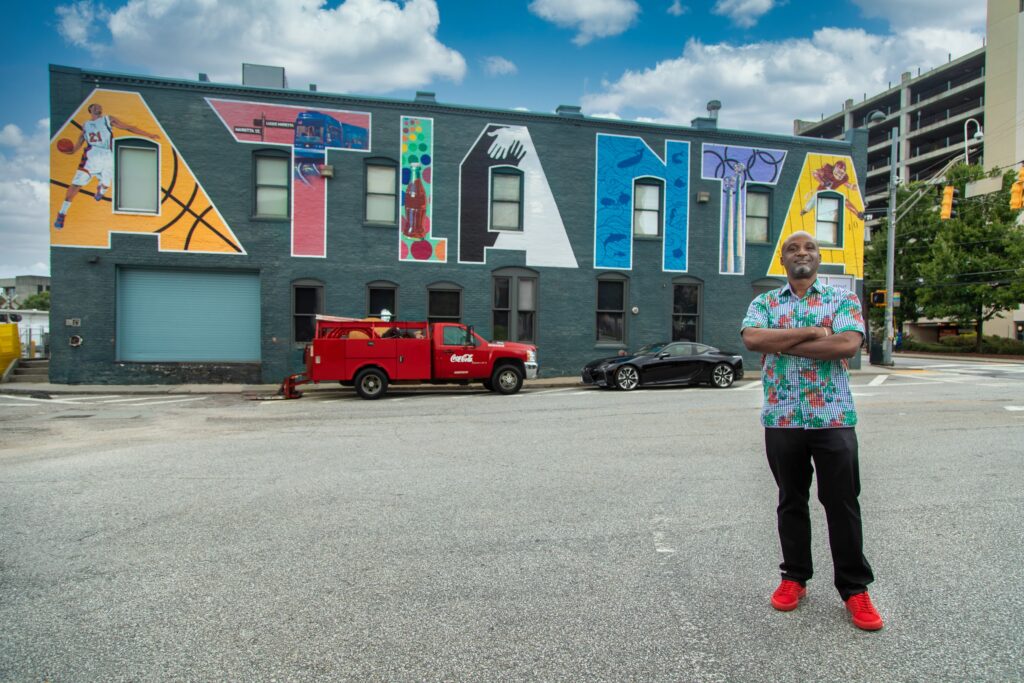 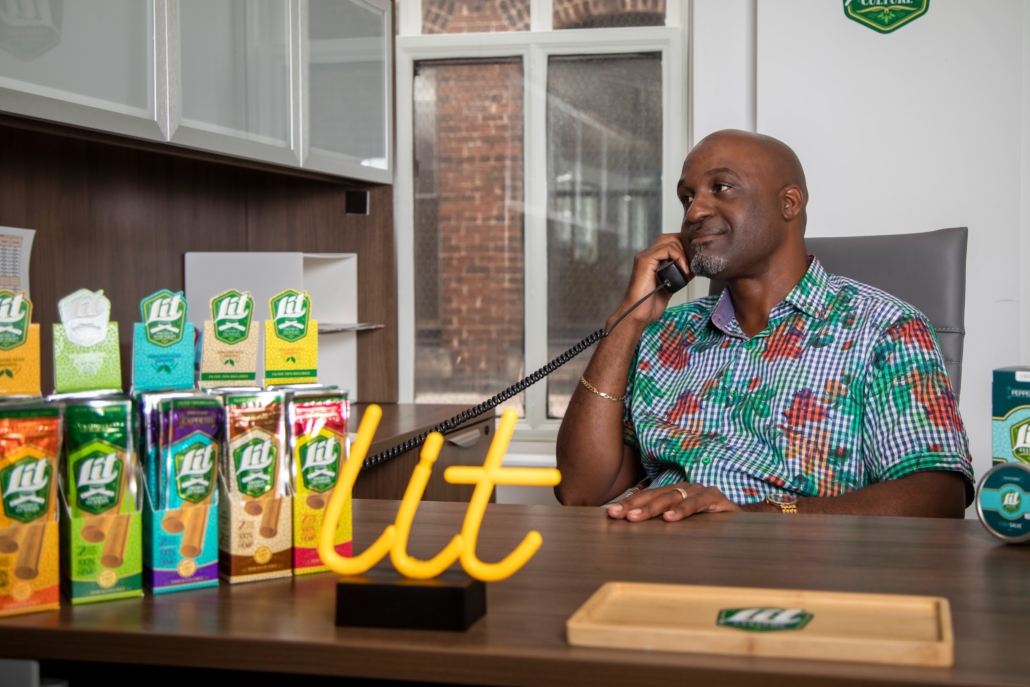 There’s more to Lit Culture than meets the eyes. Most noticeable are their line of premium hemp wraps and CBD products, under a brand concept that founder Ron Pugh describes as “Urban meets Red Bull.” Then there’s the man himself, a self-made entrepreneur who’s successfully sold everything from electronics and software to magazines and perfume, and even Kirby vacuums door-to-door. You may recognize Pugh as one of the early advocates and vendors of kratom. He likes to think of himself as a “disrupter,” whether launching new products or quietly shaking up the socioeconomic scene surrounding the smoke shop industry as one of its first black business owners.

“One of my motivations in developing Lit Culture was a seeming lack of cultural innovation and engagement in the industry” Pugh says. “A lot of that just has to do with African Americans having exposure to the back end of the house as opposed to just the consumer side.

“Part of my goal is to make the African American community aware that if this is an industry that they want to be a part of, there are people within the industry that will help them, provided they put in the time and work. I hope to be a role model within the cannabis culture and show that you don’t have to be a product of your circumstances.”

Lit Culture is a brand that, according to Pugh, signifies independence. Growing up in Oakland, California, Pugh faced many of the same cultural roadblocks as those in his community — he and his five siblings were raised by single mother on welfare, but this was simply the world in which he lived. The Bay area was also a melting pot of races and cultures, and it wasn’t until he moved from his commonplace cocoon into the work world that he truly felt the impact of systemic inequities.

“I can recall being arrested on a daily basis while I sold magazines around the country in upper-middle class neighborhoods,” Pugh says. “Even when I worked in Silicon Valley, there weren’t many professionals that looked like me, and it was not a good experience to say the least — a bunch of lawyers came from corporate with papers for me to sign saying I wouldn’t sue for discrimination.”

The counter-culture community was a place where Pugh could stand behind the brands he developed and let the products stand on their own merits. One of his first was Drip e-liquid. With Lit Culture — Lit being slang, not only for being buzzed, but also a state of general awesomeness, Pugh introduced the first premium hemp wraps to be made in North America — San Diego and just across the border in Mexico, to be exact.

Lit Wraps come in five flavors — Sweet Georgia Peach (props to the state where Pugh lives), Paradise Express (pineapple and honey), Russian Cream (robust coffee layered with hints of chocolate and caramel smoothed out with a sweet cream), Miami Mango, and original. At the request of smoke shop clients, Lit Culture also added a line of quality CBD tinctures and gummies. Next up are hand-rolled hemp cigars.

“We put a lot of significance into the feedback that we get from shops, with the objective to not just selling them a product, but making sure that it’s a product that’s a good fit for them and their specific customers,” Pugh says.

Lit Culture supports retailers with shoutouts on social media to let consumers know where to find the products. They also pride themselves on providing the superior customer service and same-day shipment of orders.

“We want to make sure that retailers can make money with our products,” Pugh says. “If our ‘partners’ aren’t successful neither are we.”

Lit Culture will soon offer a liquid kratom product they’re promoting as one of the strongest of its kind. Pugh says kratom is a must-have for smoke shops. It wasn’t always an easy sell — when Pugh first brought kratom around, he had guns drawn on him by authorities paper writer who mistakenly thought he was peddling bath salts. Much of that negative stigma and confusion has been erased by efforts by the American Kratom Association, which Pugh fully supports by extending education to his customers.

Lit Culture takes it upon themselves to include third-party lab reports on all their products to ensure retailers and consumers that there is nothing unsafe or synthetic in their products.

“Credibility is very important to who I am personally and who Lit Culture is as a brand,” Pugh says. “My grandfather was a pastor, and he used to say people are gonna talk about you no matter what you do, the only question is what are they going to say?”

“I’ve never been able to promote and sell something in which I didn’t believe. My brand and products are my children in that they represent an extension of myself,” Pugh says.

“African Americans are a creative and resilient people,” he adds. “We’re also a vibrant community and that’s the inspiration for the bold colors of our packaging.”

But Pugh is the first to point out that while Lit Culture is rooted in the African American culture, it’s as much a brand that speaks to all those who want the world to know that their voice matters.

“Because I followed my dream, I’ve been able to overcome obstacles, racial and otherwise, and I didn’t let people stop me,” Pugh says. “Scratching and fighting and going against the grain has been the norm for me. I like to be in control of my own destiny and be the best ‘me’ I can be.”