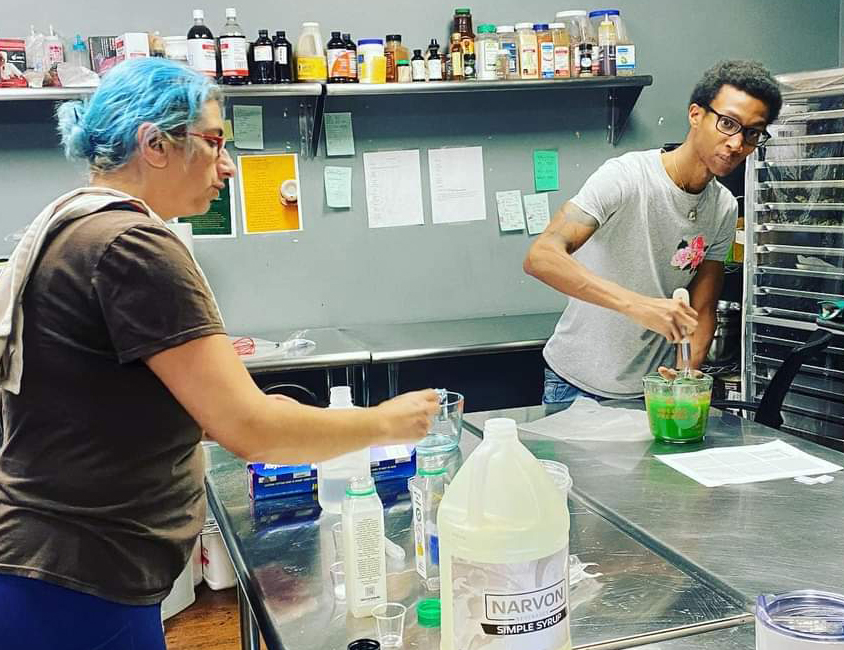 Instead of “Lucy in the Sky” with kaleidoscope eyes, Anna Butler, at age 48, is the woman with the kaleidoscope hair; always changing, always highlighting her zest for life.

That is understandable since she almost lost her life giving birth to her two sons, and after enduring that, she went
through years of pain—until she discovered the medicinal side of cannabis, hemp, and CBD. That was the precursor to Hemp Trails in Memphis, TN, and our Shop of the Month.

During the delivery of her second son, Gavin, 17 years ago, she broke her pelvis. And to take some of the pressure off Gavin, the initial damage actually started 11 years earlier during the birth of her first son. The trauma of that delivery concerned the physicians and in the efforts to help her they created a surplus of scar tissue which fused her pelvis together. The second birth broke her bones which resulted in excruciating pain.

That second injury changed her entire life plan since she was in medical school and was unable to lift patients,
stand or even work without pain. She then switched to psychotherapy since it involved less exertion and could be
done sitting down.

More surgeries after that involved six months in a back brace, all the while dealing with nonstop pain. She was able
to practice her field, but at the same time opened a smoke shop with a partner in 2016, and they were one of the first to offer CBD in the area.

The transition from doctor to entrepreneur was not intentional, but was brought about by her brother who gave her a cannabis cookbook, with the hopes that the recipes using pot would help her ongoing pain.

Which it did, along with starting her love affair with cannabis.

“In the medical field you don’t use cannabis,” she said, “so I had to make a choice. I chose my health and pain relief.
And ironically I never used pot growing up, even though my parents were old hippies who hid their vices from me.”

“Irony number two was that my mother begged me to try cannabis to help my pain, but I stayed loyal to my medical
oath and staying out of trouble. Instead I stuck with prescription meds to control pain and that fucked up the whole family since everyone was anti-pharma.”

Tennessee is anti-cannabis and even forbids ballot initiatives to put it up for a vote. Almost every state where cannabis remains illegal falls into that same black pit of bureaucracy.

“The fight to bring cannabis out of the closet also brought out the activist in me,” she shared, “and I know if we put
this to the People, they would approve it. That roadblock motivated us to bring in legal hemp and CBD products, so we stay within the law, but still provide as much help as we can.”

Butler’s love of creating recipes prompted them to offer a range of products from tinctures and brownies to drinks and pet treats, in their shop called CBD Plus Dispensary. Their planned second location in 2019 did not pan out so they put mor effort into the Hemp Trails products instead. They are also one of the first to offer THCV, which has proven to be effective managing obesity yet offers no psychoactive effects and could be helpful in the treatment of type 2 diabetes.

The Hemp Trails team is looking forward to the expansion of their new lab and are on the lookout for retail spot number three. And Anna, still trying to stay free from pain, remains a great example of the benefits of all the members of the cannabis family.