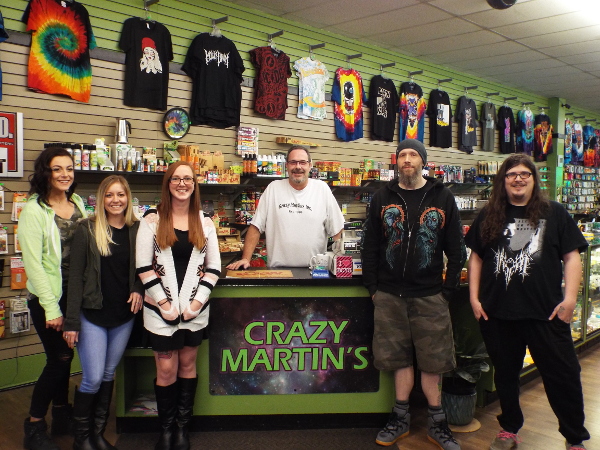 “I personally don’t have a Facebook page,” says Devin Jefferson, owner of Crazy Martin’s. “I guess I’m old enough to just say that since I’ve never had it, I don’t know what I’m missing, so I don’t need it.

“My first experience with computers, I caught dysentery and died,” store manager, Mark Strunk interjects with a chuckle. 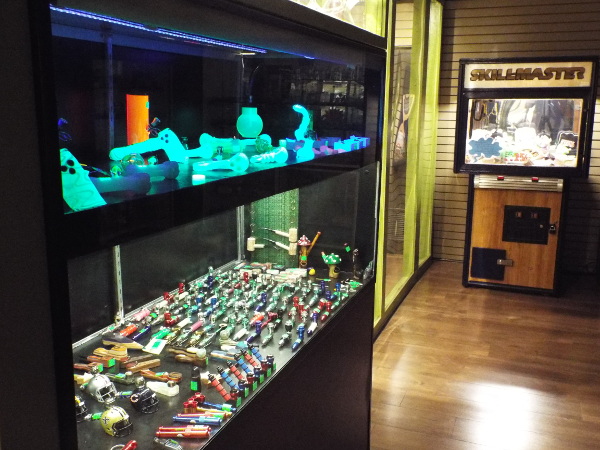 The conversation has naturally drifted this way. For most stores now, web-based marketing has become the promotional life blood of the business, so the question is more or less obligatory. But for Crazy Martin’s, it’s a non-essential. Granted, they do have a Facebook page, managed by Mark and the staff, but it’s by no means the thrust of their business model.

Relax, millennials. They’re not sticking their heads in the sand and sealing their doom. The purpose of social media for a local business is publicity—and they’ve already locked that down over the 20-year stretch they’ve been in business. They’ve done that by sticking with the basics, the time-tested fundamentals of brick and mortar business.

First and foremost is understanding their clientele and meeting their needs. It’s why, though they are a bona fide head shop, they carry far more than pipes and papers. When the local guitar shop shut down, they even started carrying musical equipment. 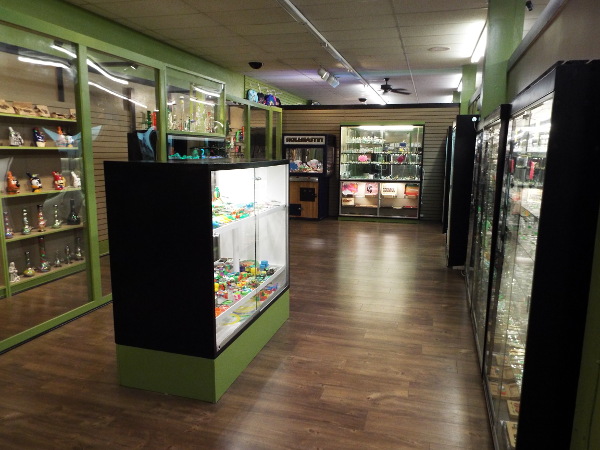 “We ended up with a wall full of guitars at one point in time,” Devin says, “then another guitar shop opened up close to us so we just kind of let all that slide toward them. But we do still have strings, guitar cords and accessories now.”

“It’s one more thing that can bring people in the door,” Mark adds.

There’s an audible comradery between the two, no doubt a result of having worked together for two decades. The store has actually been around even longer than that, first opening around 1996. Devin only started working there because he was tired of having to wear a suit to work, but within a couple years, he’d purchased the business. Mark was his first hire.

This brings us to customer experience, which In Devin’s view, is directly tied to the longevity of his employees.

“When we hire someone, they normally stay around for years,” Devin explains. “I think that’s the big difference. When a customer comes in . . . maybe they live out of town—they grew up here and they’re coming back for the holidays every couple years . . . but there’s Mark, still behind the counter, telling them, ‘Hi.’ I think it’s a big shock to see a small mom and pop retail store who actually have employees who work here for years and years and years at a time.” This is important and oft-overlooked for any business, but especially in a small town like Piqua, Ohio where the population is only 20,000. So, what’s the secret? 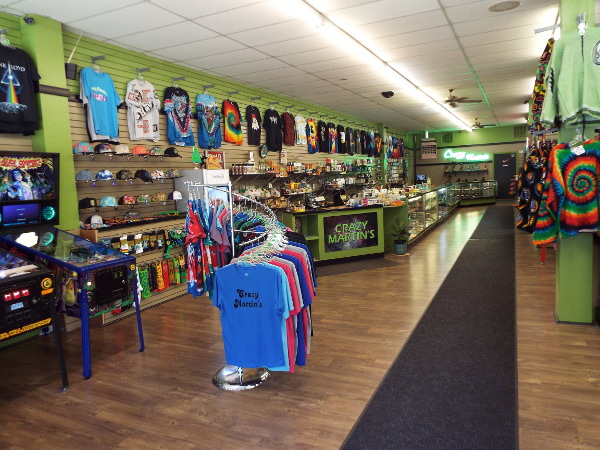 “Well, err . . . I pay them?” Devin answers dryly. Mark laughs as Devin adds to his initial thought. “I try not to expect them to do stuff that Mark and I wouldn’t do ourselves. I think that’s important.”

“I don’t do that managerial type of thing where I sit behind a desk all day and bark orders all day,” Mark adds. “I actually go out there and am arguably one of the busiest people here. You don’t always get that kind of management.”

Adding to that experience is the destination atmosphere they’ve created. In addition to the latest smoking accessories (even they know that cartridges are all the rage—and they figured it out without the tools of the digital era), they also offer a vast array of pinball machines, with more being added regularly. They also have a claw machine, fully stocked with assorted prize packs that would wet the palate of any 420 enthusiast. The best part, it’s only $.25 to play.

“Instead of just running up to the gas station and grabbing whatever crap they want to sell there, it’s, ‘Hey, I need a pack of papers. Let’s drive up to Crazy Martin’s and play a couple games of pinball, say what’s up, grab our papers and get going.’ And of course, being in a small town, we only have so many people here. We have to bring people in. 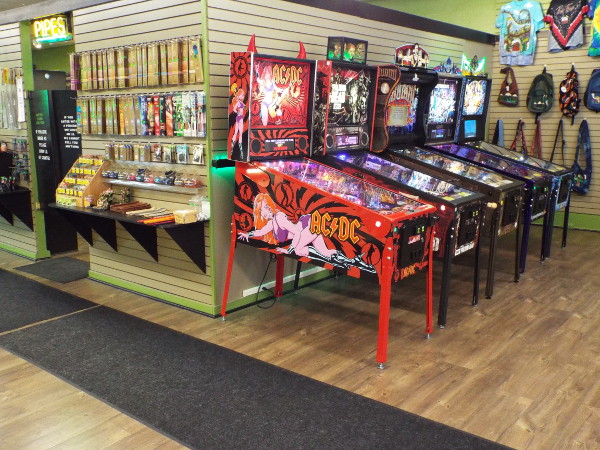 But there’s more to discuss here than just what they’ve done so far. We’re in a very pivotal era for smoke shops where the old norms are falling away and big businesses is looking to cash in on cultural shifts. Devin sees this and is working hard to make sure he’s not swept away in the impending tide.

“What scares me,” Devin says, “is when we’re no longer operating in that gray area, we’ll get to the point where people with a lot of money who don’t care or are involved in the culture can come in and open up a really kickass store. So, we’ve been doing a lot of remodeling over the last few years to kind of cut that off at the pass . . . We re-painted the whole place, we re-did the floors, we did some major rearrangements, we really beefed up the inventory. We’re hoping to either already be so entrenched that we can survive a competitor or be so entrenched that competitors skip over this town altogether.”

We have a feeling they’re going to be just fine.