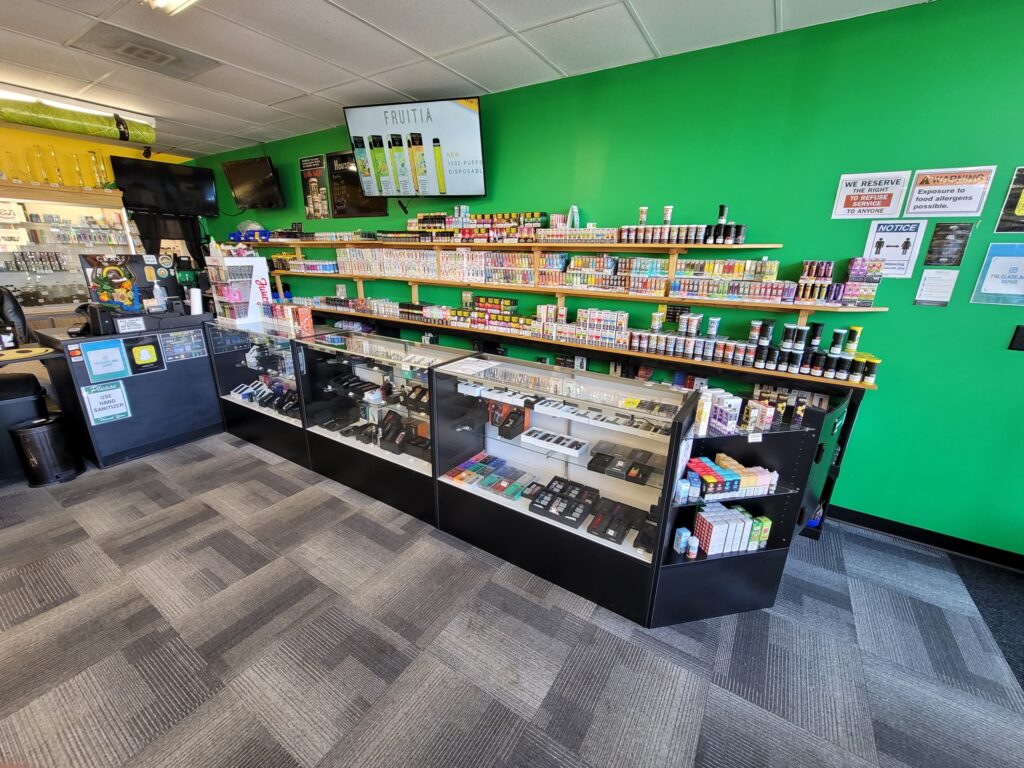 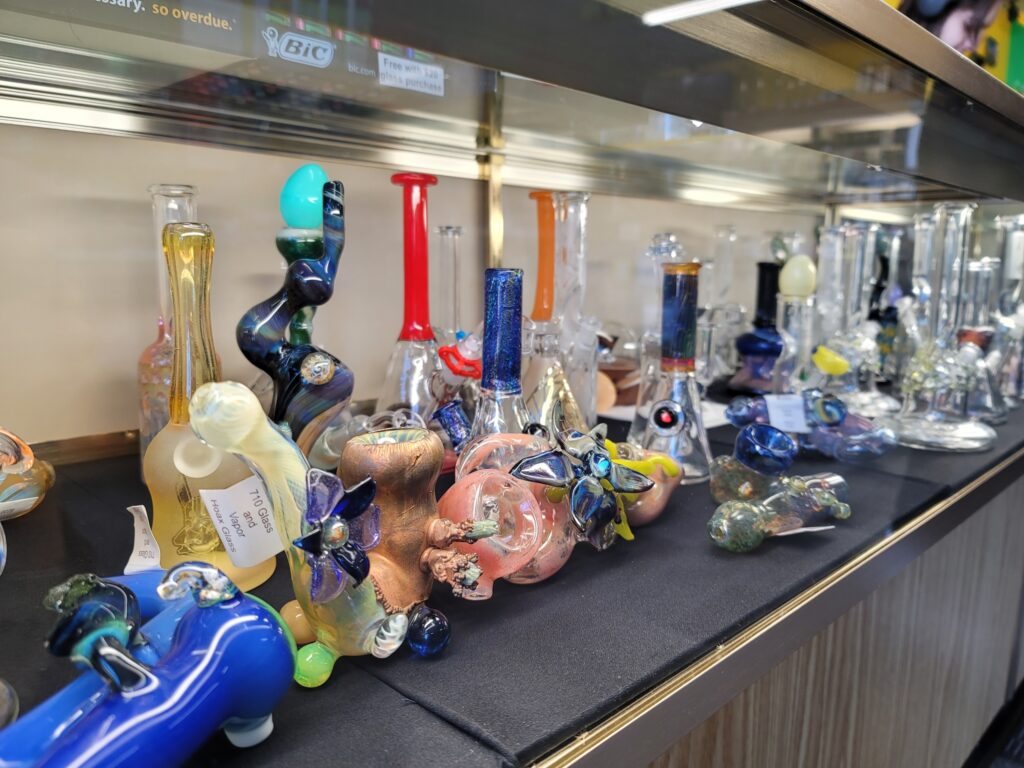 “Fail early,” was just one of the lessons that Paul Pitonyak shared when we spoke about profiling his Erie, PA shop as Shop of the Month. He’s 32 years old now and never had aspirations of entrepreneurship when he was younger, and actually swayed towards random jobs– and getting into mischief. But his parents told him, “You can do something that takes no skills, or you can gain skills and make more money.” He listened.

He started an AV and DJ business with a partner early on and learned another valuable lesson: Be careful who you partner with. After that venture he took that experience and opened 710 Vape and Glass in 2014 with his partner Andrew. With just $5,000!

This time around he picked a better partner, and since Pitonyak was a fan of cannabis, he wanted to open a head shop, something he always aspired to do. Andrew was more reluctant due to the older and more conservative population in their area. To assuage some of those fears he sought the counsel of a friend, Scotty, an older mentor who owned a local vape shop called Hippie and the Hound Vapor Store and Lounge.

Scotty, then in his late 50’s, helped the young guys out (Paul was 24), and instead of opening a second shop of his own, he nurtured these two budding entrepreneurs.

“We were so blessed,” Pitonyak confesses, “he could have easily done his own thing and let us be, but instead he took us under his wing and taught us. Not just skills, but also direction, and we followed his advice and started with e-cigs instead of pure alternative type products. That’s when I learned how vital it is to find smarter people and listen to them!”

E-cigs were a more consistent income base, and since Pitonyak was a former smoker, starting at age 11, smoking two packs a day by 15, and finally quitting at age 21, he wanted to share his journey and get other smokers off the product. “Hell, if I could quit, then anyone could!” he preached, and the people listened. Even today he offers a discount to his customers that break their cigarettes and discard their old packs in his shops. Passion is important, but so is timing, and in 2014 the vape market was exploding, but they quickly diversified into other products, starting with American-made glass, and today deal with over 100 vendors.

Partner Andrew married and left the area in 2017, and declined a 50 percent share of the business and took less. Pitonyak returned the favor to Scotty by giving him a sweet deal on his new venture: exotic ice cream, through his commercial real estate ventures.

Today they sell about 70 percent vape products, and 30 percent alternative, and currently have four locations with number five coming online this year.

“You can’t be afraid of making mistakes,” Pitonyak said. “Failure has taught me so much more than success ever has. And I learned another valuable lesson when I had a run in with Johnny Law in Idaho back before I ever opened my shop: “If I want to do extraordinary things I have to do things that ordinary people do not.”

That included pushing beyond his comfort zone doing whatever is necessary to succeed.

“When I was a kid I didn’t fit in, and I had high expectations. I was blessed with an amazing memory along with savant tendencies. I had raw intelligence and processing power, but lacked social skills, so I had to work on that.”

He is still doing that today and said, “You have to be willing to adapt. We have redone our stores, changed shelving and interior, and changed products; you must evolve.” 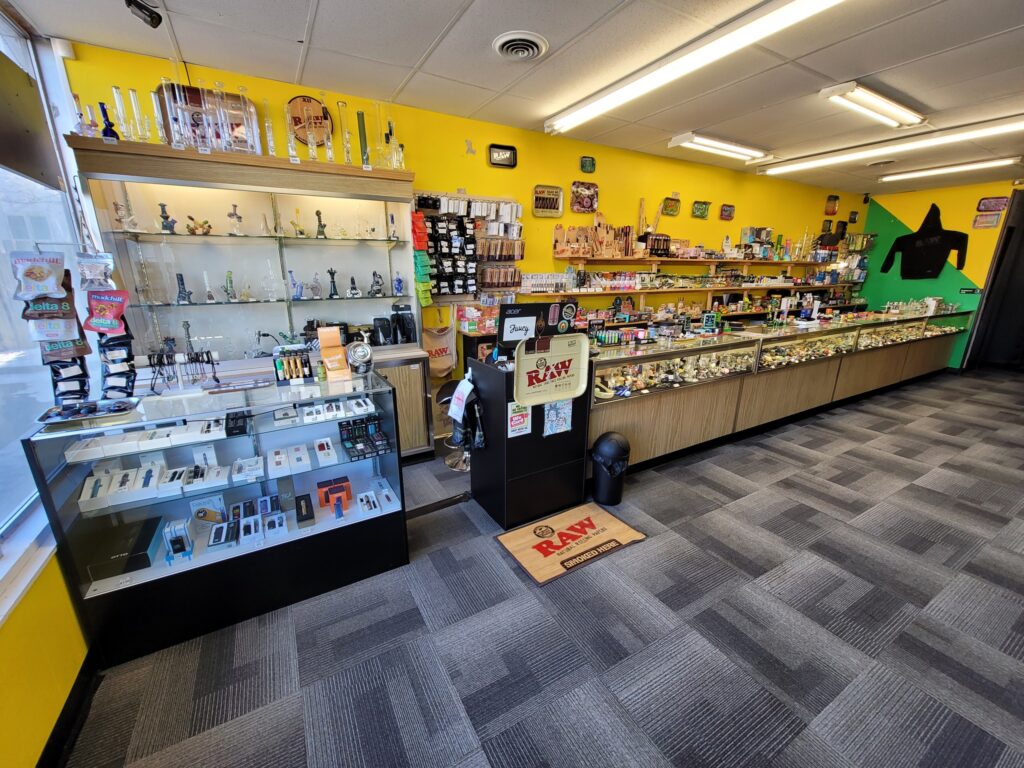