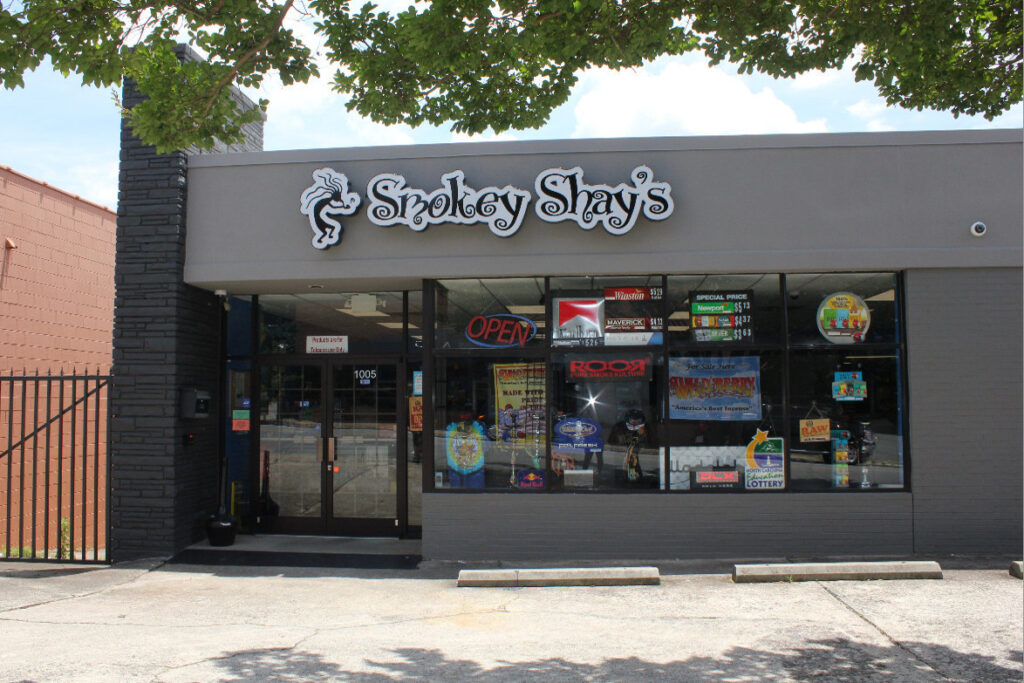 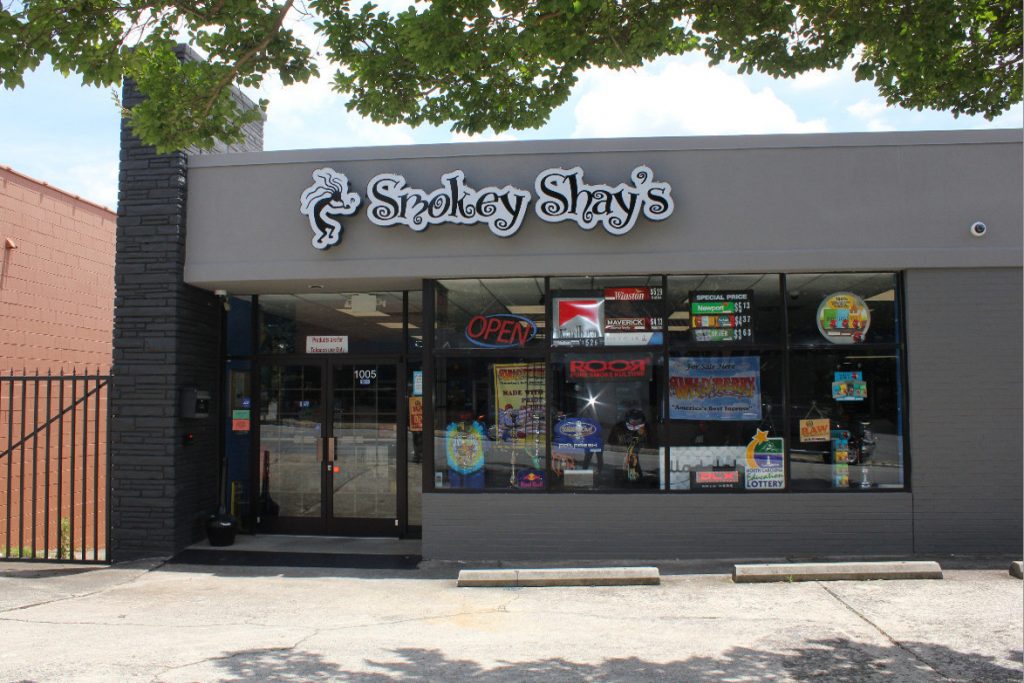 Clever retailers can to bold actions to prevent shoplifting

It never ceases to amaze Shana Wilkinson, owner of Smokey Shay’s Tobacco Shop, how bold people will be when it comes to shoplifting.

She’s witnessed people loading up merchandise into a ball under their jacket so that it seems that they’re fat or pregnant. She’s even seen people wear two pairs of pants, the inner pair tucked inside their socks to make a big pocket that they can stuff things into. 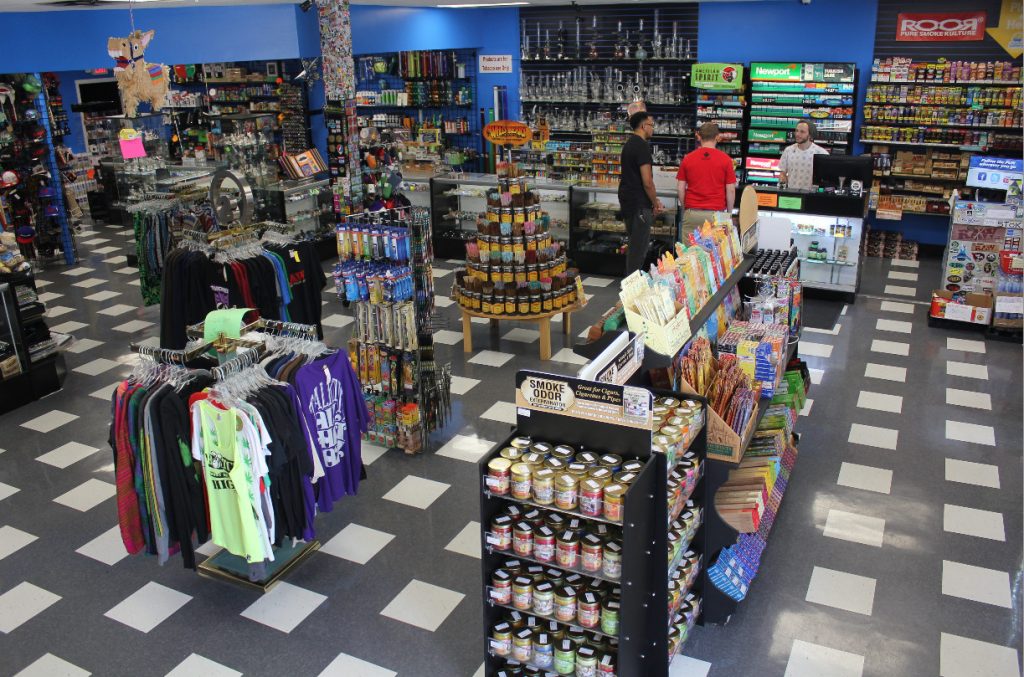 One woman tried to steal $150 worth of items — a T-shirt, socks, a pair of mittens and little things across the store. She came in with two men who kept employees busy asking to see all different things while their partner grabbed everything that she wanted and stash it in her purse.

Another, daring thief, stole the headie rig that the store was giving away in a raffle, even though it was up high on top of a display case.

“She and her boyfriend came in right before we close. We’ve only got one employee at the closing time because it’s generally pretty slow. Her boyfriend bought a scale and an ashtray, and while the employee was helping him get the scale calibrated, she took the raffle piece, set it down on the window ledge by the front door,” Wilkinson say. “She stood in front of it until her boyfriend finished checking out, then stuffed it into her purse and walked out.”

Recent statistics from the National Association for Shoplifting Prevention are alarming. The association reports that one out of every 11 Americans are shoplifting, with 27 million people now shoplifting nationwide.

According to NASP, offenders are only caught once out of every 48 times they steal. It’s certainly not for lack of trying. 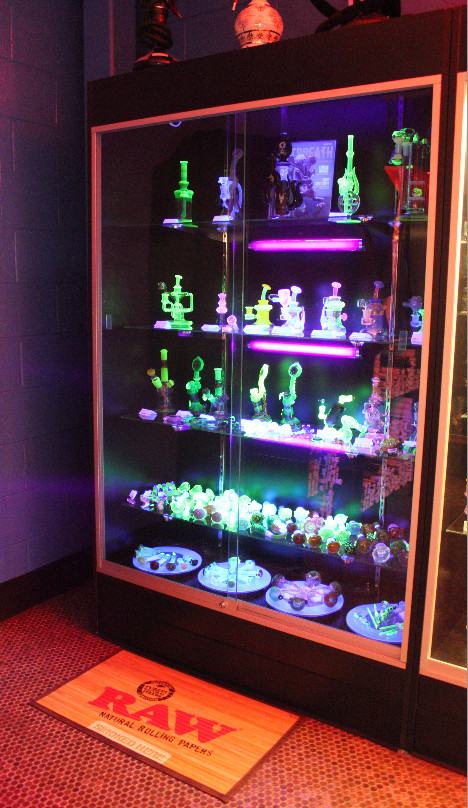 At Smokey Shays, for instance, 18 security cameras watch everything, and a big orange sign right inside the door announces to everyone that their actions are being recorded. Shoplifters that fail to head the warning are made famous in an album of “Fools and Thieves.”

“We put their mug shot in the book and write little stories for each one of them to embarrass them. Everybody knows the book is there, and they laugh at the people in it,” Wilkinson says. “We also post them on social media. It gets shared and it goes viral more than any promotion that we ever do.”

“We definitely catch people that way. Eighty to ninety percent of the time, we find our their name because we offer store credit in the amount stolen as a reward for information leading to their arrest,” Wilkinson adds.

“Word travels very quickly when we put their face on social media, so if it is somebody that lives in town, there is always somebody waiting to turn them in.”

Wilkinson trains staff from day-one how to deal with theft prevention.

If an item turns up missing, and there’s no doubt a customer has it, Wilkinson’s instructions are to ask “What did you do with the item or where did you put it, because I’m responsible for putting it back in its place.”

“It tells the customer that, even though we might not be accusing them of stealing, we know that they did something with the item, and it gives them the opportunity to give it back and to play it off like it wasn’t theft,” Wilkinson says.

“If the person gets irate and runs for the door, we don’t get in between them and don’t create a physical altercation,” she adds. “We do yell at them to let them know that they’re on camera and we will get them!” 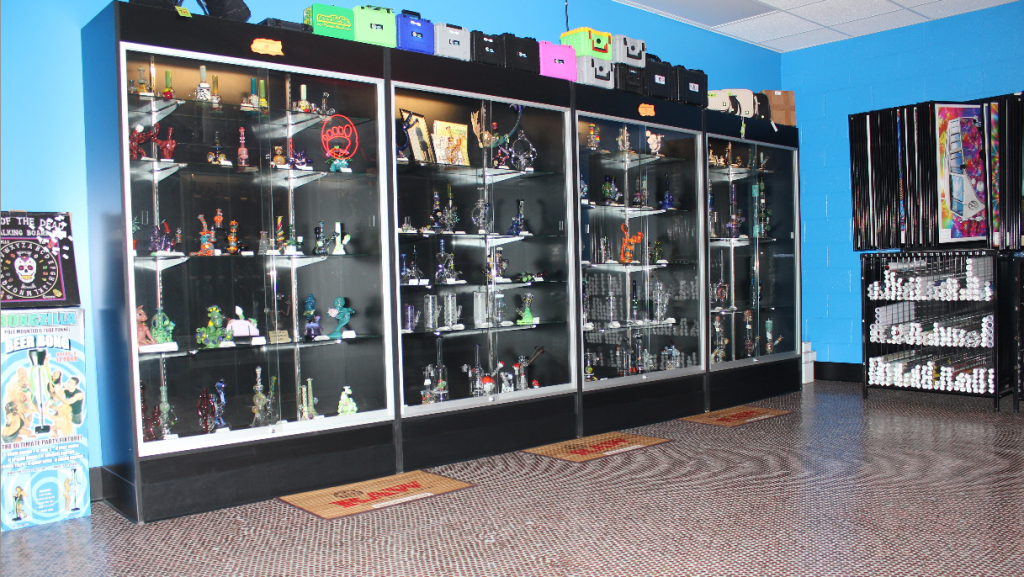 There is no profile of a typical shoplifter. NASP stats show that 75 percent are adults; 55 percent of say they started shoplifting in their teens.

The cannabis culture and legalization makes it a challenge to spot a would-be thief. That long-haired character with the rumpled clothes may have a big wad of cash they’re ready to spend. On the other hand, the well-spoken, nicely dressed person may actually have sticky fingers, like the high school teacher that Wilkinson caught stealing cigars.

Luckily, a guilty person will usually give themselves away with their actions. If they’re constantly glancing around without asking questions, that’s suspicious activity. Twitches and nervous ticks can also be a red flag — unfortunately, it’s often associated with drugs like methamphetamines – and in Wilkinson’s experience, those are the people who are most apt to shove as much as they can into their pockets because they’re not thinking clearly.

Unlike shoplifters, who have no rules, retailers and employees must follow one basic rule when it comes to apprehending shoplifting suspects. Whether you catch them on camera or red-handed with the goods as they’re running out of the store, you can’t make a conviction with absolute concrete proof.