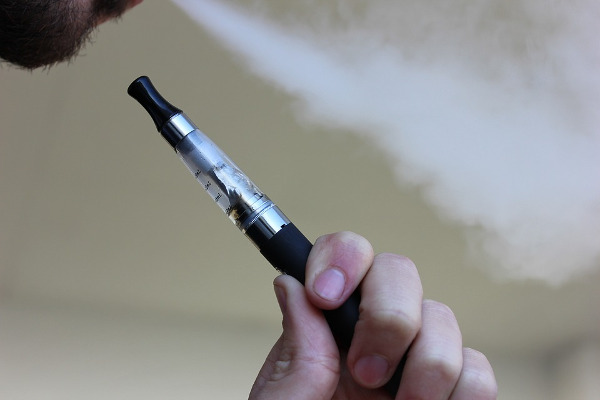 Game Changers: Four Things Every Shop Owner Should Consider in 2019

As the saying goes, “Mo money, mo problems.” At press time, no one knows that better than JUUL Labs, who, after three consecutive years of unprecedented success, are undergoing intense scrutiny from the FDA, as well as anti-tobacco activist groups.

The controversy revolves around the sharp rise in teen vaping. According to the latest reports, use of e-cigarette devices among high schoolers has spiked to a record 11.3%, triggering a massive wave of concern among parents, educators and regulators. To add insult to injury, the rate of teen cigarette use ticked upward (from 7.6% to 8.1%) for the first time since 1997. Many are tying that to the popularity of e-cigarettes, using the “gateway drug” narrative as their rationale.

Though JUUL spokesperson, Ashley Gould insists that their products are intended solely as an adult cessation aid, there’s no question that they’re still the top choice among young people, who use the terms “JUULing” and “vaping” interchangeably. 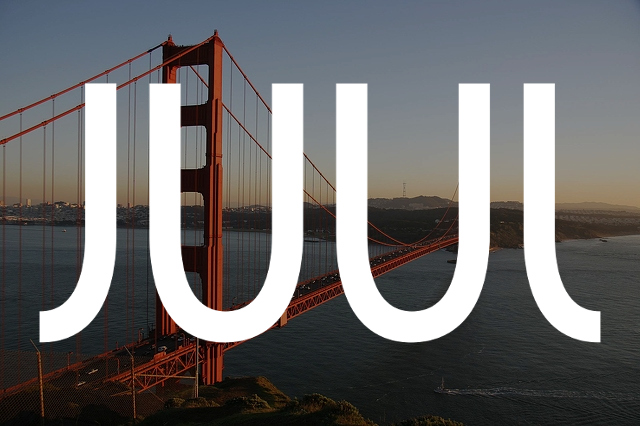 The situation heated up even more in late September when the FDA conducted a “surprise inspection” of JUUL Labs’ San Francisco headquarters, wherein, according to CNBC, they seized “thousands of pages of documents” related to their marketing practices.

In response to mounting pressure, JUUL Labs have since announced that they would be suspending the sale of all but three of their flavors in retail outlets. The three that didn’t get the axe were mint, menthol and tobacco. Meanwhile, the additional flavors will still be available on their website, but expect the company to ratchet up their age verification system significantly.

This story is only beginning and is an important one to follow in the coming year as the actions taken will affect not only JUUL, but the entire e-cigarette industry, which has become a cornerstone of sales for retailers throughout the head shop space.

It’s still difficult to wrap one’s head around the dramatic reversal on cannabis legalization, both in public opinion and policy, over the past decade. Eight years ago, most would still have been arguing that we’d never see cannabis legalization within our lifetime. Now, however, it’s all but a foregone conclusion. It’s no longer a question of if, but when—and to what extent.

The most unique development of the legalization narrative has been the rarely-seen bipartisan make up on both sides of the issue. While it was traditionally viewed as a liberal/conservative split, the growing libertarian wing of the Republican party has turned that narrative on its head. As we, ourselves, covered extensively, one of the most recent attempts at federal legalization was sponsored by Congressman Tom Garret, a traditional conservative Republican from one of the reddest districts in Virginia. Though he was confident that the bill could become law if it ever made it to the floor, the measure was stalled out in the House Judiciary Committee, thanks in no small part to the committee chairman, Congressman Bob Goodlatte (R-VA).

The good news is thanks to the power shift that occurred this past November, Goodlatte is no longer in charge of the committee. The even better news is that it looks like the Democrats may be gearing up to take action, as highlighted by a memo from Congressman Earl Blumenaur (D-OR), released this past October. The memo articulately lays out the case for legalization, the rationale for acting immediately, and an in-depth plan on how to make it happen.

“Polling shows that 69% of registered voters ‘support the legalization of marijuana,’” the first paragraph of the memo states, “and 73% support expunging the records of those previously convicted of marijuana-related offenses.”

“Congress is out of step with the American people and the states on cannabis,” the document goes on. “We have an opportunity to correct course if Democrats win big in November. There’s no question: cannabis prohibition will end. Democrats should lead the way. If we fail to act swiftly, I fear as the 2020 election approaches, Donald Trump will claim credit for our work in an effort to shore up support—especially from young voters. Democrats must seize the moment.” 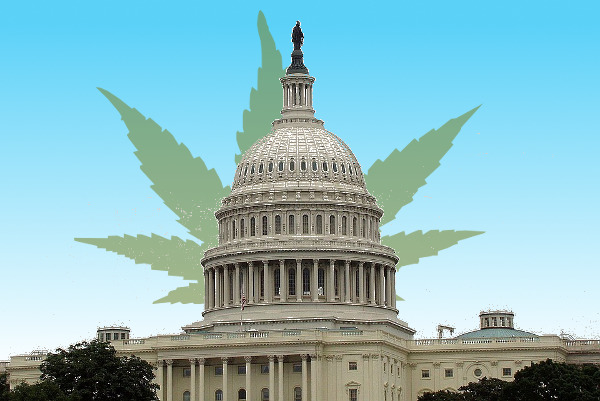 The mention of the president is by far, the most strategically effective argument of the memo to rally the support of Blumenaur’s fellow party members. If there’s anything that will motivate the issue’s fence-dwellers within the party to fall on the correct side, it’s the threat that their sworn enemy will beat them to the punch. Love Trump or hate him, but his polarizing presence in the national dialog may end up being the catalyst for the change we so desperately want to see on the issue.

New legitimacy will bring new regulations, as well as renewed interest from corporate investors. If those of us currently in the space want to thrive—and even survive—the coming seismic shift, we have to be prepared. Which leads us to our next point . . .

“If you’re a billionaire looking at this industry, you’re like, ‘Wow, they’re doing a lot of business. That’s really untapped. And look, there’s no one guarding the gate.’”

The above quote is an excerpt from an interview we conducted with Glow founder and CEO, Jason Glowacki a year ago. When we printed it, it read as a warning. When cannabis prohibition is fully repealed, it will feel more like prophecy.

Depending on how you navigate the impending shift, that prophecy could be of either feast or famine. That determination is largely up to you. The short of it: get your house in order. That means tighten every aspect of your operation. Cut the fat and streamline your processes. Be ready to meet widening demand, but don’t overextend yourself in the process. Stop viewing your business as just a labor of love and start treating like a science. Most importantly, have a firm grasp on what your new market will entail, who you will be servicing, and what their needs are. 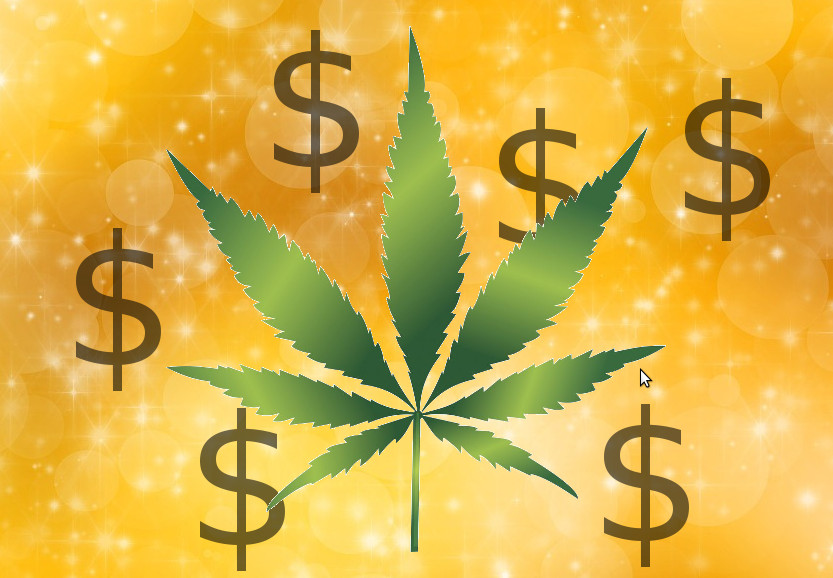 “I think the really smart smoke shop operators . . . are going to recognize that they need to upgrade their shop so it feels more like a sophisticated retail environment,” opines Greenlane’s CMO, Sasha Kadey.

“Furthermore, because they can, as a specialty store, provide such expert product knowledge and a much wider product selection, the frenzied activity that going mainstream will create can really be to their benefit.”

“The trick is creating the right environment and marketing yourself in the right way,” he continues. “So as these people who have amplified reach are bringing more consumers into the tent, you need to be sure that you’re hanging your shingle in the right place so they come and find you for a higher quality experience as a specialty retailer.”

In case it isn’t clear, when he says, “people who have amplified reach,” he’s talking about your future big-money competition. What you lack in resources, you need to make up for with positioning, credibility and customer experience. In the retail world, those qualities are the smooth stone that can slay the giant.

Finally, reach outside the head shop space and utilize the knowledge that’s available.

“The types of retail industries that have had the resources to do so have worked out the science,” Kadey says. “It’s why when you go to the supermarket, they put the eggs and the milk in the back of the store. They know people came there for milk and eggs. So, they’re working out, ‘ok, let’s make them walk through all this other stuff and see what else we can sell them. Let’s use the end caps to put products we think they’ll be interested in discovering.’”

Heed the words and prepare yourself. Don’t just survive the coming wave. Thrive atop its crest.

The MarketZone will revolutionize how you do business.

Shameless plug? Maybe, but it doesn’t mean that it’s not true. It’s already covered in this issue’s “Behind the Scenes” department. We love trees, so we won’t waste paper on rehashing it. CLICK HERE to read about it. 🙂