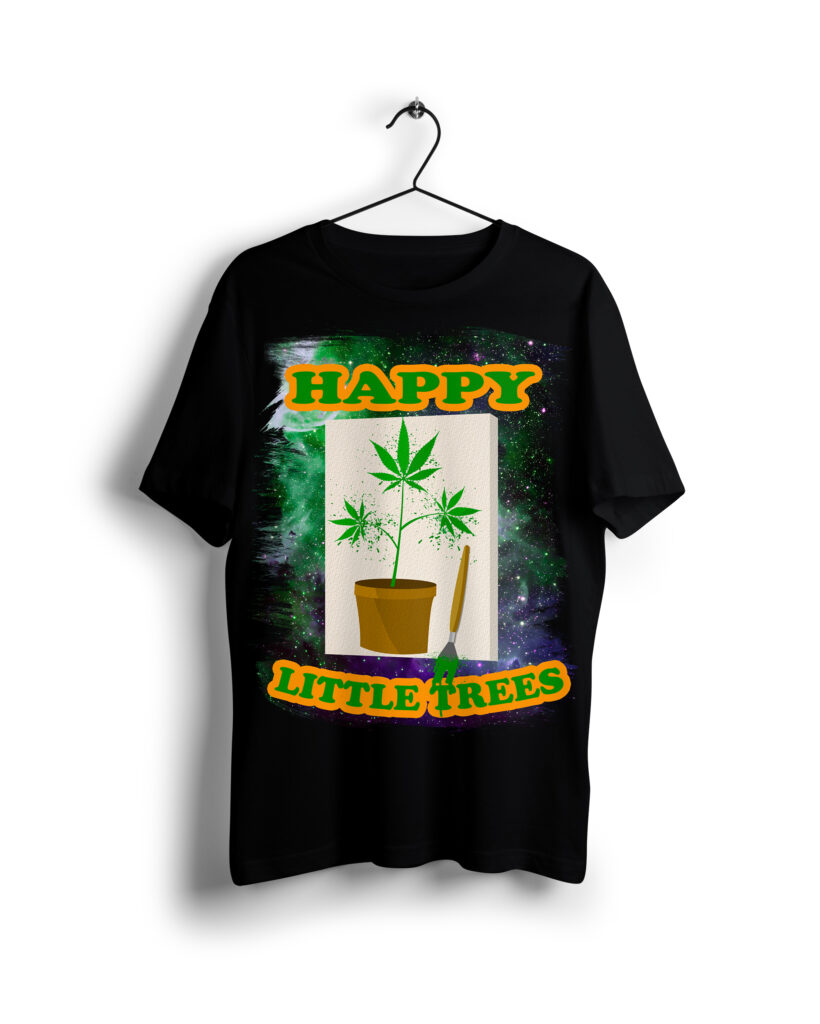 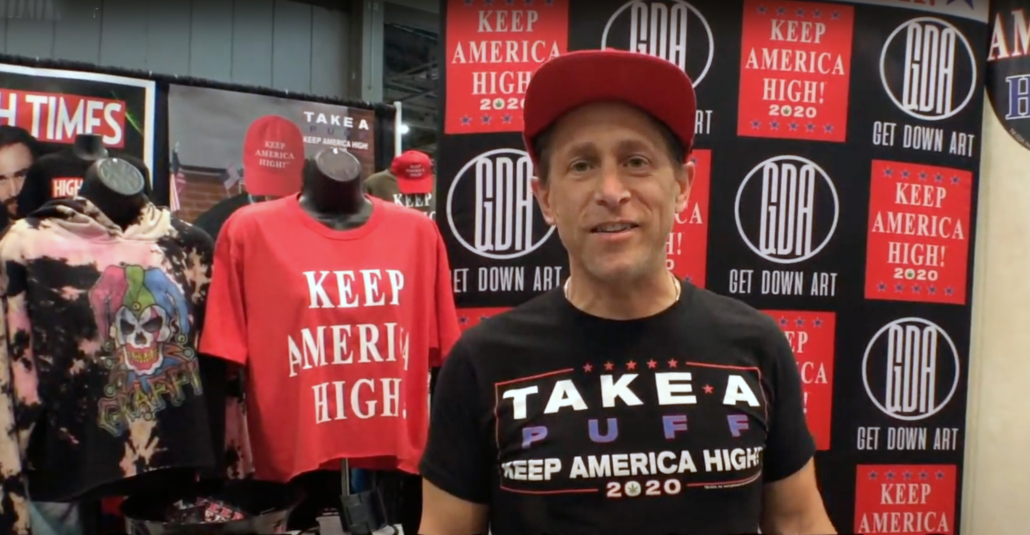 If Brandon Donofrio were running for office, his platform would be “When passion meets purpose is when you excel.”

“I’m a guy who walks the walk,” says Donofrio, CEO of Get Down Art, a Las Vegas-based artist agency and marketing company. “I’m very passionate about the rights and freedoms of using and enjoying cannabis.” 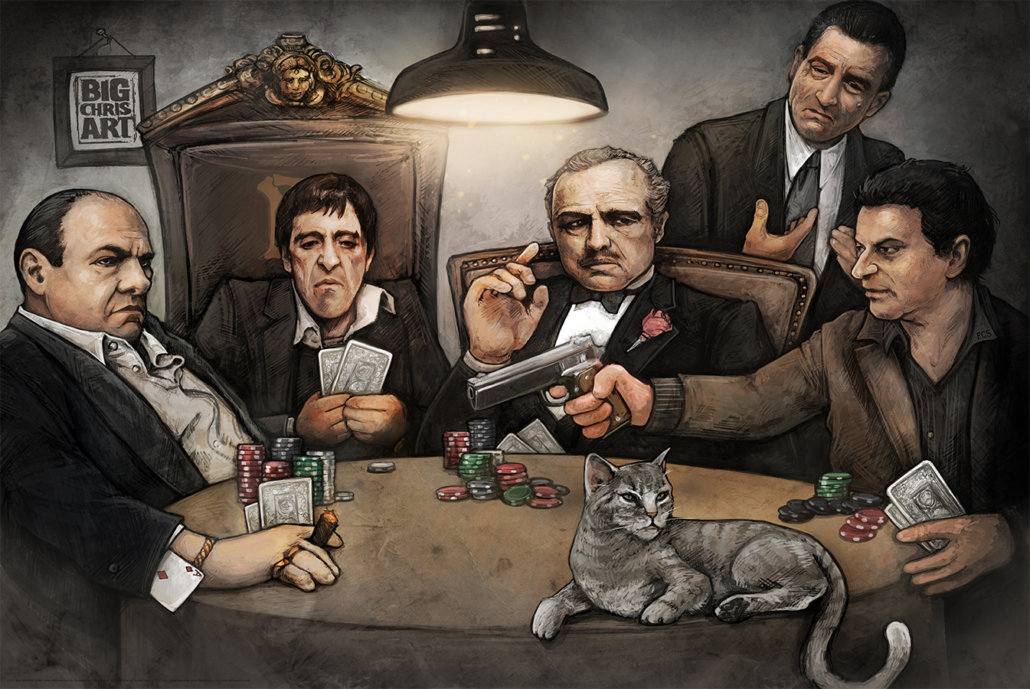 Whether you vote red or blue, Donofrio’s new Keep America High campaign encourages supporters from coast to coast to cast their vote for legalized marijuana and spread the word with smoking hot merchandise. Plus, Keep America High donate’s a portion of every product sold to the Marijuana Policy Project, the largest organization in the United States focused solely on enacting humane marijuana laws.

“It’s clear that legalization supporters are clamoring for the right gear to wear and share this important message,” says Donofrio, whose line of shirts and hats play off the “Keep America Great” slogan made famous (or infamous, depending which side of the political fence you’re on) by Donald Trump.

“When you wear the red Keep America High apparel, people are first attracted because they think it’s a trump thing, and when they discover it’s about legalization, they want to know more about the movement,” Donofrio says. “For smoke shops and dispensaries that carry the hats and shirts, it creates a great loyalty from customers knowing that, along with selling pipes, the business is an advocate for legalization.”

Not only is the slogan an attention grabber and conversation starter, from the home page of ShopKeepAmericaHigh.com, supporters can pledge their vote and learn about the Marijuana Policy Project issues and advocates in each state. Donofrio is proud to have created “a conduit to help stoners make stuff happen.” 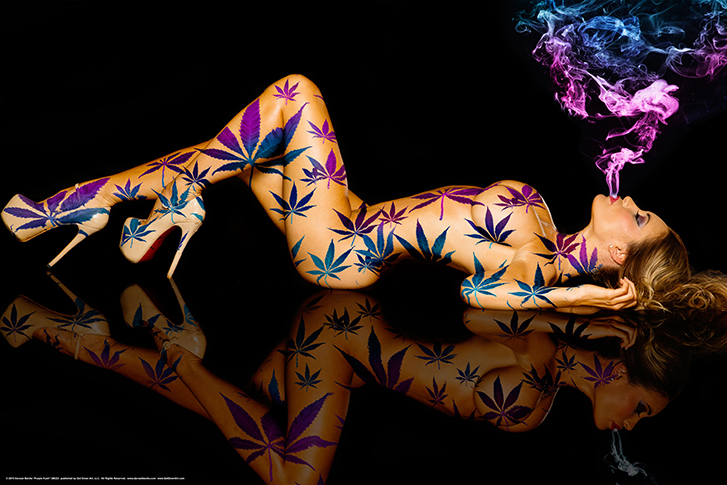 Donofrio founded Get Down Art in 2006, and even though he didn’t segue into the smoke shop industry until 2011, he’s been a marijuana user since his high school days.

“Back then, they didn’t have a diagnosis for ADHD or hyper activity, but I had all of the symptoms. When I turned 18, I started smoking a little weed. It wasn’t about getting high; it was about focusing and relaxing a little bit because I was wound up and crazy,” says Donofrio, 44. 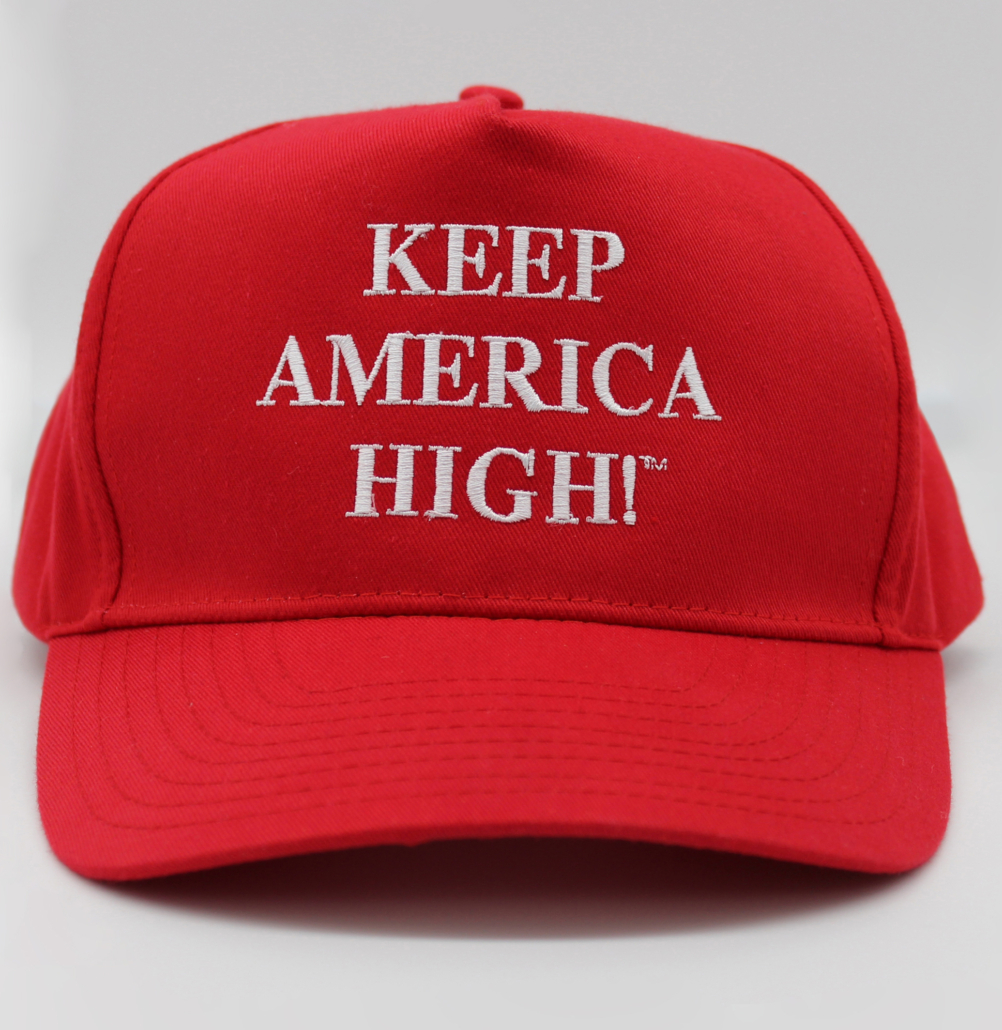 “I’m one of those guys that likes to engage with people — I’ve always carried a one-hitter box and the first time a lot of my friends got high was with me,” he adds.

From 2006 to 2014, Get Down Art primarily sold posters and canvas prints and licensed artwork to several major apparel companies. Donofrio had previously worked at director of sales and licensing for contemporary artist of Michael Godard. He started his own venture with his expertise in trend analysis and the exclusive rights to four Goddard posters. Using his contacts in the art world, he was able to hook up with visual artists, like Big Chris and Daveed Benito, to create original counter culture-inspired designs for posters and shirts.

“I could see smoke shops and dispensaries being an emerging sector of business with more states becoming legal,” Donofrio says, adding that apparel, is particular, is a growing product category for the industry.

“It’s still in its infancy and will continue to expand as shops see more return shoppers,” continues Donofrio. 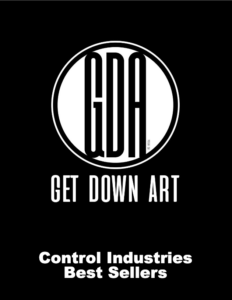 The Get Down Art catalog of more than 300 different apparel SKUs, at least another 200 posters and thousands of design available as large-scale wall art. In February 2017, Get Down Art partnered with a South American Apparel Consortium, in El Salvador, that allows Donofrio and his staff to focus on art development and distribution knowing they’re backed by a major manufacturing powerhouse that can create and deliver any type of garment imaginable.

“It’s a volume thing and the more product options we can supply retailers with, the more opportunities they have to attract customers to their business,” Donofrio says.

If it’s music you’re into, Get Down Art have licenses with legends like AC/DC, Janis Joplin, David Bowie, Pink Floyd and Jimmy Hendrix Dee. They’ve recently entered into an agreement with General Motors to reproduce vintage car brands from muscle cars to Corvette, Camaro and Cadillac. They even do their own 420 spin on movies, changing the Joker to the Toker, and The Brady Bunch to The Stabby Bunch featuring famous slasher film characters. Other categories include animals, from tigers to turtles, and pop icons including James Dean, Albert Einstein and Marilyn Monroe. 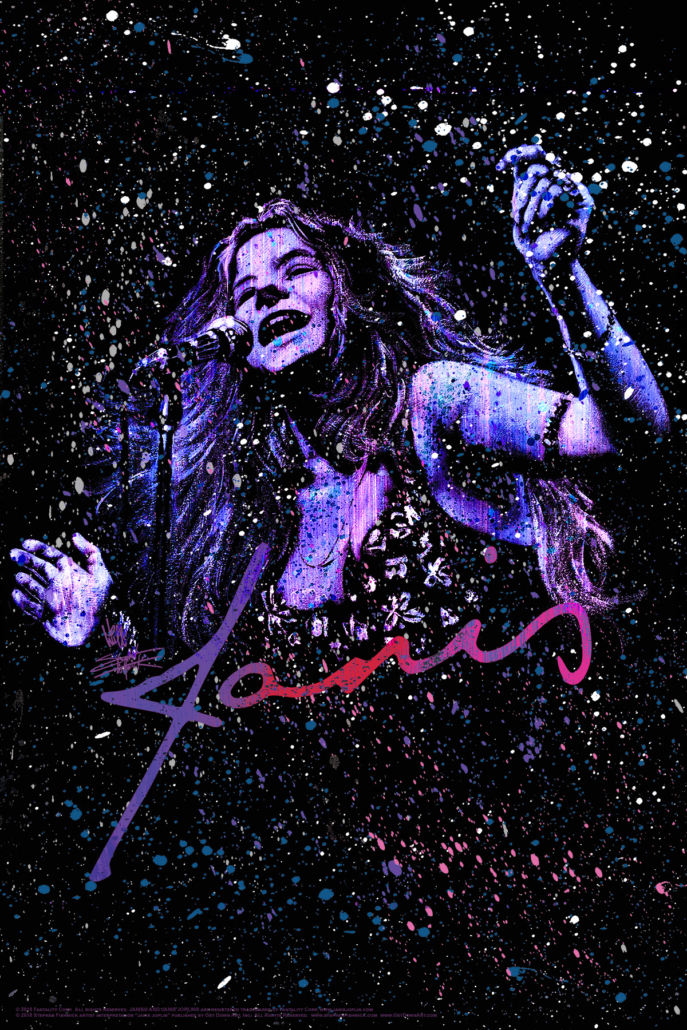 “Our company is art-driven and the licenses we enter into give us flexibility to be able to create custom artwork around their images,” Donofrio says. The Pink Floyd Dark Side of the Moon design by artist Steven Fishwick, who brings color and motion to his work, is a perfect example. Not only does Fishwick’s signature splatter effect give an original twist a classic logo, it’s approved by the band and exclusive to Get Down Art.

GDA has a dedicated smoke shop division to assist buyers make the best product decisions for their stores.  Donofrio’s approach to business is a simple equation — when you’re creating products, you need to create profits.

“Everyone has to win, otherwise no one does,” he says. “If it’s a good quality product at good price point, no matter if it’s licensed shirt or poster, people will buy it.” 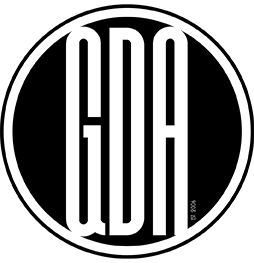