On May 3, 2022, a fusion occurred within our subset of commerce that has already sent a creative shockwave through the supply chain when Smoke Shop Events acquired HeadQuest Magazine in an all-cash purchase.

Originally launched in 1998 by founders Roger Kay and Ralph Garza, HeadQuest, AKA, HQ, has served as an integral part of the head shop, smoke shop and cannabis accessories marketplace for nearly a quarter-century, with bragging rights to being the first, longest-running and most widely read publication in the space.

There’s a lot of perspective required to fully grasp the enormity of HeadQuest’s impact on the sector in which it operates. In today’s world of instant connections and state-regulated cannabis, the visionary nature of this business model within the context of 1998 is quickly lost on anyone who wasn’t there to experience it firsthand.

Head shops had been around since the mid-sixties, yes, but the drug war had long since beaten any trace of a discernable marketplace into the shadows. Shop owners kept their heads down and stocked their shelves through a haphazard assortment of local artisans, travelling sales reps, and occasionally, the back corner of the ASD show in Las Vegas.

Through the creation and distribution of this publication, Ralph and Roger didn’t just provide a service; they fused this loose assortment of fringe entrepreneurs into a cohesive, functional industry.

Without Ralph and Roger’s contribution, it’s difficult to know where we would be, but we wouldn’t be here. And considering the incubative role that head shops provided for the legalization movement, it’s arguable that the now multibillion-dollar cannabis market owes the pair a debt of thanks as well.

Our gratitude to Ralph and Roger for the gift they gave us will be eternally etched into our collective hearts. They assumed the role of legends; giants among men—and it is from the shoulders of these giants that Smoke Shop Events proprietors, Mike Sessoms and Russell Taras can now make the leap that will take the publication and the industry it serves to heights yet unseen.

The torch has been passed to capable hands. Smoke Shop Events has now been in existence for the better part of the last decade and its team members have been around far longer than that. Through that time, they have demonstrated repeatedly that they possess the dynamism and innovation essential to not only maintaining but growing a publication in a perpetually shifting market.

Amidst an oversaturation of trade shows that were slowly stretching the marketplace thin and disempowering the supply chain, Mike, Russell, and their team managed to carve out a comfortable niche within the chaos that allowed them to not only sustain their own success but facilitate that of the entire industry. Through a meticulous attention to detail, a dedication to the philosophy of quality over quantity, and an insatiable appetite for continual improvement, they have built a lasting enterprise that has proven essential to buyers and vendors alike. Everyone else was clamoring to build a supercenter; they quietly crafted a one-of-a-kind boutique that has grown into a formidable empire.

Now at the helm of HQ, they plan to apply those same values to the industry’s favorite magazine and help it to become the media powerhouse that it has the potential to be, thanks in no small part to its founders.

Wisely, they have put the now former Operations Manager, Sandy Caputo into the role of President, guaranteeing a continuity in leadership. By doing this, they’ve demonstrated that their intention is not to redefine the magazine, but to augment its strengths and expand its scope. (See page XX.)

“She has a lot of great ideas that I’m looking forward to implementing,” Mike beams. “The new lifeblood we’re injecting will empower her to go after some of those ideas and actually bring them to fruition.”

Retailers, take note: Your toolbox is about to get a hell of a lot bigger. The first and most important aspect of the publication that Mike and Sandy intend to expand on is the content. For most trade magazines, content is simply the dash of text that shows up here and there to break up the monotony of endless paid advertisements. If HQ was ever guilty of such a description, it won’t be the case in the future.

“We’re going to increase the content,” Mike confirms, “and we’re going to make it useful. We want this to really help the retailers succeed. We want to be a true resource for them. Yes, retailers always want to know about new products, but I think what is equally important, and what often gets overlooked is helping them grow their businesses; giving them useful tips and insights that will make them better and more successful at what they do.” 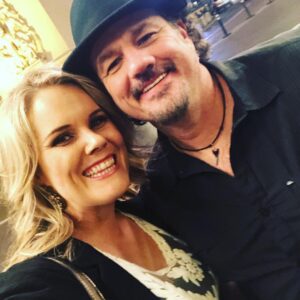 But while content may be the initial focal point and the most essential component of their vision, it’s only the beginning. Sandy, Mike, Russell and the rest of the team have colossal plans mapped out, and though they’re slow to reveal everything in development, they’re eager to confirm that the future is bright with change and paved in new opportunities.

“We’re going to maintain the magazine’s roots,” Mike clarifies, “but we’re going to evolve, because the industry is evolving—right now—evolution is the here and now. Each election cycle, more and more states go legal, and each time that happens, this industry gets a ton more money dumped into it. You’re going to keep seeing an influx of new players, along with new types of stores that will compete in this space . . . the landscape is going to just explode in the next five years. We want to be there to help our industry navigate that and help maintain what makes this such a special place to do business. If we want to help the industry evolve, we need to lead by example.”

So, what should you expect? Expect nothing less than the consistent integrity on which you have relied for the last two decades and counting. But also, expect so much more; a more professional aesthetic, a revamped and retooled digital presence, a continually expanded and increasingly useful toolchest for both vendors and retailers, more integration, more interaction, more engagement; a perpetual cycle of explosive creation, because that’s what you get from fusion.