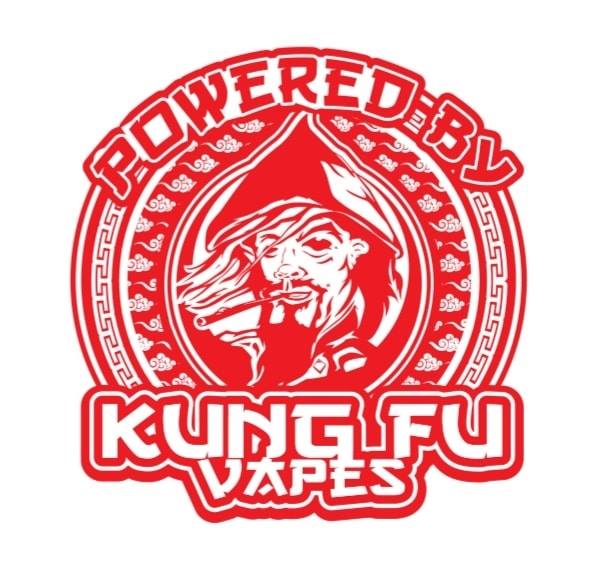 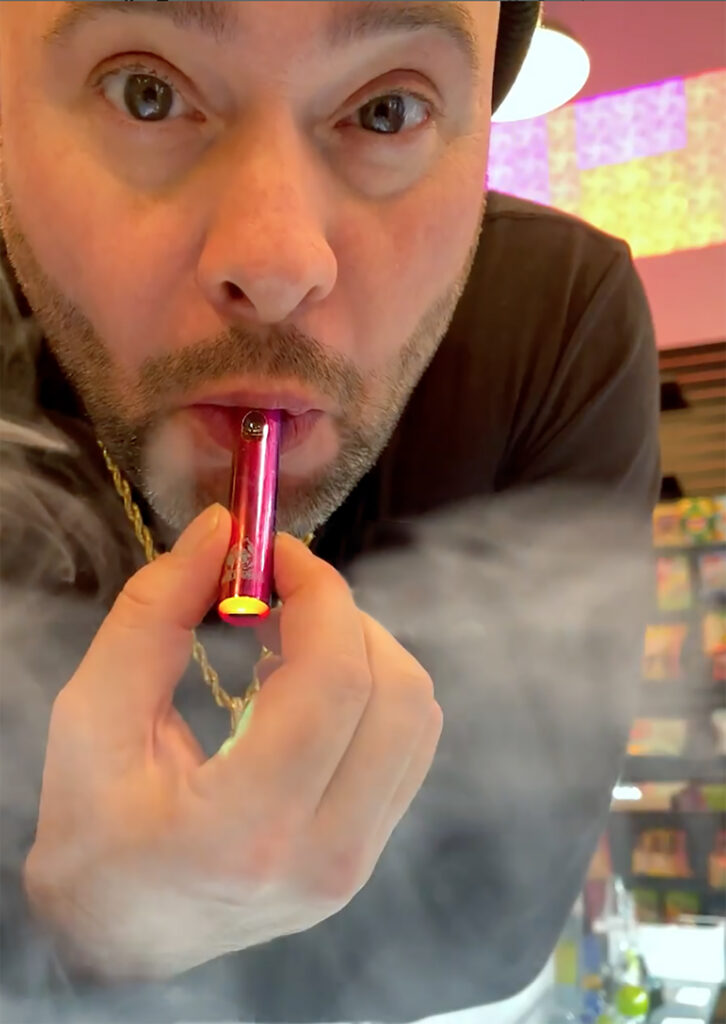 There are many cannabis vaping device manufacturers hyping their products as leading the industry. But let’s be realistic, if vape tech is so advanced, why are we still reading headlines about cartridges that leak, have airflow issues, and deliver an unpleasant bunt taste?

John Dawson Jr., owner of Kung Fu Vapes, in Spokane, Washington, feels he has the answer and the solution.

“What I’ve discovered is that in large part manufacturers are just selling the same old sh*t in a new body style,” Dawson says. “As far as pods and disposables go, there hasn’t been a lot of innovation, and a lot of the internal components are identical.”

510-threaded carts have been a mainstay for the vape market for nearly a decade, but Dawson claims most are antiquated at best. “It was originally a plastic e-cig platform that came as a stainless steel or soft-touch plastic shell, and oftentimes it had exposed silica wicking that was dangling in the tank. Carts have since been refined with stainless steel downstems, port holes and cotton wicking,” Dawson points out, “but even so, there are tons of potential fail points, primarily because high viscosity oil doesn’t mix well with cotton.”

A wick that is not fully saturated can actually burn when heated giving off an unpleasant taste. Drawing hard to pull the liquid through the system, on the other hand, can cause the wick to absorb more concentrate than the coil can vaporize resulting in excess oil flooding the tank and clogging the airflow holes.

Knowing that cannabis extracts are expensive, and consumers want to get the most from their vaping experience, Dawson set out to build a better mousetrap, or portable vaporizer in this case. A former recording studio owner and sound tech, one of Dawson’s chief talents is being able to mentally see the internal components of a piece of hardware and how they function together.

“Learning the core components of vaporizers became my mission,” Dawson says. “By building relationships with overseas manufacturers, I was able to take my shot-in-the-dark napkin drawing ideas and have them vetted by real engineers and designers.”

By mid-2,000s Dawson was able to launch his first product — the Pocket Rig, a stick-style vaporizer with a screw-on 510-threaded atomizer. Being an open coil-style device, the user could pull off the top to expose two heating rods made of glass. Essentially, the device heated the cartridge externally, and by design, worked with any concentrate no matter the viscosity. Kung Fu Vapes officially launched the Pocket Rig to much acclaim at the 2014 High Times Cannabis Cup.

The Pocket Rig was touted by industry sources as “the ultimate nano box mod battery,” but it still relied on disposable cartridges.

“Carts had a real boom in popularity with the introduction of distillate. The price point of this magic elixir was amazing; you could make it out of trash trim, and it was very, very cheap to produce — it was this this awesome fuel, but still needed a vessel,” Dawson says. “In most cases technology and internal components of disposable cartridges haven’t been upgraded and that’s why they still have many fail points. I’ve been on my soap box screaming this out to manufacturers, but they don’t give a f*ck because the cartridge represents a very high return on investment.”

What had been forgotten in the rush to make a buck, Dawson says, was the quality of the user experience. And as a smoke shop owner himself, Dawson understood that consumer opinion and satisfaction is ultimately the golden ticket in a competitive market.

Once again, Dawson focused on answering the challenge, and even though, at the time, Pocket Rigs and cartridges were a million dollar business, he did a dramatic pivot to come up with a way to do away with carts all together. What if there was a disposable pod system, similar to a JUUL, but rather than being intended for e-liquid, could be used with concentrates of virtually any viscosity as long as it could be squeezed from a syringe into the refillable pod? In a sense, Dawson’s vision was a pod device that replicated the dabbing experience.

Working with the same engineers that had helped him develop the Pocket Rig, Dawson created a pair of revolutionary vapes – the Quasar and the Sirius, both of which use convection-based Horizontal Ceramic Bucket technology that heats the concentrate without it ever touching wicking or exposed wires — because there aren’t any.  Both devices are rechargeable and refillable (up to 30 times), with a simple, yet functional wickless, auto-draw system.

“You fill it and cap it and you smoke it,” Dawson says.

The V3 Quasar has a 600mAh lithium-ion battery and features haptic feedback and rapid five second heating. While the Quasar uses a removable medical-grade plastic .5ml pod, the Sirius is an all-in-one unit housed in a finger-sized tube with two windows showing the level of remaining oil, and a rounded mouth piece with a tiny pinhole at the top. Available in .3ml, .5ml., and 1ml capacities, the Sirius is powered by a 3v 300mah 1.9/2.4ohm battery.

The Sirius ($19.95) and Quasar ($60) minus the oil, could certainly be sold at a smoke shop along with other ancillary vaporizer hardware. But Dawson’s bigger goal is to have his hardware adopted by licensed cannabis operators as a cost effective, reliable, and convenient delivery method for their concentrate products. In doing so, they could abandon pre-filled carts and switch over to packaging concentrates in inexpensive syringes.

“There are millions of carts on the market, and we’re facing a huge task. But we just had a guy, who’s brand is doing a hundreds of thousands a month in cartridge sales, drive two hours to meet with us and check out our new hardware,” Dawson says excitedly. “He was like, ‘Dude, I want something better than a cart and until now I haven’t found it. . . I’ll transfer over to your hardware immediately!”

“Our mission at Kung Fu Vapes is to provide the best services and products for our producer processor clients, and in doing so, give the end user the absolutely best experience possible,” Dawson says.

“If carts were the beginning, this is the next chapter in the evolution of vaping.” 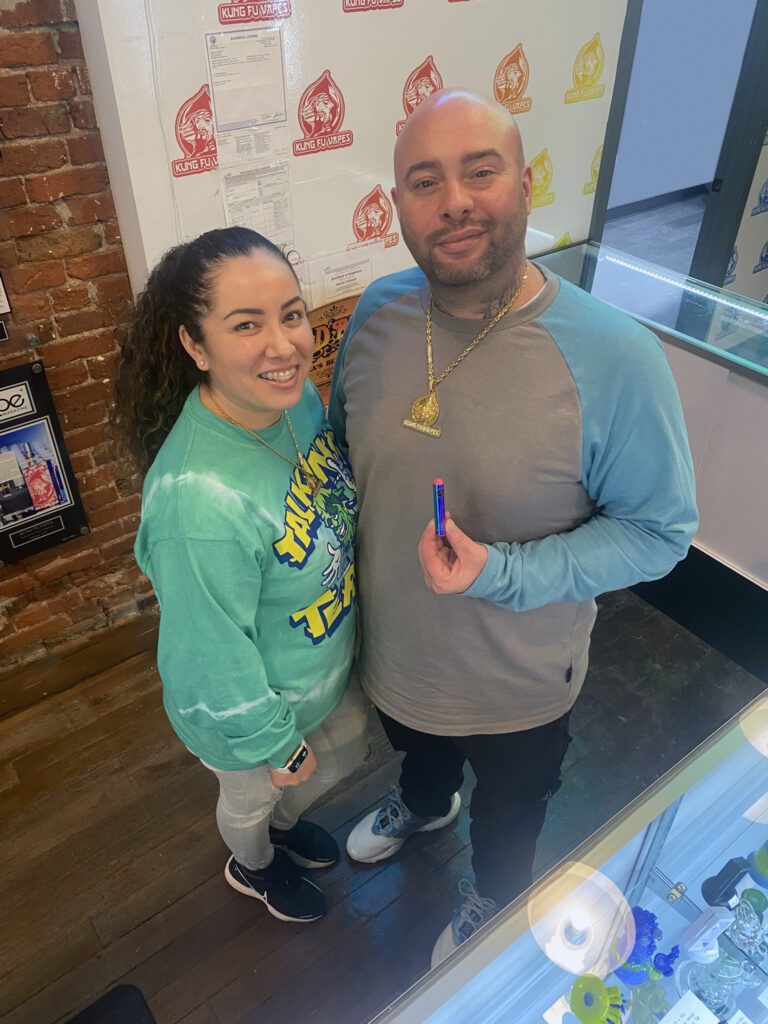