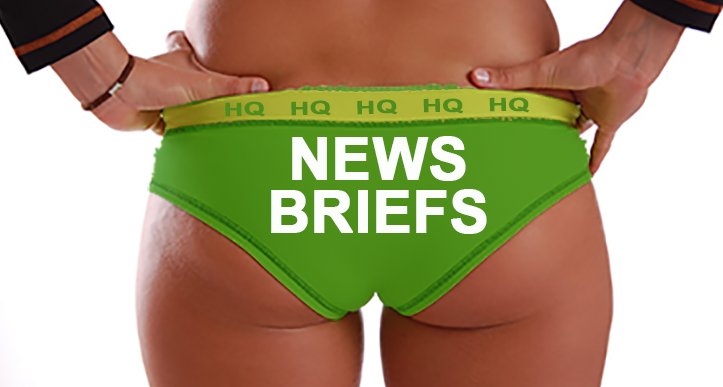 Lobbyists Cashing in on Cannabis Boom

Lobbying firms are taking advantage of the cannabis boom as a number of bills on the industry move through Congress and state legislatures. On the plus side, firms creating lobbying groups focused on cannabis businesses is an acknowledgement of the industry’s explosive growth. On the downside, “big marijuana” like Big Tobacco stands to rake in billions, while ordinary Americans foot the bills.

Senator Bernie Sanders made two announcements recently on Joe Rogan’s podcast – one that he plans to reveal UFO and alien secrets should he become President, and second that he will deschedule marijuana and make it federally legal.

Curaleaf Back in Trouble with Feds

U.S.-based medical and cannabis operator, Curaleaf finds itself in more problems since the Food and Drug Administration (FDA) publicized that the firm was making unsubstantial health claims about its products. While the CuraLeaf did remove all claims after being warned by the federal agency, it has now been accused of violating federal securities law. Simply put, Curaleaf’s health claims is reasoned as a securities violation because the spreading of falsified material is trusted as a scheme to increase the firm’s securities market prices.

Navy to Sailors and Marines: Stay Clear of CBD

A Navy policy statement released last week states that enlisted personel who test positive for THC or other controlled substances for which they have no valid prescription are subject to mandatory administrative processing and could receive a discharge characterized as “Other Than Honorable” (OTH), which can affect future veteran’s benefits and employment opportunities. That means staying clear of CBD too, as the military feels the canibanoid would interfere with Navy and Marine Corps drug testing programs and “result in the reporting of unlawful THC levels.”