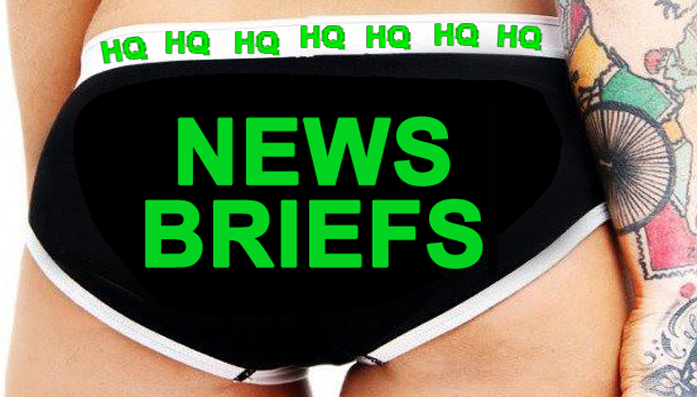 A Georgia law making it legal to produce and distribute cannabis oils with a THC cap at 5% goes into effect Monday, giving the state’s more than 9,500 registered medical marijuana patients better access to cannabis products.

In April, Gov. Brian Kemp signed House Bill 324 into law and, in doing so, closed a loophole that forced some patients to cross state borders in order to obtain the oils.
A 2015 state law banned growing, buying and selling the drug but allowed certain patients to possess it.

While the new law keeps Georgia’s THC cap at 5%, it allows for six growing licenses to be granted to private companies – two for larger organizations and four for smaller businesses.

Starting Monday, taking a quick puff on a vape pen in a bar or restaurant could land Colorado residents in trouble.

All vaping will be prohibited in most public places, including bars and restaurants, by a new state law that will take effect today. Vaping is the inhaling of an aerosol from an electronic device that can contain nicotine, flavoring and other chemicals. Sometimes the vape juice can contain THC, a chemical in marijuana responsible for its psychoactive effects.

Microbial Toxins Found in a Surprising Number of E-Cigarette Products

In April, a new study was published in Environmental Health Perspectives that examined the presence of bacterial and fungal toxins in electronic cigarette (e-cigarette) products sold in the United States. The study specifically looked for endotoxins and (1–3)-β-D-glucan from a total of 75 e-cigarette products; 37 cartridges and 38 e-liquid products. According to the findings, Endotoxin concentrations were over the limit of detection (LOD) in 17 of 75 products tested (23%), and glucan concentrations were greater than LOD in 61 of 75 products (81%).

Dread-heads are in Minority Among Cannabis Smokers

A cannabis advocate, Nana Kwaku Agyeman, has rejected the widely held perception that all rastafarians or persons with dreadlocks smoke marijuana, claiming majority of those who smoke the substance are ordinary people.

He told Johnny Hughes on 3FM’s Community Connect that rastafarians who smoke marijuana fall in the minority Ghana.

The Illinois State Police announced it is preparing its enforcement efforts and the implementation of expungement and regulation requirements of the Cannabis Regulation and Tax Act.
“Whether it’s misconduct regarding alcohol or cannabis, public safety and the enforcement of the law will always remain our top priorities,” the ISP acting Director Brendan Kelly said in a news release. “As the law of the state of Illinois changes, the ISP will ensure our officers, forensic scientists, telecommunicators and support staff have the necessary training and tools needed to continue to enforce the laws in place and perform their respective duties.”