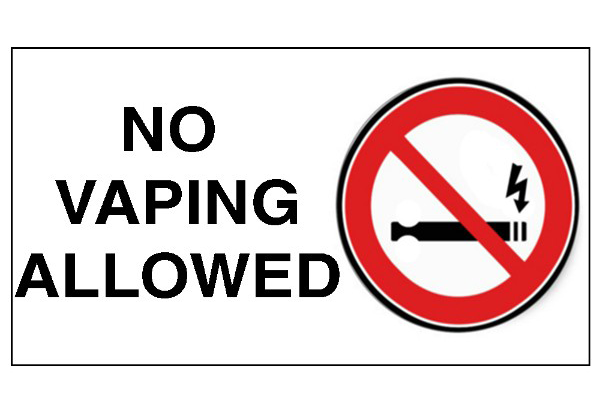 With the attention of FDA regulators focused squarely on the supposed teen vaping epidemicand pod vapes like JUUL, a new action by another federal agency threatens to shut down vape shops and e-liquid manufacturers — and it may already be happening.

The Consumer Product Safety Commission (CPSC) has quietly amended guidelines for e-liquid containers, and the changes could mean that millions of bottles of e-juice on vape shop shelves and in warehouses will be declared non-compliant and subject to recall or even destruction.

The “restricted flow requirement” states that an opened bottle, when inverted and squeezed continuously for five seconds by a five-year-old child, must dispense no more than two milliliters of e-liquid. Obviously, no glass bottle could pass such a test, since the contents would flow out freely when the opened bottle is tipped upside down.

On Feb. 20, recently appointed Republican CPSC Commissioner Peter Feldman issued a warning via Twitter (to his 97 followers): non-compliant e-liquid would be subject to an immediate stop-sale order.

According to attorney Azim Chowdhury and two colleagues at Washington, D.C. regulatory law firm Keller Heckman, that tweet was the first indication that the CPSC might apply the restricted flow requirement to e-liquid containers. On the same day, the CPSC posted a letter explaining that the agency intended to issue guidance in March for restricted flow testing parameters. Publication of the letter on the CPSC’s e-liquid business guidance page was apparently the only outreach to manufacturers the CPSC considered necessary.

The rule can be found in section 1700.15 of the Poison Prevention Packaging Act. Incredibly, no grace period for manufacturers was given. Rather, enforcement began soon after a testing protocol for bottles was announced on March 8. The testing process is complicated, and will probably require specialized third-party labs, according to Choudhury.

Soon after the testing protocol was established, Feldman and another Republican CPSC commissioner introduced an amendment to the agency’s annual budget request, asking for additional funds to “support identification and removal of hazardous products that do not comply with the special packaging requirements” in the CPSC regulations.

The first vaping law passed during the Obama administration was the Child Nicotine Poison Prevention Act, an amendment to the Poison Packaging Prevention Act that mandates e-liquid be sold in child-resistant containers. The law only applies to bottled e-liquid, and not to non-refillable pods and cartridges.

Most e-liquid manufacturers were already using child-resistant bottles when the law was signed by President Obama in early 2016, and there had been no objection to the new standards by industry trade groups. The law went into effect on July 25, 2016, and for nearly three years millions of bottles of e-liquid have been sold in glass and plastic bottles that may now be defined as non-compliant with the restricted flow rule.

All bottles currently being used will have to be tested for restricted flow, and new General Certificates of Conformity (GCC) will have to be issued by manufacturers and kept on file by retailers. Until that happens, vape shops and online vendors may be in for a rough ride. According to the attorneys at Keller Heckman, CPSC Acting Chair Ann Marie Buerkle told a Congressional subcommittee that the agency has created an enforcement plan that will include inspections of vape shops and online retailers.

That House subcommittee is chaired by Rep. Frank Pallone, the same New Jersey Democrat that recently introduced HR 2339, the Reversing the Youth Tobacco Epidemic Act. If passed, the Pallone bill would destroy the independent vaping industry, by banning flavors and online sales, and forcing manufacturers to pay $100 million in annual FDA user fees.

Pallone, a longtime foe of vaping, specifically challenged Buerkle on the flow restriction rule, which he illustrated by holding up a bottle of e-liquid and noting that “it can simply be dumped out in an amount that can easily kill a child.”

Stories about CPSC inspections are already circulating among vendors. In at least one case, a vape shop owner says that a CPSC inspector demanded that non-compliant e-liquids be dumped on the spot. But as bad as the flow restriction requirement is by itself, the rule may create an even bigger challenge for the industry from its usual regulatory nemesis, the FDA.

The FDA Deeming Rule prohibits manufacturers from changing the packaging of a product (except labels) introduced before Aug. 8, 2016. Any alteration to the product — including new bottles — would make a deemed product non-compliant and subject to the requirement for an approved premarket tobacco application before it can be legally sold.

As every vape shop and e-liquid manufacturer knows by now, a PMTA could cost over $1 million, and there is no guarantee it will be accepted and approved by the FDA. That’s why not a single application has yet been submitted for any vaping product, nearly three years after the Deeming Rule was finalized.

The vaping product law experts at Keller Heckman think it’s “unlikely the Agency would discourage CPSC from enforcing its own laws and requiring manufacturers to implement flow restrictors.” But that’s not a guarantee.

E-liquid sellers could be caught in a terrible Catch-22: comply with one federal rule and be out of compliance with another. If both agencies enforce their rules, the entire independent industry could be flattened in months. And if Rep. Pallone and the CPSC are concerned that e-liquids pose a safety threat, wait until they see the nightmare a couple million new home e-liquid mixers will create.