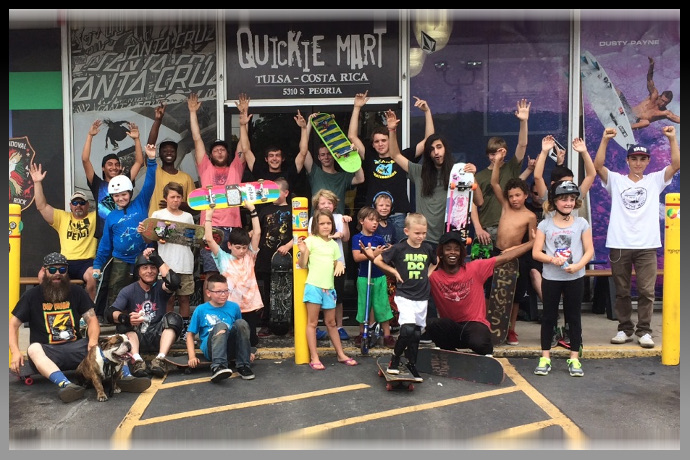 The stories say that with a dash of pixie dust, Tinker Bell can take you away to Neverland. But give her a pinch of what you’ve collected in the bottom chamber of your grinder and she’ll likely take you to the Quickie-Mart in Tulsa Oklahoma.

No, we don’t believe in fairy tales. But a visit to Quickie-Mart might have you believing in magic. It’s almost literally a store of dreams, a counter-cultural supercenter that brings in nearly every lifestyle accessory short of video games that the kid who never grew up could ever want, with a healthy helping of it also suitable for kids in earnest; skateboards, longboards, BMX bikes, scooters, shoe wear, apparel, and of course, smoking accessories (those aren’t for the kids.) 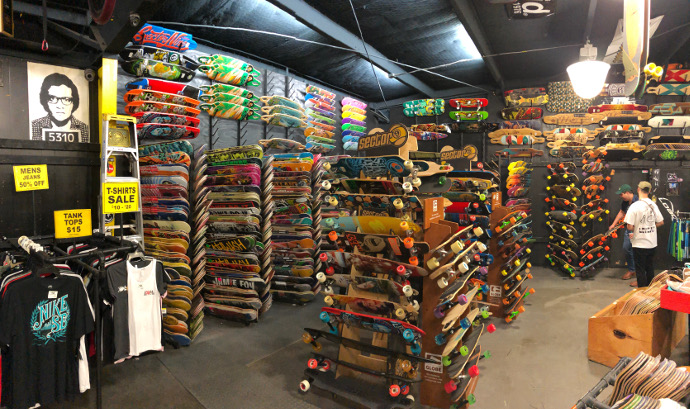 First, let’s get the obvious confusion out of the way. Contrary to what the name suggests, they are not a convenience store, nor are they a gas station. Gauging by owner, Ed Taylor’s apparent penchant for child-like joy, it’s more than likely a reference to the fictional retail outlet of the Simpsons’ universe. Store manager, Deon Bagwell, neither confirms nor denies that theory, but he does acknowledge the legitimacy of the assumption.

“Yeah, a lot of people . . . they’ll call in and act like Apu from the Simpsons,” he says with a laugh. Laughter seems to be his default response. It’s not the nervous chuckle of someone uncomfortable with interviews, though. It’s the jovial, happy-to-be-alive laughter from someone truly enjoying the path their life has taken. He loves his job; that much his obvious. It’s the kind of job that never feels like work, no matter how the workload. Plus, there’s a $10,000 massage chair in the backroom. They occasionally offer it to their favorite customers, but it’s mostly intended for the staff. Don’t go sending in your application just yet, though. 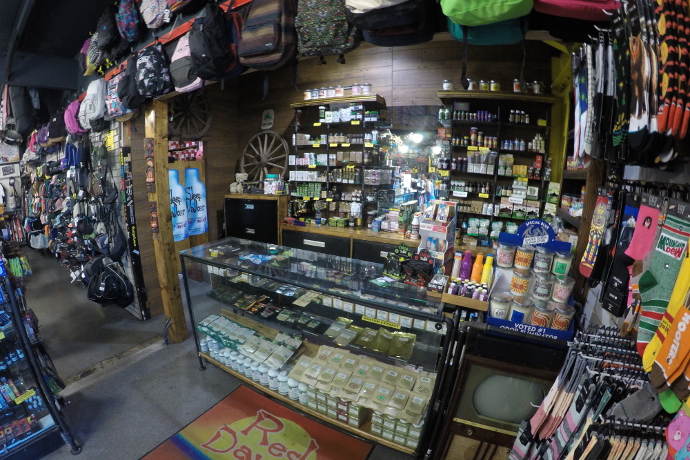 “Most average people that want to work here, they can’t maturely take that role,” Deon explains. “They need structure. They need to be told what to do . . . This place will eat them up. They’ll do great at first and then next thing you know they’re just talking all day.” So, self-starters only. Check.

The shop’s emphasis on alternative rec accessories like skateboards and BMX bikes doesn’t in any way dilute their chops as smoke shop curators. The pipes may be sectioned off to prevent minors from gaining access, but like every category in which they specialize, they take the “go big or go home” approach here too. As buyer for that department, Deon is locked onto the market like a Patriot missile taking down a SCUD (millennials, ask your parents about that one.) 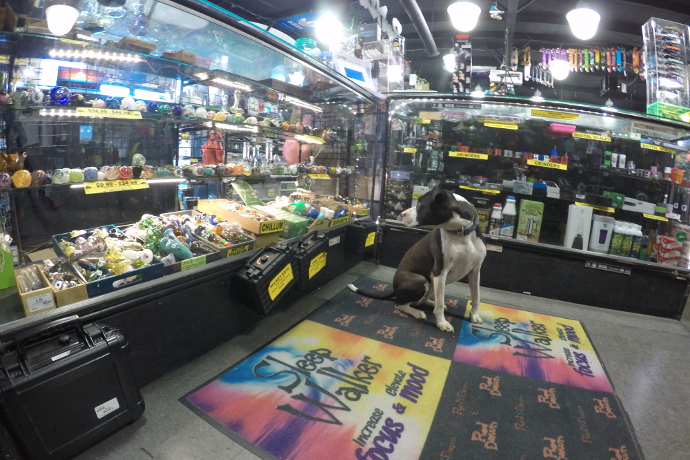 “Some places around here don’t go to trade shows at all,” he says of their competition. “They just talk to their rep and the rep is like ‘Here’s a package. It sells great in your area. Boom.’ It takes a lot of time to do it right but it’s so worth it because when we get it, it’s all bad ass stuff. People are starting to recognize that and respect that about us.”

From there, he goes on to spout off a virtual encyclopedia of the industry’s hottest and most well-respected products. Exxus, Home Blown Glass, Chameleon, Magic Flight, PAX, Dr. Dabber SWITCH and dozens more get their turn, and Deon spares no detail in highlighting his reasons for carrying each. He’s honed in on the price/value ratio with a surgeon’s precision and passes his knowledge on to his customers with lavish generosity. He saves some of his biggest accolades, however, for Red Dawn, the fledgling focus and energy supplement company from Atlanta that sprouted from the head shop world and has recently begun forged its way into the mainstream.

“Chuck is my dude!” he says of his account manager. “We’ve been carrying their stuff since practically when they started. We’re probably their biggest single store account. It does really well with our kratom customers.”

To spout off all the causes for the store’s wow factor would be akin to naming every granule in a bucket of sand. That might be hyperbolic, but their notable exploits could at least take up a few more installments of the column you’re currently reading. They offer free skate and BMX lessons to kids every weekend. The boss once took the entire staff (16 employees) to Costa Rica, where they toured the country and gave away literally two tons of skate and BMX equipment to the locals. When Tulsa brought back their semi-annual river raft parade, they built a floating halfpipe and used it as it was floating down the river. We could go on but who’s got the time?

From everything Deon describes, the shop sounds less like the profit machine of a standard business and more like a living organism, a creature that evolves and grows naturally with the gentle guidance of its creator. Deon doesn’t miss a step when the suggestion is made.

“Yeah. We call it the ‘Quickie-Monster.’”