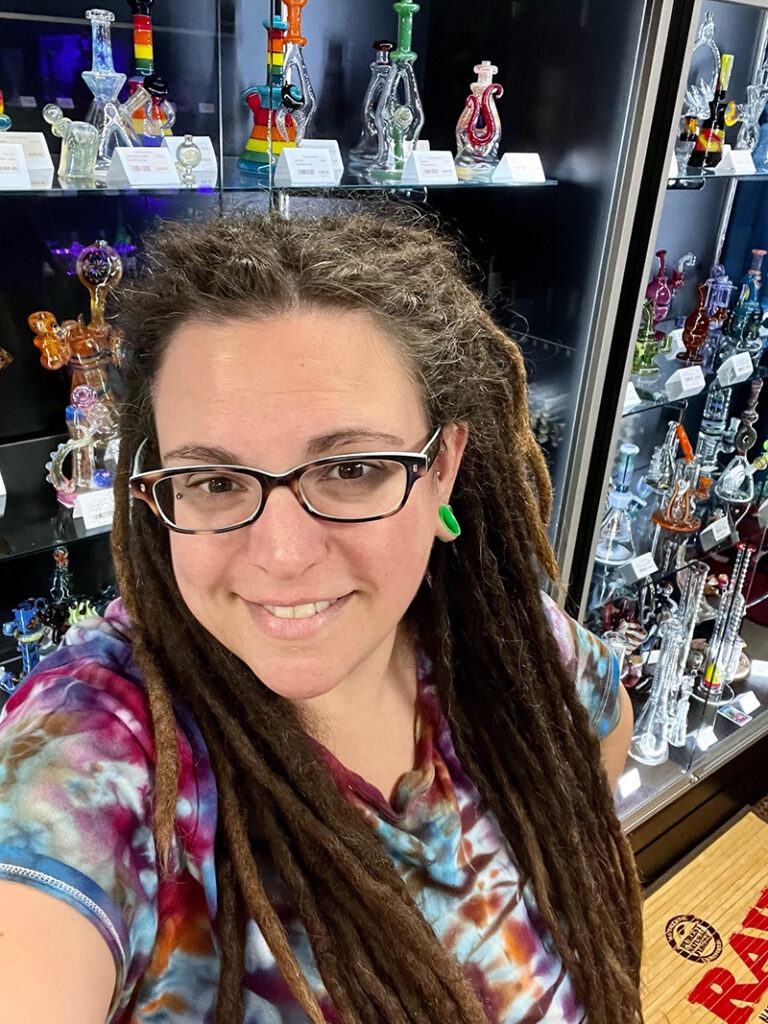 Shana Wilkinson considered putting on a little makeup before leaving her house on the day she planned to take pictures for this story, but then she remembered that not only was she going to be busy running errands for her businesses, it was also her gym day. Lipstick and eyeliner were the least of her concerns.

As co-owner of Smokey Shay’s, a thriving trio of North Carolina smoke shops, Shana has a lot to keep her hopping — she even makes tie-dye apparel for the shops. Being somebody who likes things done her way, she’s as hands-on as possible, even with trustworthy managers in each location. 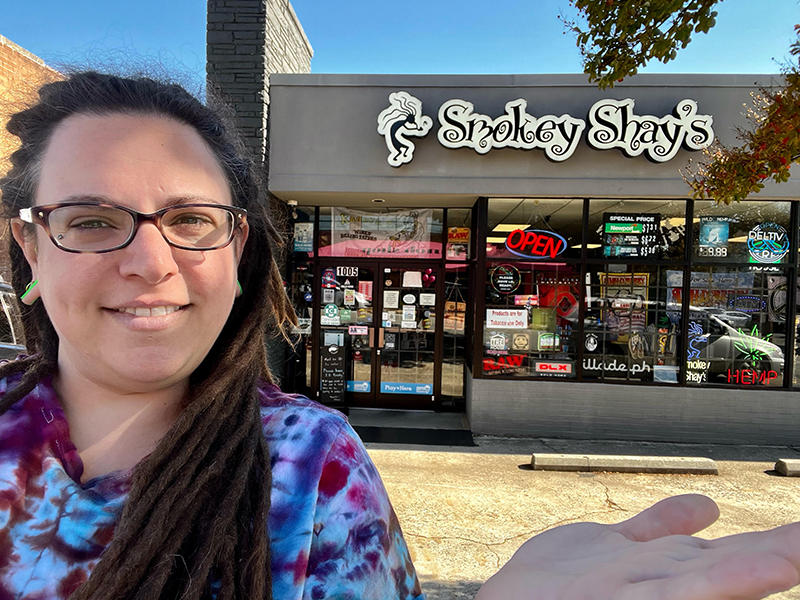 “I have very high expectations,” Shana admits. “If I don’t have my thumb on everything, it feels like it’s gonna slip away.”

“I have to step back every once in a while and remember that I’ve done my best to train my staff, pay them well, give them benefits, and know they’re going to do the best that they can,” she adds. “I’m very blessed to have wonderful employees. Still, they just don’t have the same investment in the business as me.”

Being among the minority of female smoke shop owners has proven to be an advantage for Shana when building relationships with vendors and distributors.

“Most of them are men and they’re respectful of me and like to chit chat and find out what’s going on and how they can help me,” she says.

When it comes to dealing with customers, Shana says it’s a different story. When the rare complaint comes in through email, the automatic signature back is that of her business partner, Matt Rogers. If she leaves it at that, things typically turn out fine. But if she signs her own name, even though she’s the owner, the customers often treat her with disrespect no matter how much she tries to help them.

“Honestly, I don’t even worry about it and just let them think they’re dealing with a man,” she concedes. “If that’s what makes them happy, it’s okay with me.” 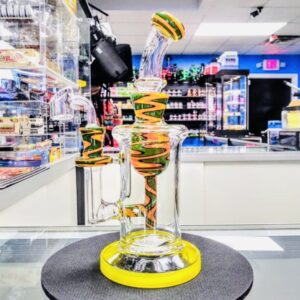 But Shana doesn’t shy away from being a mentor to other business owners. A frequent contributor to smoke shop owner groups on social media, she freely shares her knowledge and experience, and in the local community, she’s willing to help those with all kinds of businesses from bars and coffee shops to thrift stores.

“There’s no real secret to having a successful business. When I mentor another smoke shop, I always tell them the key to being successful is having your finger on the pulse of what’s happening,” Shana says. “You need to listen to your customers about the products that they want in the store; you need to make sure your store is clean, brightly lit, organized and well stocked, and you need to make sure that your employees are happy.”

As Shana points out, it doesn’t matter whether you’re a manager of a smoke shop or Walmart or a gas station, if you are not being the role model for your employees, they’re not going to respect you.

“Not only do I coach them through what I need and expect in the business, if they need advice or help with something in their personal lives, I’m going to do whatever I can for them,” she says. “By treating them with respect, I earn theirs in return.”

That same example shines for other women considering a career in the quickly evolving smoke shop and cannabis industries.

“Without sounding too sexist, I do think women generally run stores that are better stocked, cleaner, and better organized. We are more creative when it comes to running sales and loyalty programs, and finding that niche that makes our stores stand out from the competition,” she says.

“There’s a place for every woman in this community and it’s celebrated and appreciated,” she adds. “If that’s your dream, and you’re willing to put in the work, I say, go for it!”