Trent Bohl doesn’t have a job. Yes, he owns businesses that afford him a comfortable living, but they don’t constitute a job in the classic sense of the word. A job is something you do, most often begrudgingly, to make money. Trent, by contrast, has a passion-fueled creative compulsion that happens to pad his bank account.

It’s the classic conundrum of the chicken and the egg. Do you create a business to make money, or do you make money by virtue of the fact that you create? For Trent, it’s most definitely the latter.

It began with—and still revolves around—Smokey Joes West, the now-thriving smoke shop destination in Silver City, New Mexico he and his wife, Tanya opened together in back in 2014. At the beginning, it was a fledgling, 1300 square foot retail space run primarily by his better half, but it wasn’t long before they outgrew the confines of their walls. Within seven months, they had purchased a building more than three times the size of the initial location.

With more room to create, Trent then launched his next project: Cactus Jack’s, a gluten-free, organic café and grocer. Next came the 7 Point Farms, a medical cannabis dispensary, followed by his hemp cultivation site. Somehow, in the midst of all of this, he also found the time to begin developing the EZ-J rolling system, a series of continually evolving contraptions designed to make rolling the perfect joint as simple as packing a bowl. Our use of “compulsion” wasn’t an overstatement.

Every one of these undertakings are solid revenue generators, but while Trent isn’t exactly dismissive of this point, it’s not really what he’s interested in discussing. He’s focused on the bigger picture; the reason at the core of his decision to ditch his successful, 25-year career in the car dealership business to do what he’s doing now.

“At the end of the day, all this push is really just to wake people up,” he puts simply. What he means by that is he wants to open people’s eyes to the possibility of something better, to realize that there’s more to life than the 9-5 grind, light beer and football; that it’s possible to be successful without adopting the “kill or be killed” mentality so common within the world of commerce. It all stems from his own personal journey. 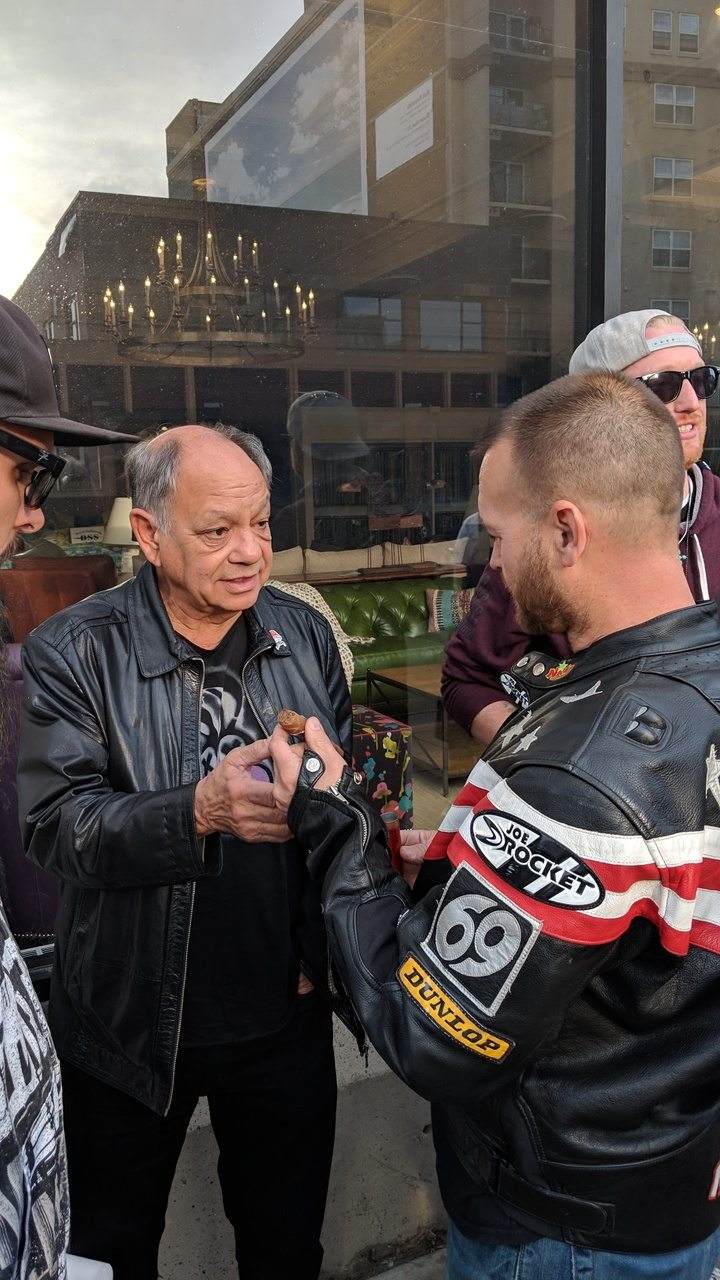 “I was the most western TV-hooked kind of guy there was. I was on 24 pills a day and weighed 300lbs. I’d already lost a couple of friends to heart attacks. I was like, ‘I’d better look at something different.’”

He started by replacing his beer consumption with cannabis, something his previous mindset had never allowed him to consider. That one decision was the catalyst for a complete transformation. Diet was next. He cut the garbage and the gluten adopting an organic, whole foods diet. Within the first year, he dropped 100lbs.

“I started having this energy and drive I hadn’t had since I was 20,” he recalls excitedly.

His formula for each of his businesses is the same; quality, consistency, expertise, and an abandonment of the zero-sum mentality so prevalent in business. For Smokey Joes, that means putting both the

customer and his employees first. A happy employee makes a happy customer—and a happy customer means repeat business. They only carry products that they themselves have tested and always ensure they can educate the customer on every aspect of those products.

“Even if you sell the right product,” he explains, “if you sell it wrong, they’re going to have a bad experience. Before our customers walk out the door, we make sure they understand exactly what they’re buying and what it’s capable of.”

They’re not sitting still. As this article goes to press, Smokey Joes will have just undergone a major renovation. The new look will include a larger humidor (that only stocks 100% natural tobacco), a massive smoking lounge (which will also accommodate cannabis users when full legalization comes to fruition), and more integration between the café with which the shop share’s its building. Success is ongoing, but Trent practically shrugs it off.

“I guess the question is, where does success lie? I don’t know what success is, to be honest. I have friends that are really big into the tobacco world . . . These guys have a lot of money and I see them always pushing for more. I think from a business perspective, as long as we’re in the black, the employees are happy, and there’s a path for growth, that to me is success.”