Terrapin brewmaster and co-founder Brian “Spike” Buckowski graduated from college with a corporate video communications degree, but something didn’t feel right. He wasn’t pursuing his passion, so he picked up a hobby: homebrewing. After a few years working at it, post-graduate life started to make more sense. “I went to brewing school in Woodland, Calif., and became a professional brewer in 1997,” he tells Creative Loafing. “I started at Atlanta Brewing Company, and a couple years later, helped open Five Seasons in Sandy Springs. Terrapin became a dream in 1999 and a reality in 2002.”

Now at the helm of one of Georgia’s oldest and most celebrated craft breweries, Buckowski stays busy dreaming up new brews in Athens — and also sometimes abroad. He was recently invited to New Zealand to create three new beers — Spike’s Pilsner, Spike’s IPA, and Spike’s Red Rye — for Boundary Road Brewery’s “The Resident” series. Back from the trip, he’s looking forward to what promises to be Georgia’s most prolific craft beer year yet. “More craft beer!” he exclaims about the future. “It feels good to know Terrapin has opened the doors for other breweries in Georgia to jump into this awesome industry.”

I remember drinking Busch and Black Label way back when, but the first real beer I remember trying was a Guinness export. I was working at a pharmacy when I was around 17 years old. They sold all sorts of stuff, including liquor and beer. I remember Guinness was the most expensive beer in the cooler, so it had to be good. Well, I was completely wrong. It was the strongest and most awful beer I had ever tasted. I even spit it out. I had no idea what real beer should taste like.

As one of Georgia’s oldest and largest breweries, what is your perspective on how far the state has come with regards to alcohol legislation and how far it still needs to go?

It still has a long way to go. When we first started, there were struggles around every corner. We couldn’t even brew beer over 6 percent ABV! Yes, it is getting better, but we have many legal issues that need to be looked at and changed. I’m hoping with more breweries opening that we’ll see some laws and regulations change for the better.

Terrapin takes its name from a Grateful Dead album, and the craft beer and music worlds are becoming increasingly intertwined. What’s your place in that?

If I’m not brewing, I’m either traveling or seeing live music. Athens has long been known for its great music scene and for the bands that have come out of it. I play drums, but never started a successful band. I compare my experience with Terrapin as if I was in a band. I develop recipes and compare that to writing songs. When someone buys my product and drinks it, I feel like they are buying an album. Instead of listening to it, they are drinking it.

With craft breweries popping up left and right in Georgia, how would you advise someone considering entering the industry?

Man, I can go on for days on this question. Work or do an internship in a working brewery first. Have enough money to do it right. Be careful who your potential business partners are. Know what good beer tastes like, and make yours better. Be ready to work your ass off. If you think you have all the answers, you don’t. Have a unique product. If your flagship beer is an IPA or pale ale, find another hobby. 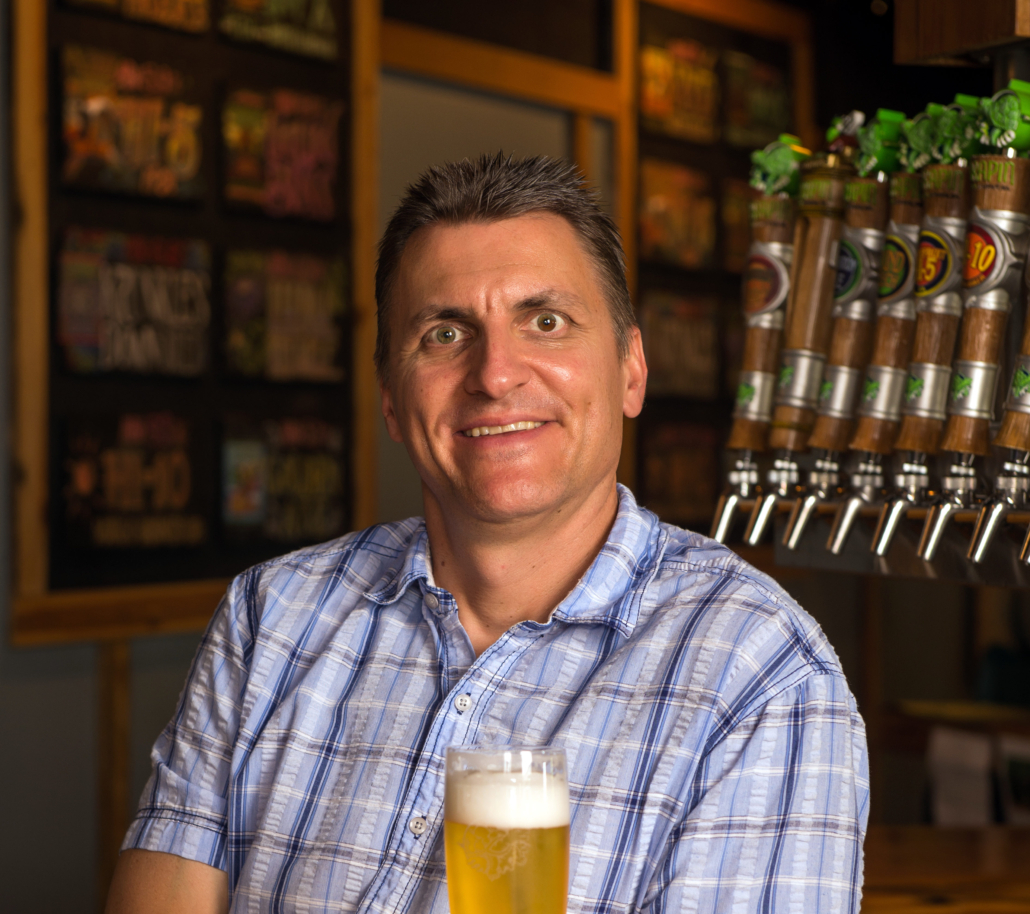