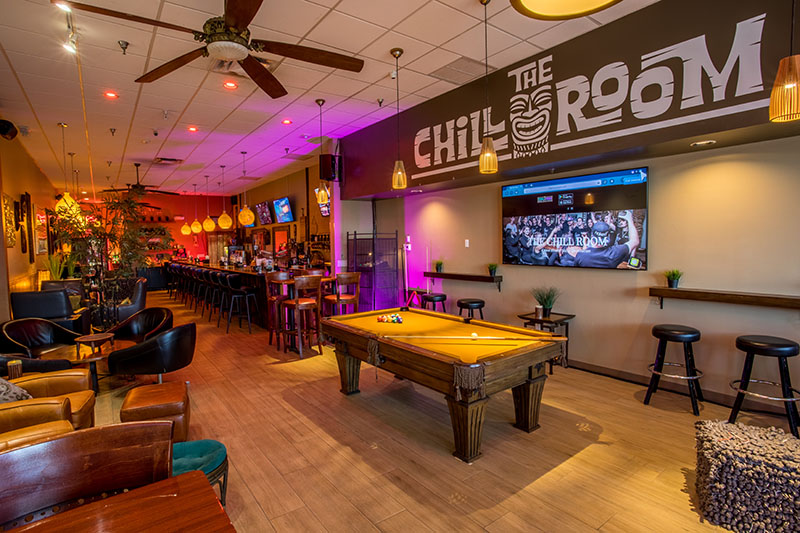 Baby steps. Organic. These are just two words to describe the evolution of the Chill Room in W Palm Beach/ Worthington, Florida. Robert Cartagine opened his first vape shop in 2015 with great trepidation, but after realizing that his entire family stopped smoking and started vaping, he saw that there was a need.

“In addition to the value of vaping, I also saw that we had a chance to create a true family business and incorporate my (then) 18 year old son and daughter,” he shared.

He started with vape, but also tapped into the growing trend of kava, an organic extract from Indonesia. When he opened shop #2 he added a kava bar, a glass room (including a kiln), and now, seven years later, is franchising his model.

“I was a corporate guy,” he confessed, “and though I believed in the product, opening our first shop scared me to death. We started with developing our own e-juice, called Indigo, but after taking it to an event in Las Vegas they suggested that we open a retail store to build a following. So that is what we did.”

“After that event we took a road trip through Sedona, Arizona, a very spiritual and cosmic town. My wife, Lynn, and I had never visited a fortune teller, but we did this time and she told me that I was thinking about opening a business, and if I did, it would be wildly successful. My kids thought I was nuts, but they decided to join in and we created our first vape lounge, The Vaping Store. We modeled it after Southern California/ LA shops and had a tasting bar and a few display cases.”

By 2017 they considered opening a second location and had a 3000 sq. ft. unit offered at a great price. The vape scene was already shifting, so they had to decide what to do with that much room. Since Joey, the junior Cartagine, and his friends frequented a local kava bar, they suggested that they use that large space for kava alongside vape.

The Cartagine house had a game room where Joey and his pals hung out, and they called it The Chill Room, so that is what they named the new shop. Brewed kava creates a feeling of relaxation and in most cases, a sense of happiness or euphoria.

There was still extra room after the vape and kava lounge, so they added a glass room and invited glass artists from all over to come and visit, which they did. A kiln was added and between the three different rooms, it was always busy.

“We got a great response from the glass blowers and they loved it here! They were welcomed as celebs and sold thousands of dollars of glass,” Cartagine said.

Since Florida vape laws made it tough for the under 21 crowd, they remodeled and expanded the kava bar to the front of the shop, added a stage, and started hosting regular entertainment and open mike nights.

“I can’t believe the talent that performs here, including a few candidates from American Idol and The Voice!”

With a six figure plus monthly sales volume, the time came to expand again, but this time they did it differently: by franchising.

They added other smoke shop products since they started offering their franchise in October 2021 and have five sold which are in varying stages of development. Not all will have the glass blowing aspect, but they will all offer kava bars and smoke and vape shops.

“And we are very selective,” he added. “We want owner operators and not someone who wants to be hands-off.”
Their franchise model sells for $29,900 and charges a standard 6% revenue fee plus 1% for marketing. So far most new franchisees are in Florida, but they also have one in Boston and Phoenix.

Baby steps. Evolution. They all exemplify the journey that Cartagine is on. “I love the game,” he exclaimed! “I’m working harder now (at 60) than I ever did in corporate America, but having so much more fun. When we have 50 locations nationwide, then maybe I’ll rethink things.”