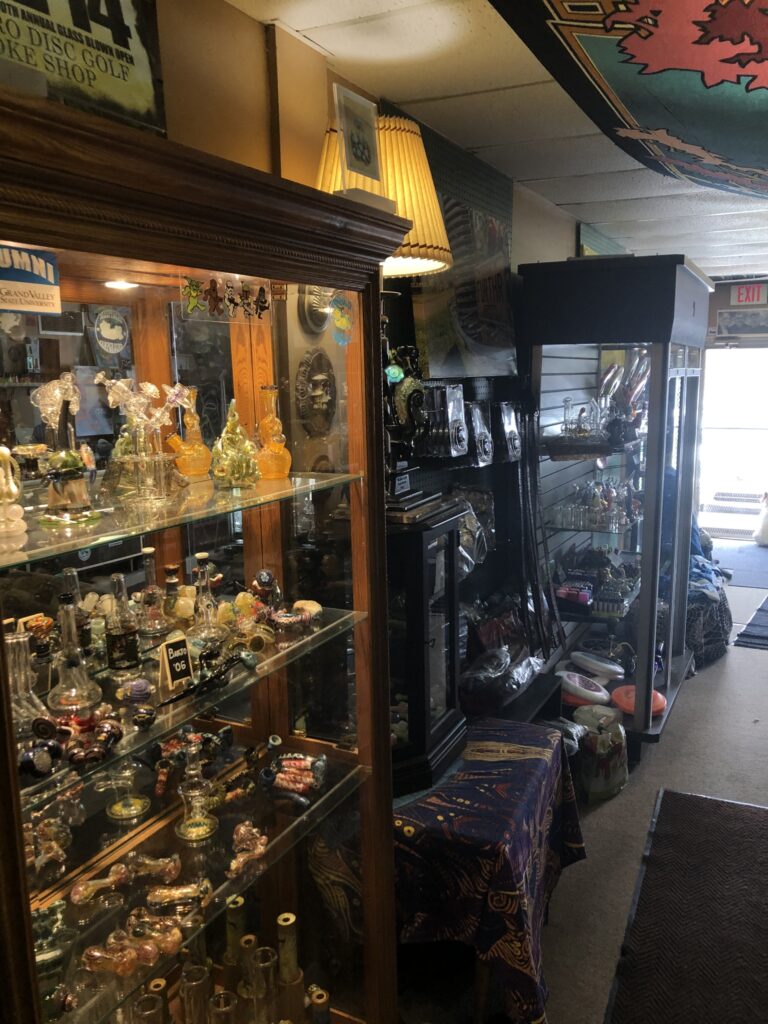 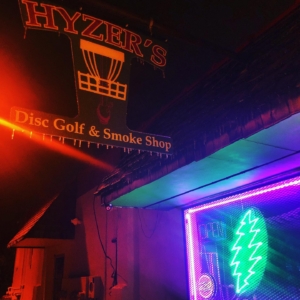 Nick Lawrence and the Magic of the “Ish”

Say what you will about the virtues of a solid work ethic—and believe me, no one over here will argue. But despite obvious truth in reaping what you sew and the lip service we pay to the insatiable appetite of the modern capitalist, there is nonetheless, something magically refreshing in Nick Lawrence’s words. It’s at least partially the blunt honesty, but mostly, it’s the comfort coming from the obvious sentiment behind the words; that reminder that you can prioritize your peace of mind over a piece of the pie and still achieve a measure of success. 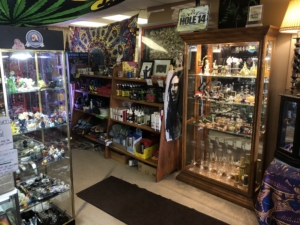 There’s a degree of humor in his delivery. His words are even framed by a slight chuckle. But he’s not kidding—at all. This was his dream; not to dominate or horde, but merely to live and do so on his own terms. Mission accomplished. Hyzer’s the Grand Rapids, Michigan 420 boutique he’s owned and operated for nine years, is not only what’s kept him fed, but the reason he owns a home and never stresses over bills.

“When I opened,” he recalls, “there were three smoke shops in Grand Rapids. Now there are more than 40.” Not surprisingly, this reality, a result of Michigan’s move to legalize, has wreaked havoc for a lot of his competition. Not for Hyzer’s, though. 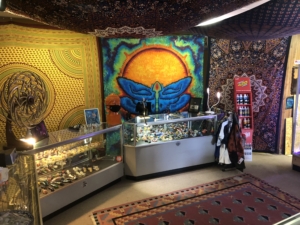 “I run lean, man,” Nick explains. “I don’t have that many bills . . . I don’t even have my gas hooked up at my shop because my store is in the middle of two other stores that run their heat and we have a drop ceiling. It stays 72 year–round . . . I don’t have a bunch of employees, either. Some of these stores will have three employees on the floor, even at the slowest time of day. That’s a lot of wasted money.”

For the record, when he says he doesn’t have “a bunch of employees,” what he means is, he doesn’t have any employees. He’s a one man-operation, and aside from a brief time when his girlfriend split the hours with him, it’s been this way since day one.

“The sign on my door says, ‘Open noonish to seven,” he chuckles. “My customers don’t panic if I show up 10 minutes late. They understand the ‘ish’ part of this.”

All conventional wisdom suggests—nay, screams—that this approach shouldn’t work. Yet, it does. Clearly, at least part of it has to be some sort of stoner witchcraft, but it’s also a result of finding the right niche and filling it perfectly. 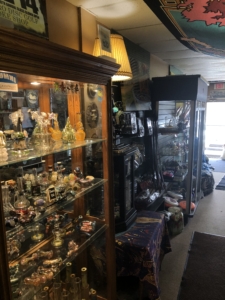 “Most of the shops are pretty much the same,” he says. “They’re just these generic money-making machines with all of that Rick and Morty bullshit you see in every gas station.” Nick instead prefers uniqueness and quality, and that goes for both the products and experience. It also goes for his marketing approach.

“I could spend $2,000 on a radio campaign or a bunch of billboard ads,” he explains, “It might help, but at the end, that money’s gone. Or, I could spend $2,000 on a beautiful heady piece. It’s not so much to sell as it is to attract customers. Eventually, though, I’ll sell it. Maybe I’ll only get a 20-30% margin, but really, even if I just sell it at cost, that’s a win. Then, I’ll buy another one to keep it fresh. Customers like it when the inventory stays fresh. That’s why I keep the prices low, too. My margins might be lower, but my inventory stays fresh and people always get a good deal. That’s basically the secret; give the customers the nicest stuff for the best price.”

“Here’s the pitch I give my customers,” he later adds. “‘Go to every single smoke shop in town. Visit all of them and see what the coolest thing you can get with $50 is. I guarantee you that what you can buy at my store for $50 is going to be a lot cooler that what you can get for that price anywhere else.’” 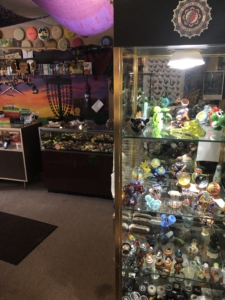 He goes silent as the conversation winds down. He’s said his piece and he’s ready to get on with his evening. I ask him if he has any parting words. He hesitates, takes a breath, and lets out a deep sigh. 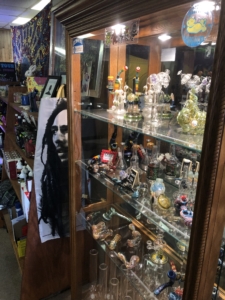