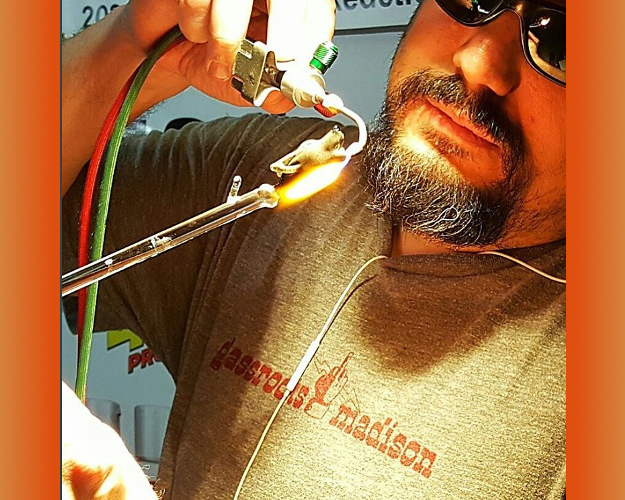 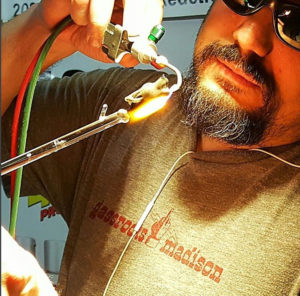 Tito Bern is surrounded by glass. Not only has Bern been a professional glass blower since 1999, he’s also the owner of Bern Glass Gallery, in Burlington, Vermont, and is the guiding force behind the Pipe Classic, one of the longest running and most esteemed functional glass competitions on the planet.

“I’ve always been in love with the art of pipe making,” says Bern, who got into pipe making back when it was a very secretive art and there was no internet to learn from or promote your work. 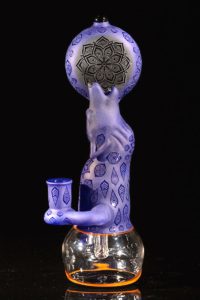 Bern began as a straight production glass blower making sherlocks, spoons and bubblers. It wasn’t until he opened Bern Gallery in 2014 that he switched to creating headie pieces. The smoke shop gave him an outlet to sell his own work as well as that of other local artists.

“All the glass blowers knew that I was one of them,” he says. “I was building a business that was all about local glass blowers.” 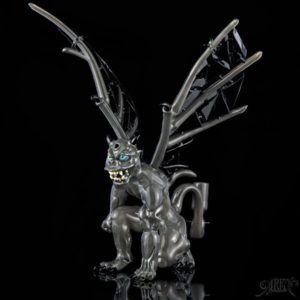 “As an artist, it’s very much whatever I want,” he says about inspiration for his pieces. “I’m definitely a traditional pipe maker in the sense that my pipes need to function excellently – it’s very much about form and function.”

“As an industry person, you’ve got to innovate every second; if you sit in your laurels for two seconds you’ll be run over by the army waiting to take you out,” he adds.

Bern is quick to give credit for some of that innovation to one of his glass blowers —- Dr. Whitestone. 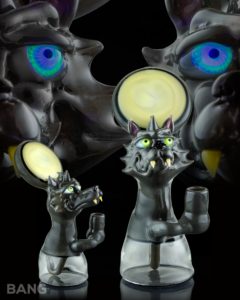 “He’ll help me with the idea, and then my speciality is turning it into a functional piece,” Bern says. “He helped me work on my patented ‘up-wave perv’ so that you can hit it as hard as you want, but you’ll never drink water.”

Another innovation to come out of the Bern studio is the “Plasma Pipe” – basically, a hollow tube that is filled with a combination of inert gasses that spark to life when electrified.

“I love the reactions that pieces get,” Bern says. “I like to keep my pieces vary rare – there will never be a hundred pieces of mine that look the same.”

“I feel like I have no choice,” Bern says when asked why he does what he does. “This business plucked me out of the world and sucked me in – I swear it runs through my blood.”