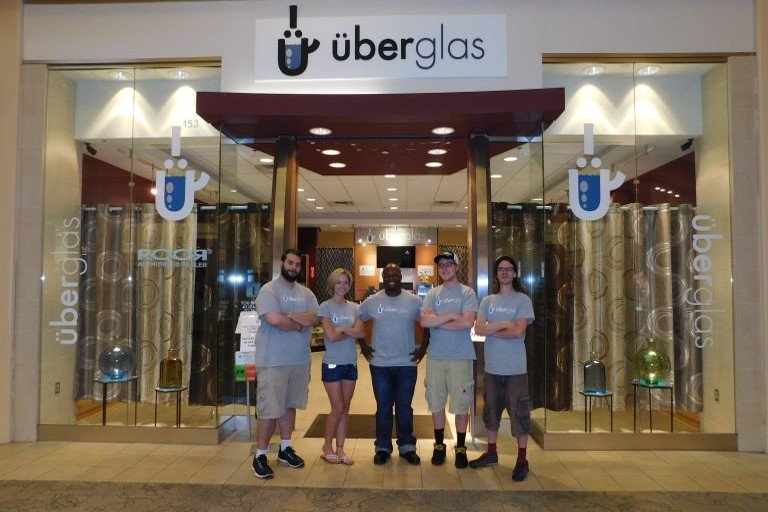 There’s a saying about running a successful retail business: Location is everything. For Uberglas, being located in the Pittsburgh Mills Mall clearly has its advantages.

“We definitely get the foot traffic,” says Jamal Johnson, co-owner of the Tarentum, Pennsylvania smoke shop with fiance Brandy Pelusowe. “We get people from all walks of like coming in who never knew before that there was such a store in the mall.” 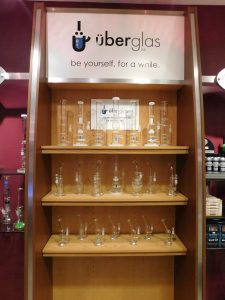 Doing business in Pennsylvania means that the smoking products must be labeled for tobacco-use only. Being in the mall has its own restrictions, such as making double sure that customers (especially those making a purchase) are 18 or over, and the mall has said no to items like chillums, scales, and detox drinks that they feel represent the nefarious side of the smoking community.

“When we first opened, it was a little different for people to see our store in the mall, and at first we got a little bit of negative backlash from people who just weren’t ready for this type of business to be in this location,” Brandy says. “We’ll still get a person making a complaint about us every few months, but we really don’t have any issues.”

Uberglas has a sleek interior design that almost could be mistaken for an Apple or ATT store – there are sheer curtains in the front windows (another mall request) to hide a little better what’s going on inside, but the main doorway is wide open just like any other retailer along the concourse. The staff at Uberglas reflects that upscale environment; keeping positive upbeat attitudes and professional appearances. 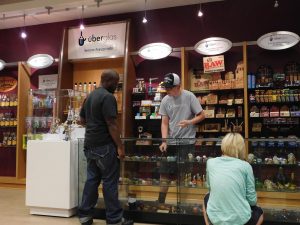 “We wanted it not to be like an old dungeon smoke shop,” Jamal says. “We wanted to be classy with a professional look and atmosphere that’s inviting to all kinds of customers.”

When Jamal and Brandy acquired Uberglas in 2014, one of the first things they did was to modernized the business with a computerized inventory management system that helped to keep track of costs and profit margins. Another “upgrade” was forming a strong team that care about the representing the Uberglas name and are passionate about the products they sell.

“We have a small staff (as many as five), but they’re very effective,” Jamal says.

Inside Uberglas are showcases displaying a wide variety of functional glass ranging from five dollar hand-pipes to water-pipes from RooR, Pulse, Grav Labs, Empire Glassworks, and Crush Glass. They also focus on unique pieces from independent local glassblowers, such as Neil Coe, Brandon Dorn with Monster Glass, John the Glas Smyth, and Alyssa Schaffhauser Wired, and just like in a gallery, they help promote the artists by putting their names with their pieces for people to see. 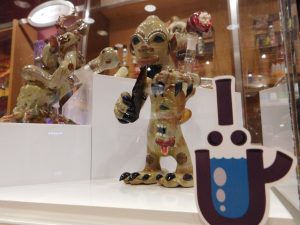 “As this industry grows and expands, we’ve added more rigs as the customers have become familiar with that style. People will come in, and they’re like a kid in a candy store,” Jamal says. “They’ll talk to us for hours about all the different pieces. . . we don’t mind that at all; we’ll bring the piece down so they can see it up close, and sometimes we’ll even put in some water so that they can check out the functionality.”  “We’ll get older guys, who are used to the one-hitters and the little bats, and they’re overwhelmed,” Jamal adds. “They down’t know what to say about how far the industry has come.”

Jamal, 32, who works a day job in IT, and Brandy, 27, who ditched her career as a hairdresser to run this new business, travel to industry trade shows, like CHAMPS in Denver, to stock up on the latest and greatest merchandise. As Jamal says, they’re “exploring the scene and seeing how far it can expand.” CBD edibles, from Cured Bomb Desserts, are one of the newest products they’ve tried out with good response.

“Being in the mall, we do get people to try out some of these new products,” Jamal says. “We had feedback just the other day from a customer who said he bought some and it really helped his sickness and nausea. It makes me feel good that we’re making a difference for people, and helping them to ease their pain in a way that doesn’t totally destroy them.” 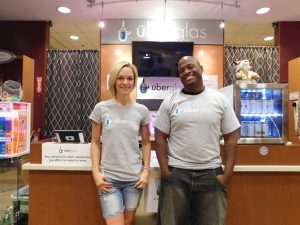 Uberglas is surrounded in the mall location by a pet store, Hallmark card shop, and and a pop-up vendor that might be offering meats and cheeses or massages depending on the season. Speaking of seasonality, Jamal says that being in the mall during the holidays is the best part of the whole thing. On Black Friday, traditionally the busiest retail day of the year, Uberglas will have special sales and promotions to draw in the shoppers, and Jamal confesses that boy does it pay off!

Still, Jamal and Brandy agree that the success of Uberglas is not so much about the money, but in furthering the awareness of the whole industry.

“We’ll get people who are like ‘What’s an Uberglas?’ and ask if we’re related to the Uber car service,” Brandy says with a laugh. “People get the idea as soon as they see the glass. We educate the customers on what they’re looking at and buying, and we try to give them more than enough information about everything in the store.” 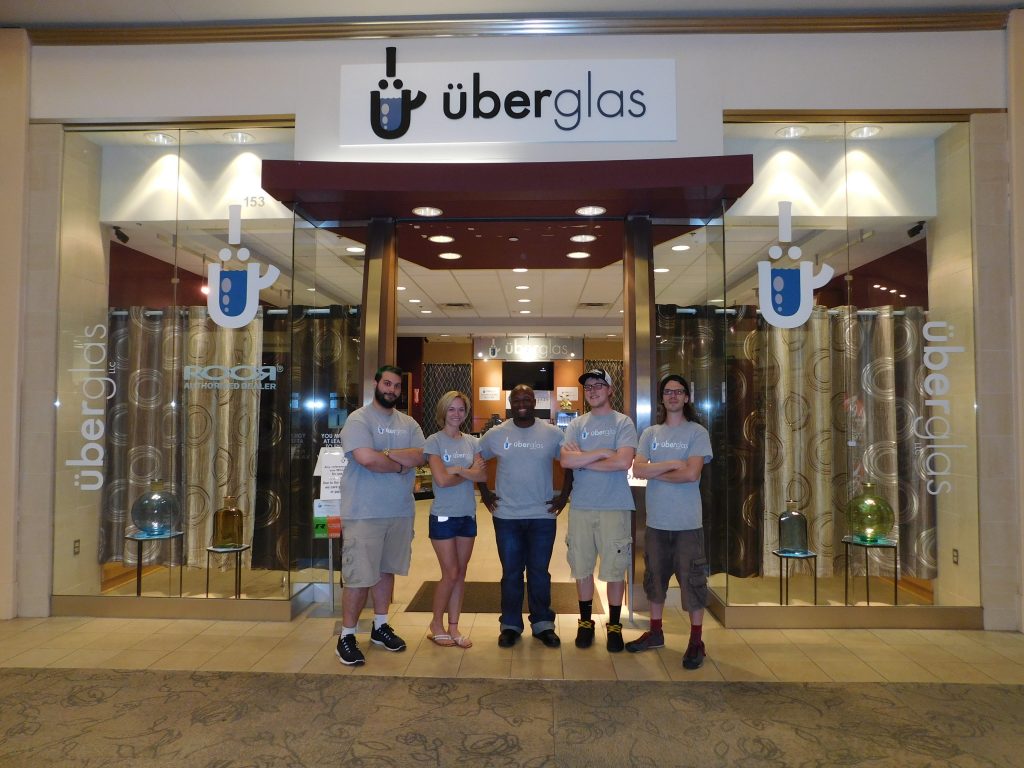