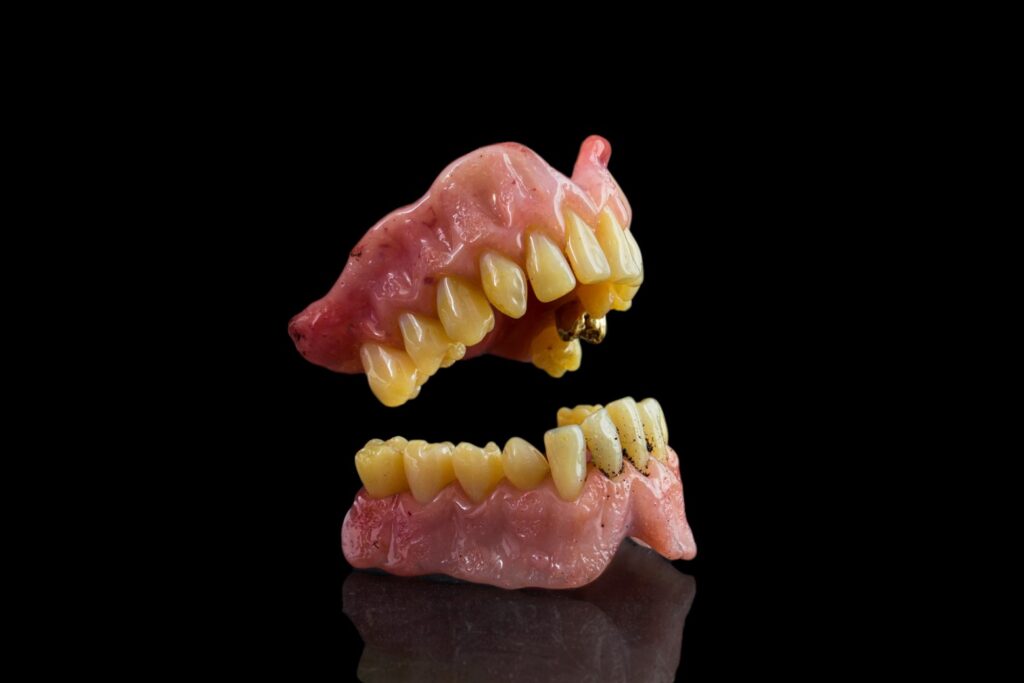 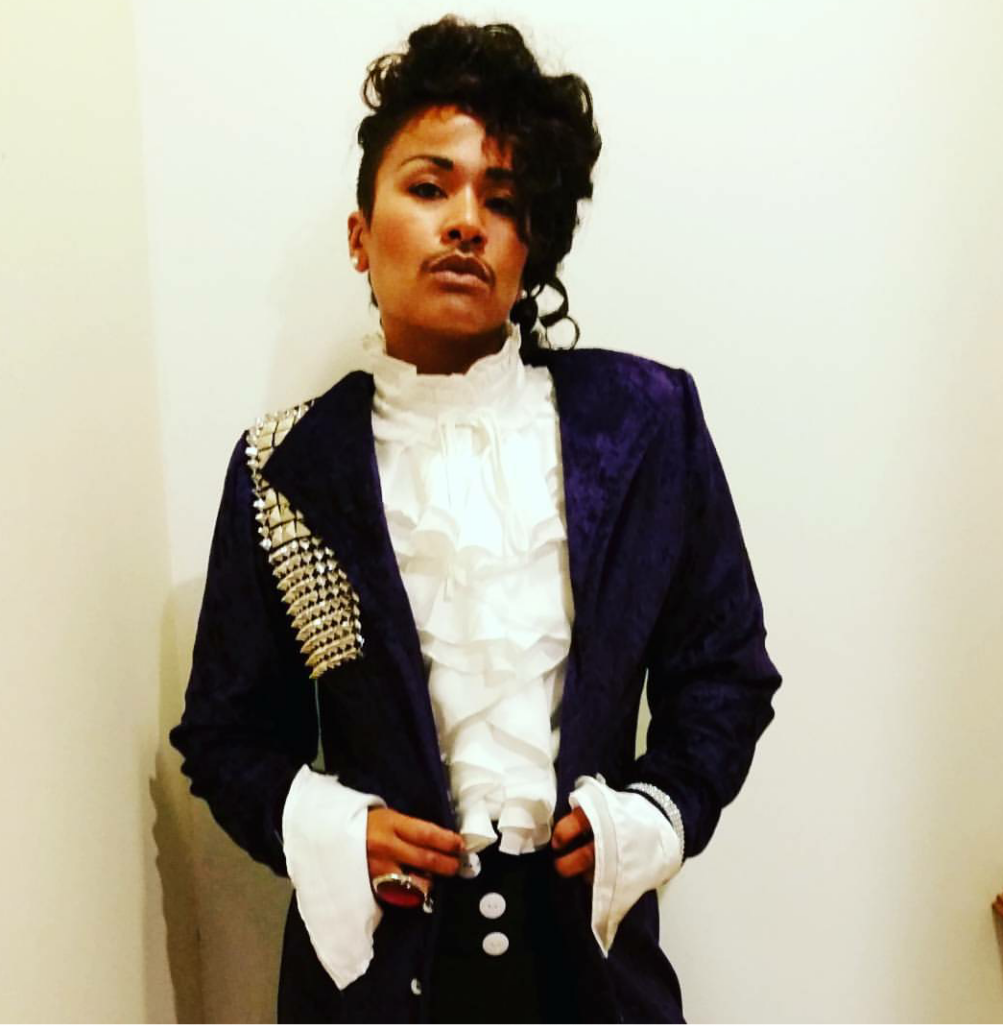 Some people are into feet, some are into eyes. Kim Thomas is into teeth.

“They’re like little tiny jewels that grow out of your gums,” says Thomas, a Detroit-based glass artist, best known within the pipemaking community as Zii. “When people talk to me, I like to look at their teeth — you can tell a lot about a person from their teeth. Some people have naturally perfect teeth that look really pretty, but the majority of people don’t.” 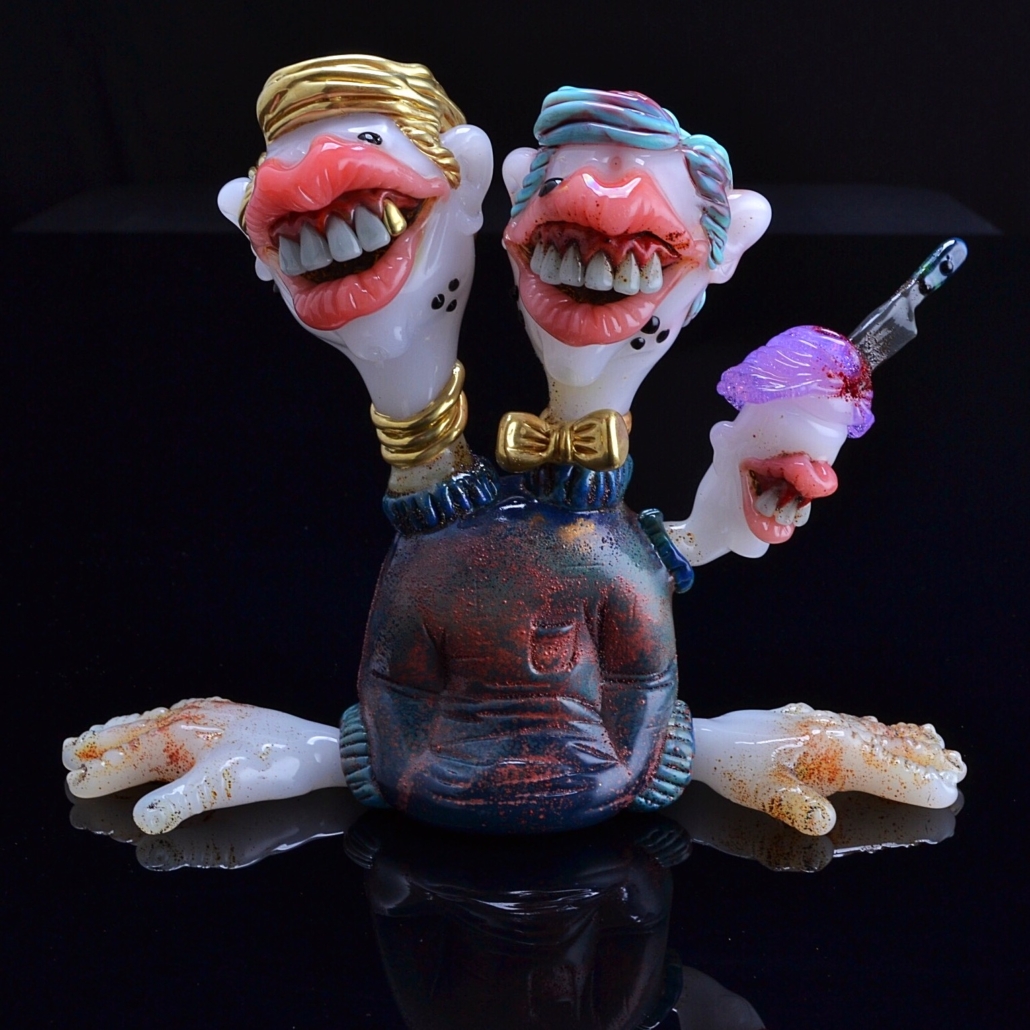 Crooked, misaligned and abnormal choppers are most inspiring to Zii, and she turns them into functional smoking accessories. Dentists, as you might expect, are among Zii’s biggest fans. She’ll sometimes swap her glass version for one made of plastic for a set of dentures. One fan sent her his actually dentures, straight out his mouth, in trade. 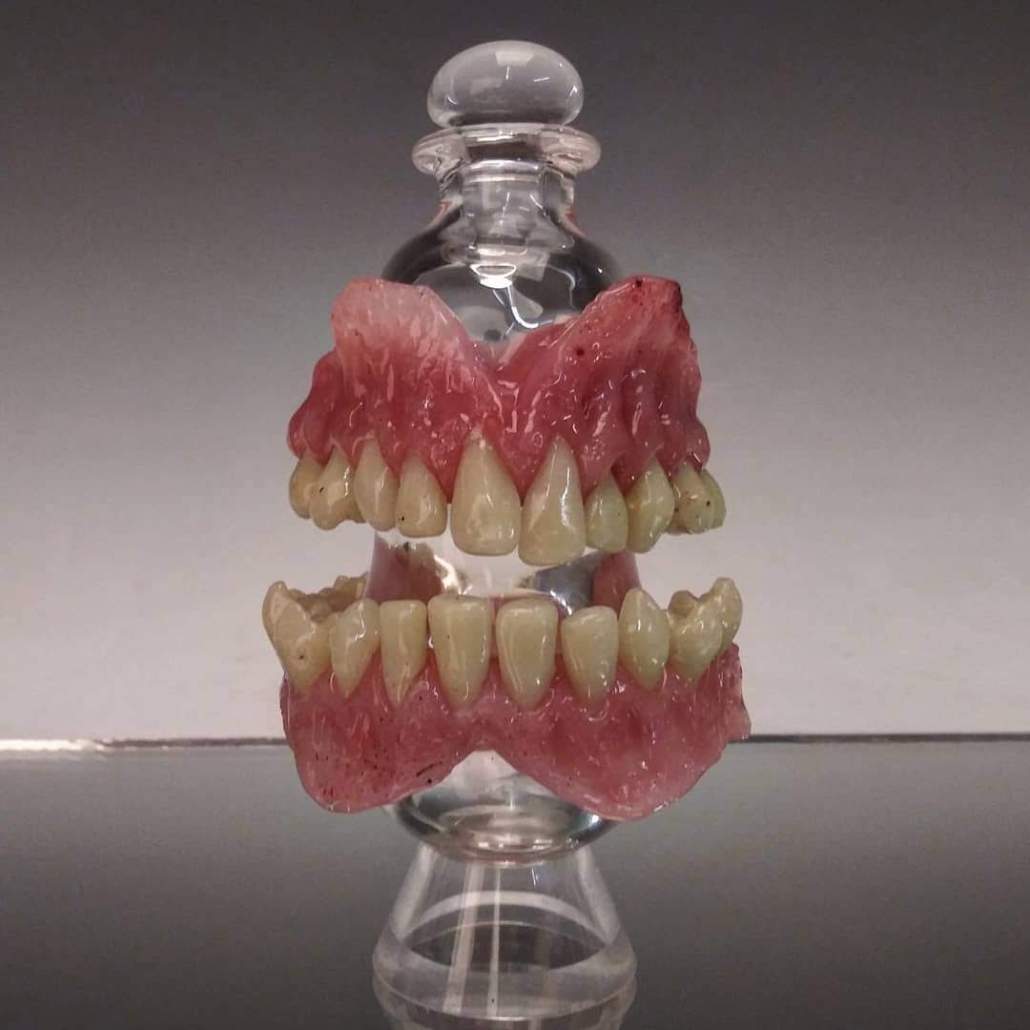 “I eventually gave them back,” Zii admits, “because he needed to eat.”

Zii, nicknamed after her classic 1978 Camaro Z28, has a background in sculpture and ceramics from the Rhode Island School of Design, and later worked as a special effects makeup artist on movies such as The Road. Her introduction to the torch came when she responded to a Craigslist ad seeking a glassblowing apprentice. She thought it sounded fun and would take her artistic talents in a new direction. When she arrived for the interview, she found the flameworkers making pipes. A decade later, Zii has worked in glass studios in California, Texas, Philly, eventually landing in Detroit, home of the Michigan Glass Project. 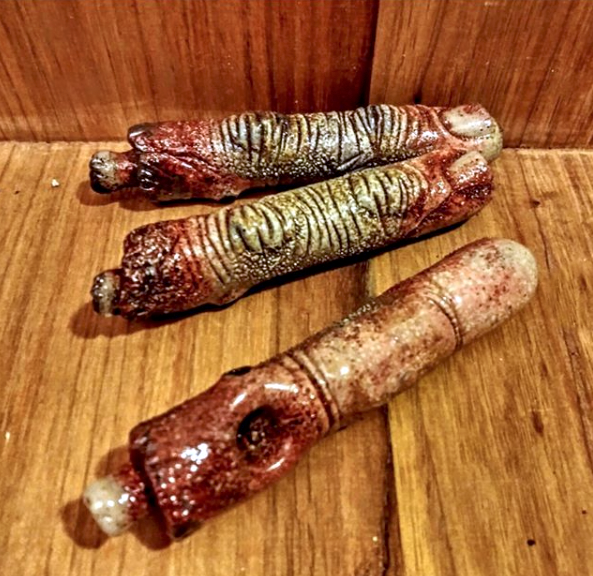 As an artist, Zii believes the most creative and engaging work is influenced by things going on in the world that find their way into your dreams. 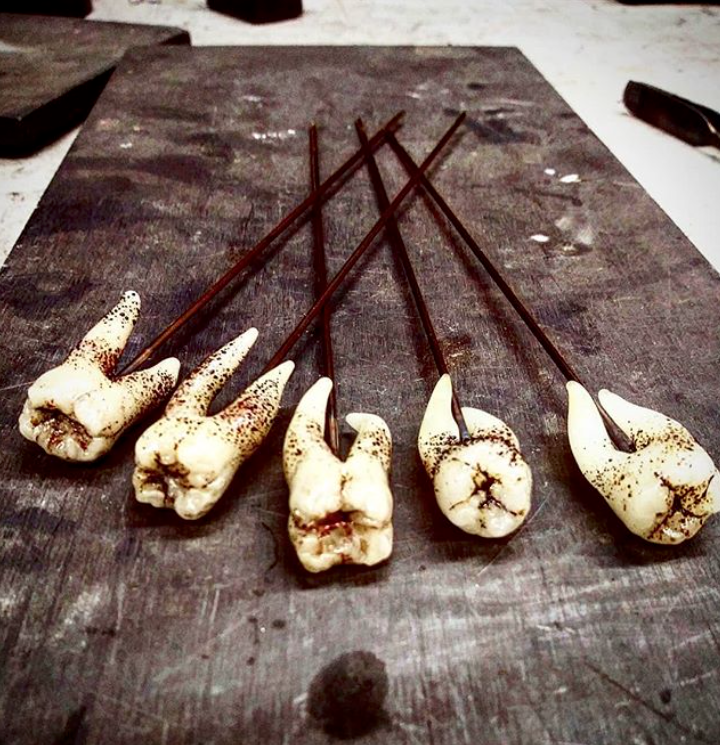 “I don’t really dream that much,” she says, “but I used to have a lot of nightmares.”

Some people mistake Zii’s severed finger pipes as zombie fingers, but actually they’re a callback to her anxious habit of biting her nails — the ghoulish solution she dreamt would be cutting off her fingers altogether. The inspiration for sculpting hyper-realist vagina pipes isn’t as gross; it’s actually about the beauty of childbirth. The idea for pipes in the form of dirty socks and underwear came from walks around the city and finding people’s discarded undergarments on the sidewalk. 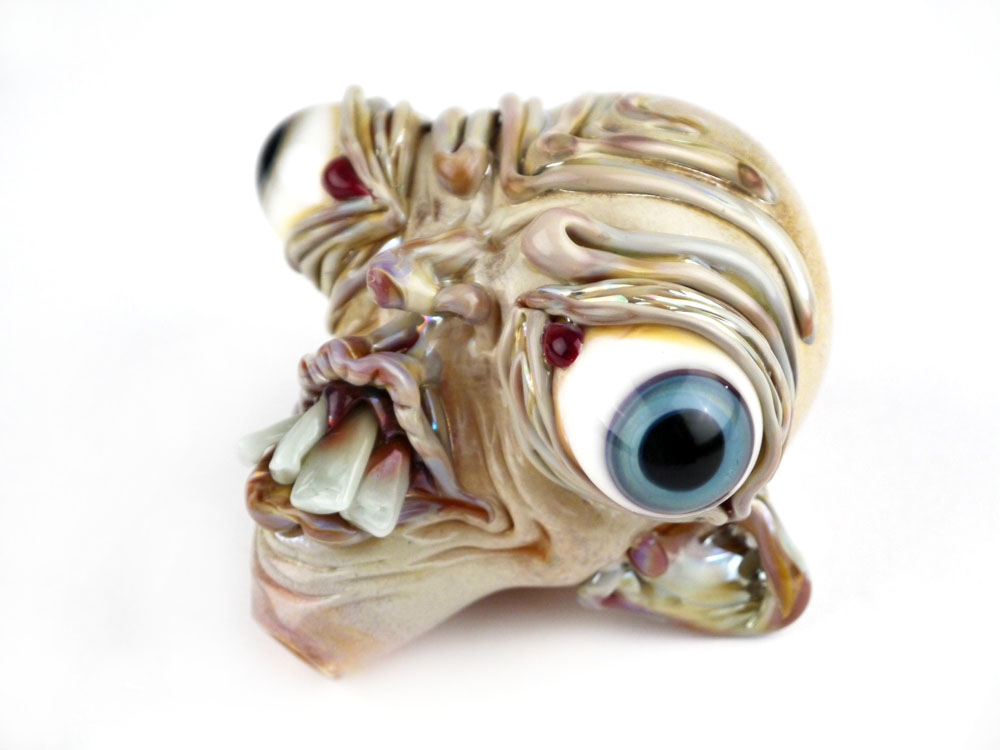 “It’s easy with pipemaking to get pigeonholed into making one type of piece –- if you’re doing it as a living, you have to please your fans and make things they will buy,” she says. “As artist, if you want to like grow and develop, and have some sort of message, you can’t just make one thing over and over.” 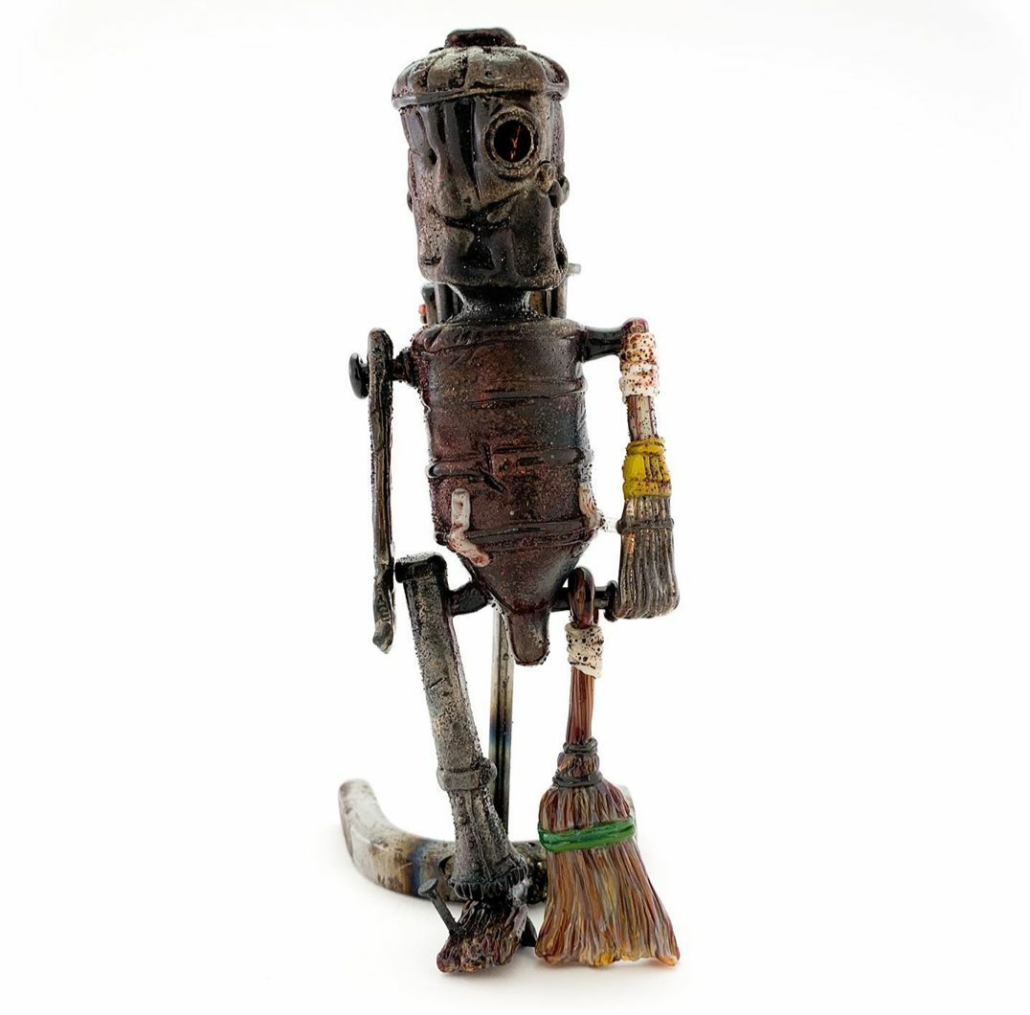 “Glass is a very diverse sculptural medium and lends itself to experimenting — you can have any size, shape, texture and color that you want,” Zii says. “You can break every single rule and not worry that your piece won’t survive.

“I love being part of the pipe community,” Zii adds.  “It’s amazing how hard the glass artist work, and that it started out as, and still is to some extent, a bunch of outsiders really pushing their art medium.”